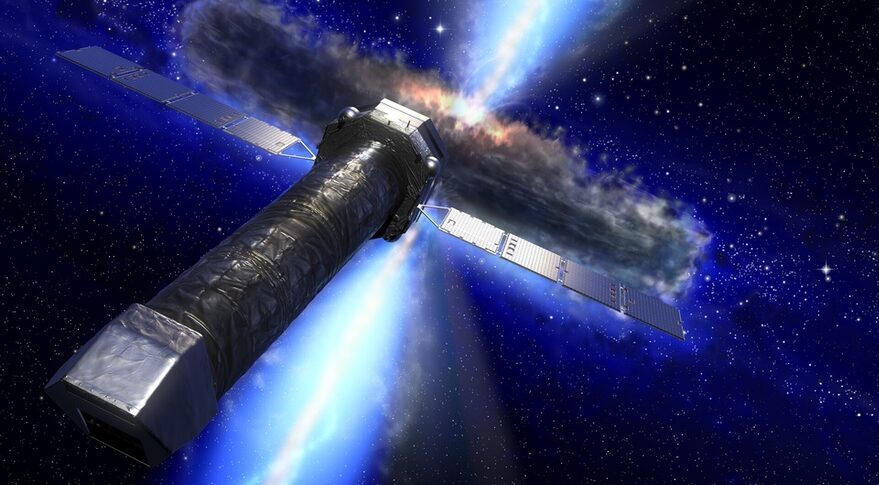 ESA is looking for ways to reduce the scope its planned Athena X-ray astronomy mission to get the cost to the agency down to no more than 1.3 billion euros. Credit: ESA

WASHINGTON — Faced within increasing costs, the European Space Agency is looking for ways to revise the design of a large X-ray space telescope, an effort that could have implications for NASA’s own astrophysics programs.

ESA selected the Athena mission in 2014 as one of two flagship astrophysics missions, along with the Laser Interferometer Space Antenna (LISA). Athena — a name derived from Advanced Telescope for High-Energy Astrophysics — would launch by the mid-2030s to study supermassive black holes, supernova explosions and other sources of X-rays using a large X-ray mirror.

As of May 2022, LISA has an estimated cost of 1.5 billion euros, but Athena had grown to 1.9 billion euros. This came even as Athena was making good technical progress, he said, such as in development of new lightweight mirror technology.

Much of the recent increase, he said, came after member states that had planned to make their own contributions to the mission backed out. “Several of the member states concluded that they were unable to fulfill their commitments,” he said, “and they asked ESA to take over their responsibility.” That increased the cost to ESA for Athena.

“These costs are not sustainable,” he said. “If we want to maintain the diverse content that is at the heart of our program, we have to cut the cost of our large missions.”

McNamara said there are no plans by ESA to cancel Athena, but the agency is instead considering a “rescoped” mission of some kind with a cost of no more than 1.3 billion euros. “We have to rescope the Athena mission to significantly reduce its cost.”

That rescoped mission, currently dubbed NewAthena, would likely involve scaling back its science. “At the moment, it does not appear feasible that we can reach the 1.3 [billion euro] target, the cost to completion for ESA, while maintaining the full science objectives of the mission,” he said.

That effort will involve potential changes to its instrument configuration as well as creation of a science “redefinition” team to reconsider science objectives. The goal will be to develop a revised concept, called a minimum disrupted mission, that will cost ESA no more than 1.3 billion euros but still perform science expected of a flagship-class mission.

What that means for the schedule of Athena is unclear. McNamara said ESA is preparing to “adopt,” or move into the next phase of development, either Athena or LISA in November 2023. The other will be adopted in 2024 or 2025.

Another uncertainty is the funding that will be available in the next few years for Athena and LISA, something that ESA member states will decide at the next ministerial council meeting in November. “At the moment we’re assuming a potential level of resources for the future,” he said. “If we don’t get that, we don’t know what’s going to happen.”

A redesign of Athena could also affect NASA. The agency is contributing hardware for one instrument on Athena as well as other resources, such as testing and calibration facilities for its X-ray mirror. McNamara said ESA officials have been in contact with their NASA counterparts about plans for Athena.

He added ESA would not rule out increased cooperation with NASA as a means of reducing ESA’s cost for the revised Athena mission. “No door is closed,” he said. “We’re looking for any way we can try to get the best mission possible within the programmatic constraints.”