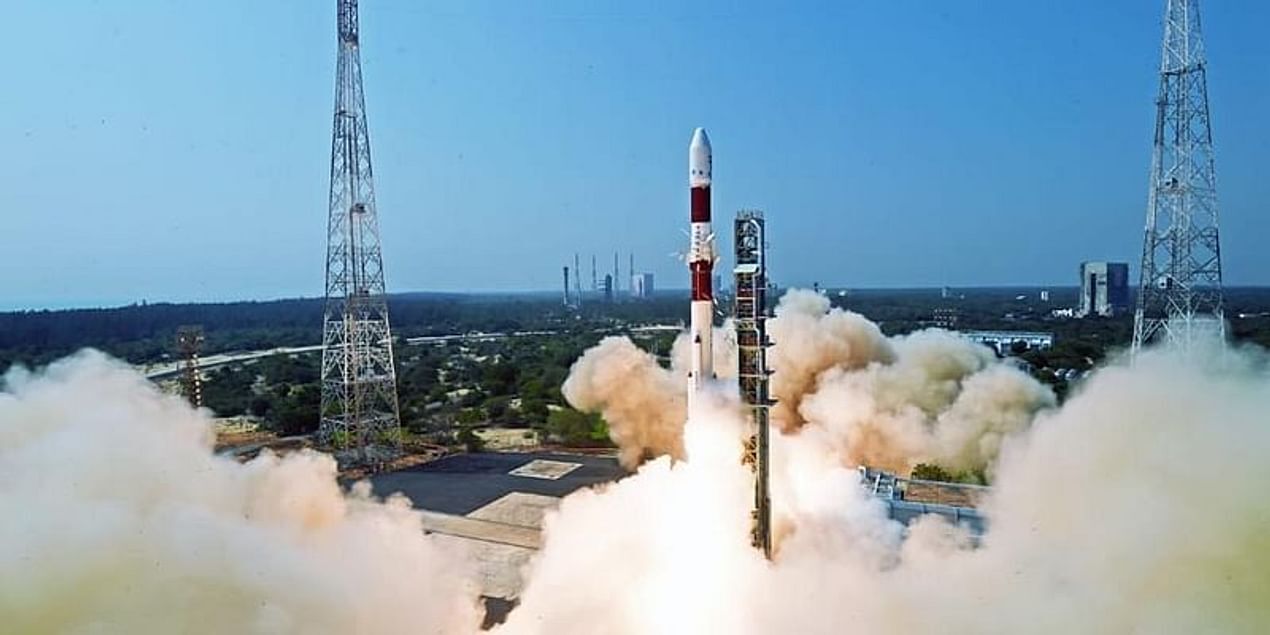 The new small satellite launch vehicle (SSLV) will help with commercial launches, and is reported to cost a quarter of the PSLV rockets currently used by ISRO.

The India Space Research Organisation (ISRO) has announced that it will be launching the much awaited new rocket, the small satellite launch vehicle, on August 7. The launch has been delayed due to the pandemic, but is seen as significant for India's 75th year of independence celebrations.

The SSLV will be launched from the Satish Dhawan Space Centre (SDSC) in Sriharikota, Andhra Pradesh. The launch is open for viewing to vaccinated citizens, with the registration link added to ISRO's Twitter post.

The SSLV was designed to be a small-lift launch vehicle to carry satellites to space at a fraction of the cost of the currently used Polar Satellite Launch Vehicle (PSLV). In light of the government's recent admission of having earned over $279 million in foreign satellite launches, the SSLV could provide a huge commercial boost in the future.

The maiden SSLV will be carrying the Earth Observation Satellite-2 (EOS-2), as well as the AzaadiSAT, which was designed by 750 rural students from across the country.

The EOS-2 has a lifespan of 10 months, and is being launched to help with India's attempts to map and develop several geographic information system (GIS) applications. Another well-known GIS, launched by the US, is the GPS.

The AzaadiSAT is a project organised by space startup SpaceKidz that brought together 10 girl students from 75 schools across the country to help design the satellite. This initiative was conducted to promote women in STEM education under the UN's initiative to designate 2022 the "Women in Space" year. Additionally, the number of schools was selected in homage to India's 75 years of independence. 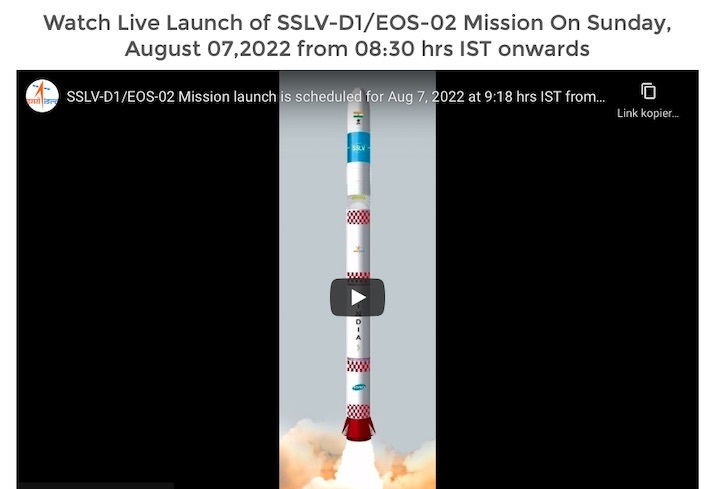 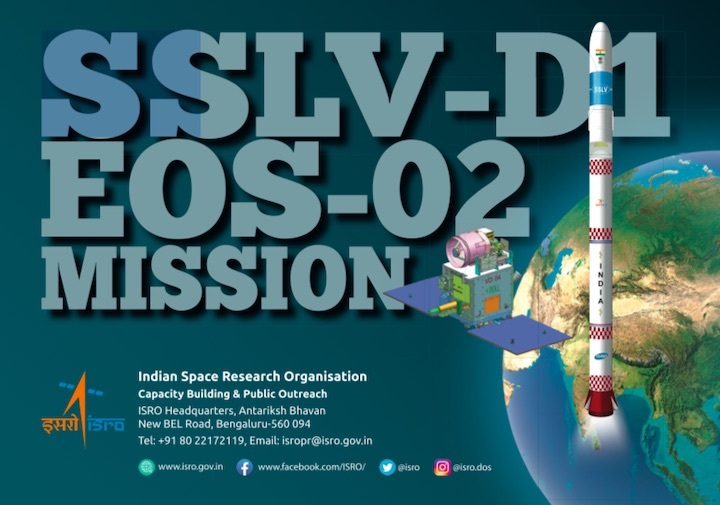 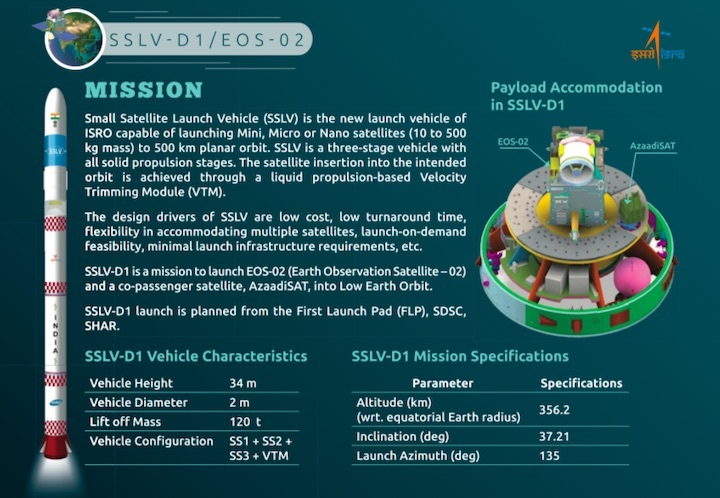 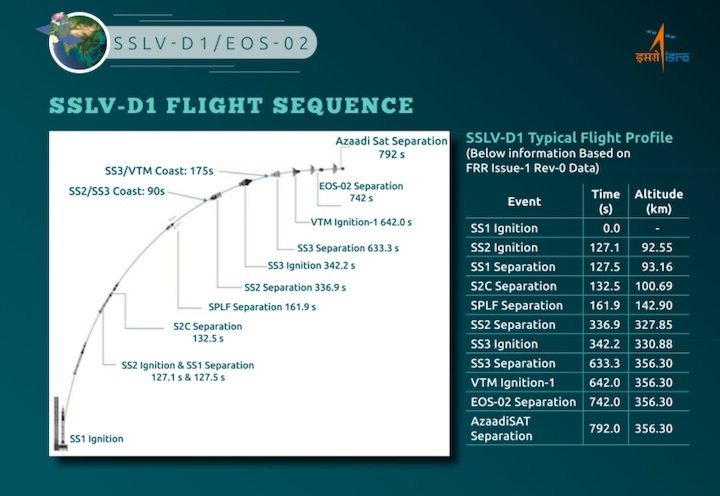 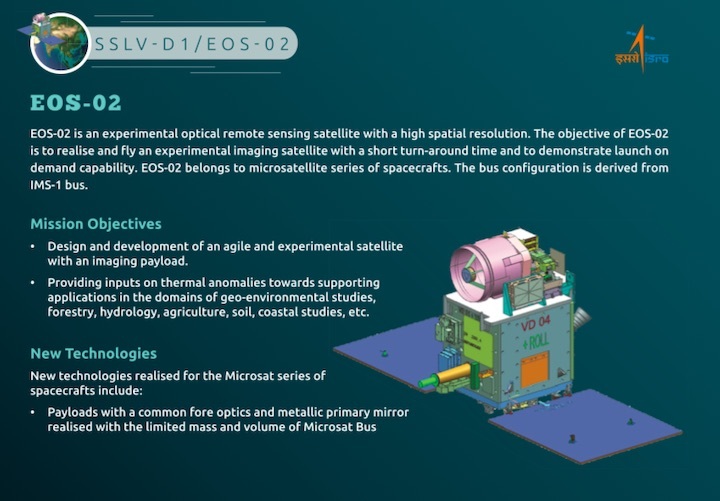 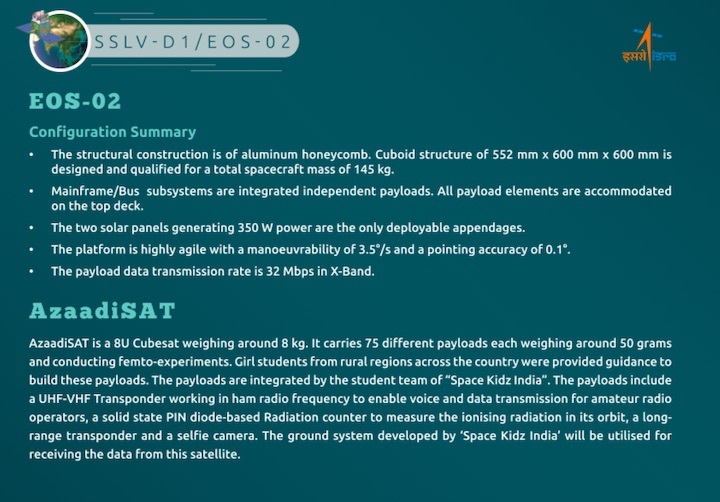 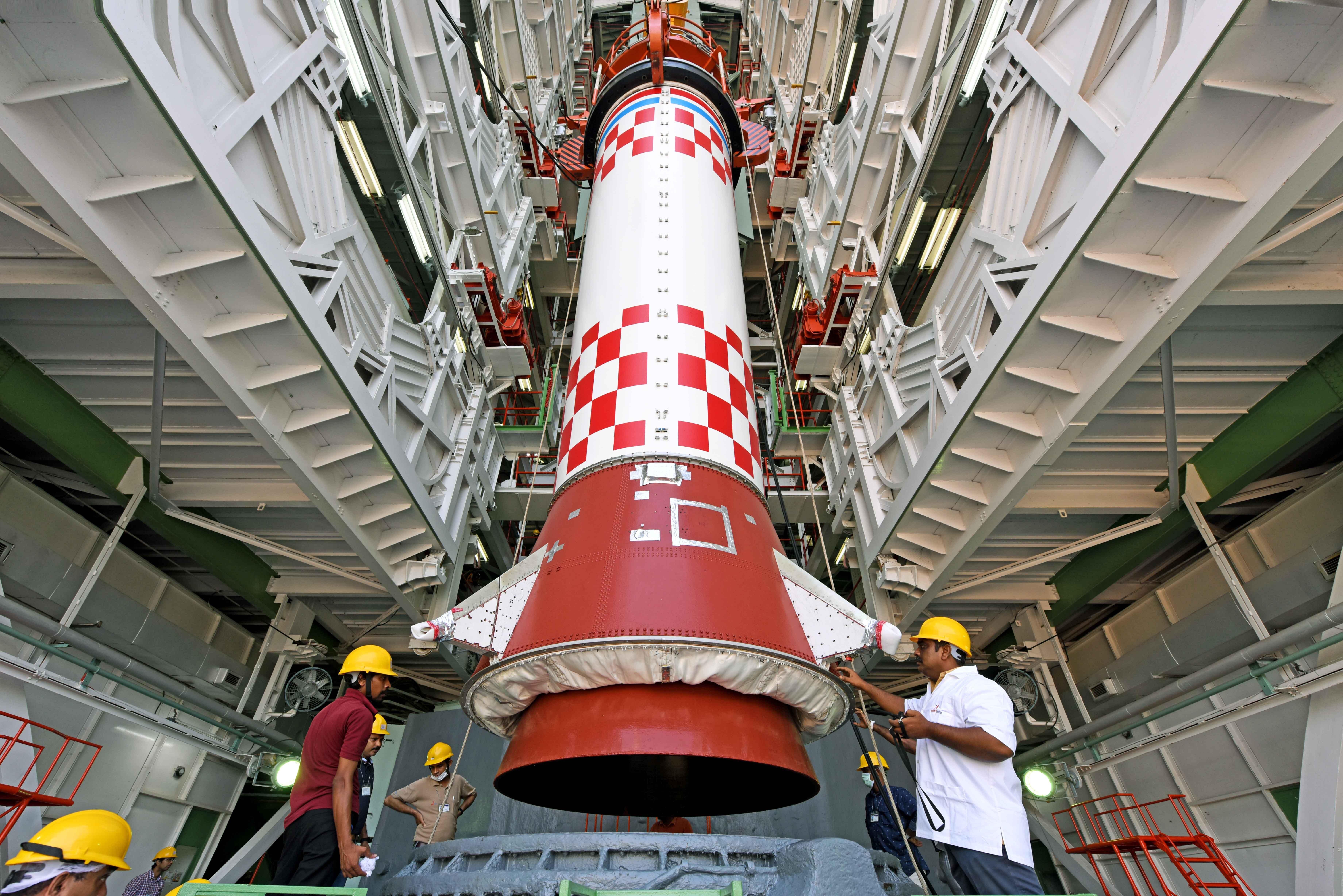 The Small Satellite Launch Vehicle (SSLV) of the Indian Space Research Organisation (ISRO) will make its maiden flight from Satish Dhawan Space Centre in Sriharikota on August 7 at 9.18 am. Besides its scientific and flight instruments on board, the rocket will also carry a few special packages. Among them is the Indian tricolour, which will be unfurled in space to mark the 75th year of independence.

The SSLV weighs around 120 tonnes and is about 34 metre tall, making it the smallest and lightest commercial rocket built by ISRO. The rocket can put a payload of 500 kg up to 500 km in planar orbit. But unlike bigger rockets, the SSLV can also carry mini, micro, or nanosatellites (10 to 500 kg mass). The smaller rocket offers benefits like launch-on-demand feasibility and minimal launch infrastructure requirements and aims to carve out a space for ISRO in the lucrative small satellite launch market. The SSLV can be assembled within a fortnight.
"The SSLV is a ready-to-transfer vehicle with modular and unified systems and with standard interfaces for end-to-end industrial production,” an ISRO official stated. ISRO chairman S Somanath called the SSLV a “game changer”.
The SSLV will be carrying two payloads on its maiden flight. The first is the EOS-02, an indigenously developed earth observation satellite, which will offer advanced optical remote sensing operations within the infrared wavelength with high spatial resolution.
The second satellite payload is the 8kg 8U Cubesat AzaadiSAT, which has been developed by 750 school girls across 75 schools in rural India. The satellite will carry a "special" space song along with the national anthem sung by Rabindranath Tagore to be played to honour the country. But just as importantly, it will be carrying a UHF-VHF transponder working in the 420-450MHz wavelength, which is used for ham radio, for creating a space-based LoRA (long-range radio) gateway. The experiment will determine if important discrete devices like sea buoys, tsunami buoys, and landslide monitoring sensors can communicate over long distances using LoRA satellites. Other instruments are a solid state PIN diode-based radiation counter and a selfie camera.
Quelle: CNBC
----
Update: 7.08.2022
.
Start von ISRO SSLV-D1/EOS-02 Mission 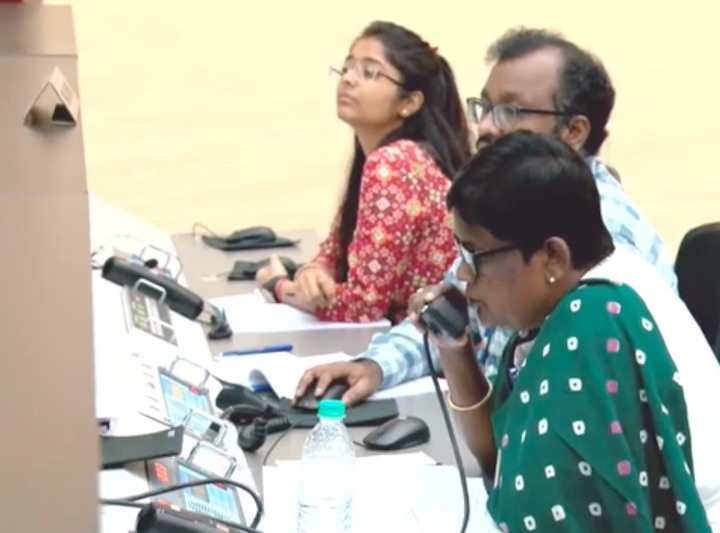 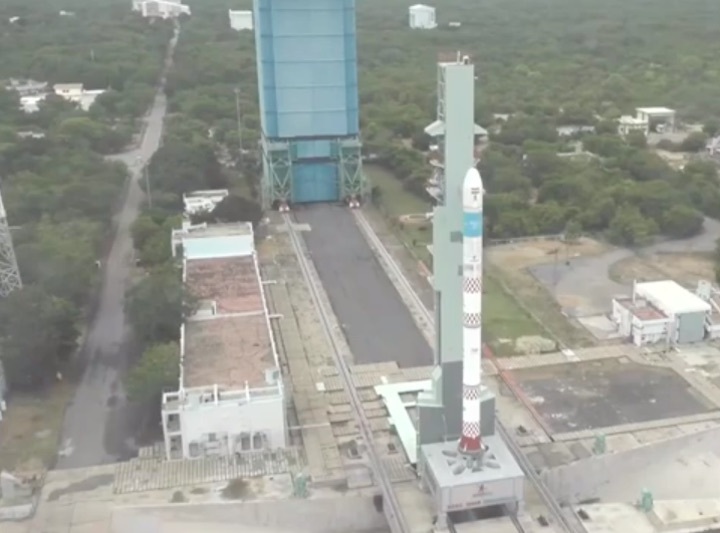 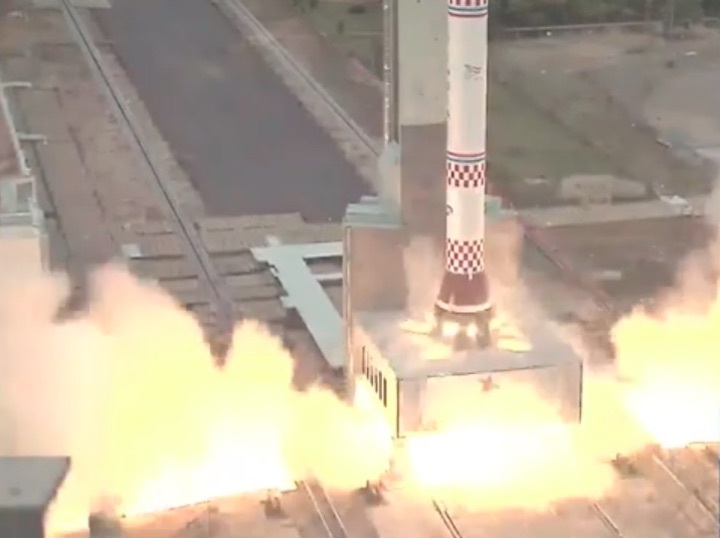 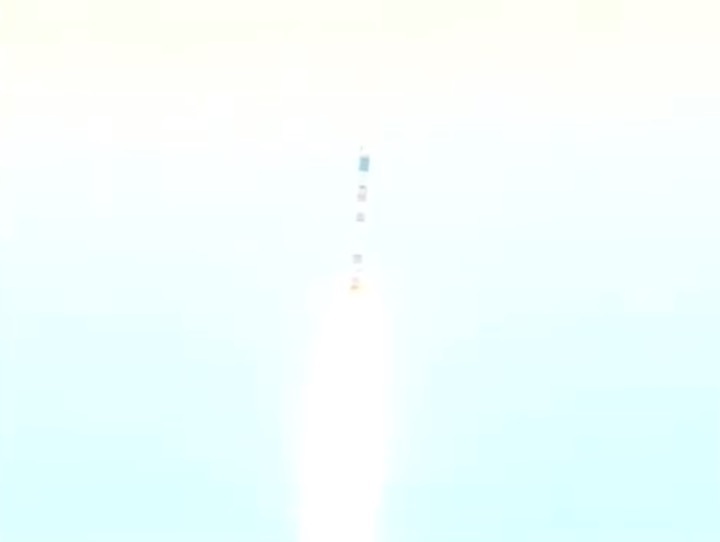 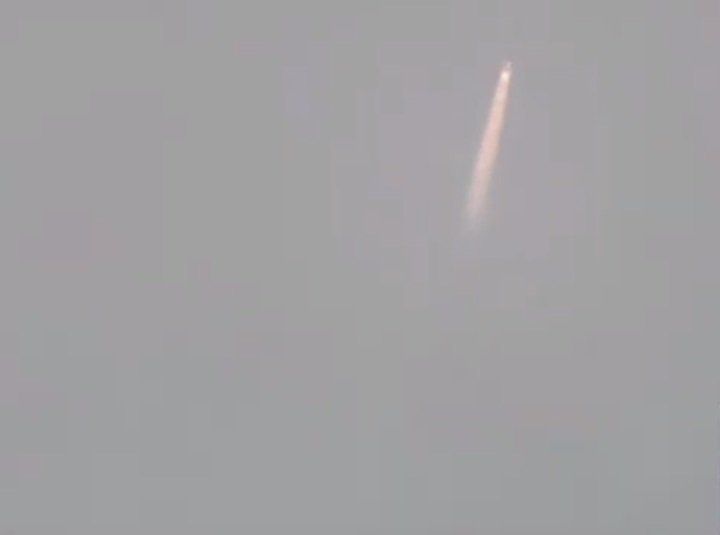 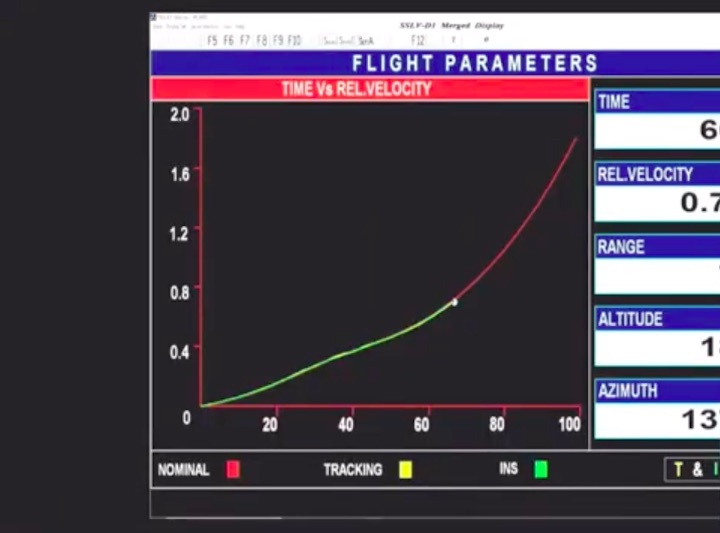 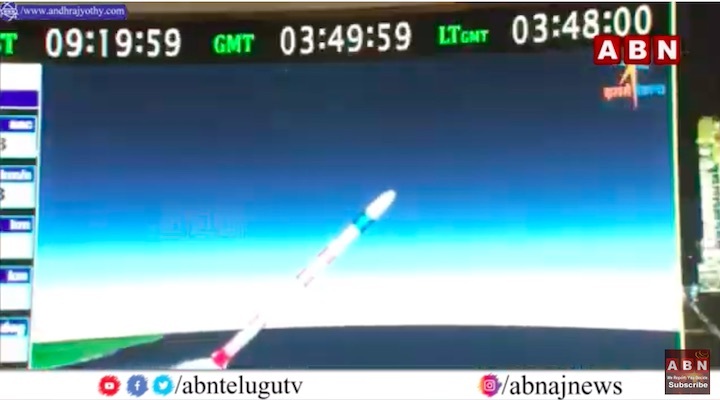 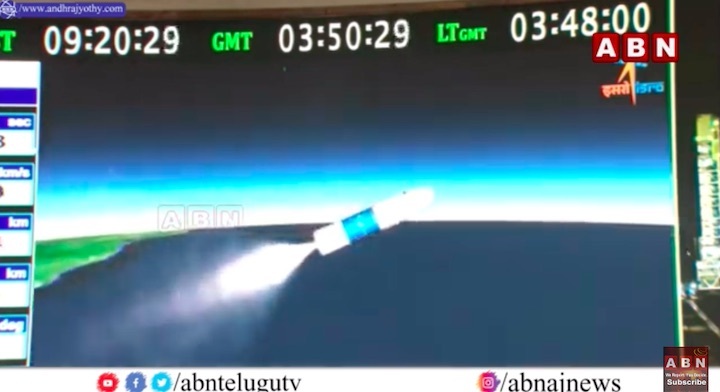 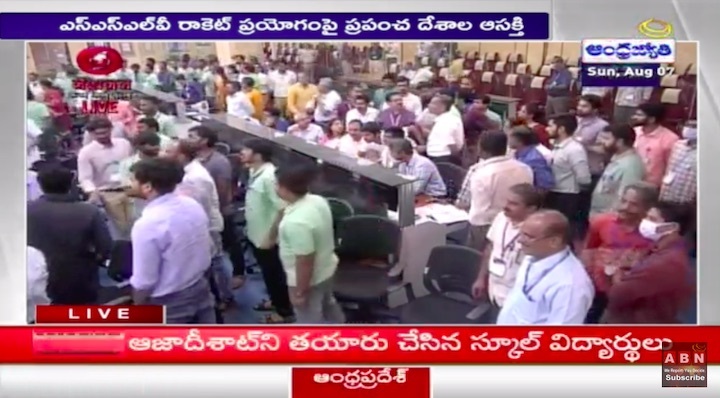 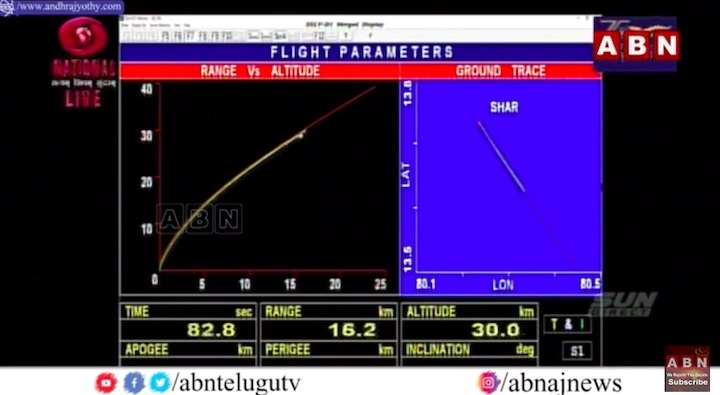 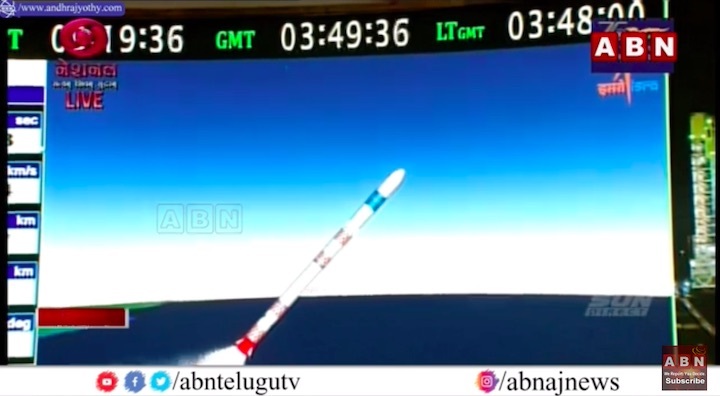 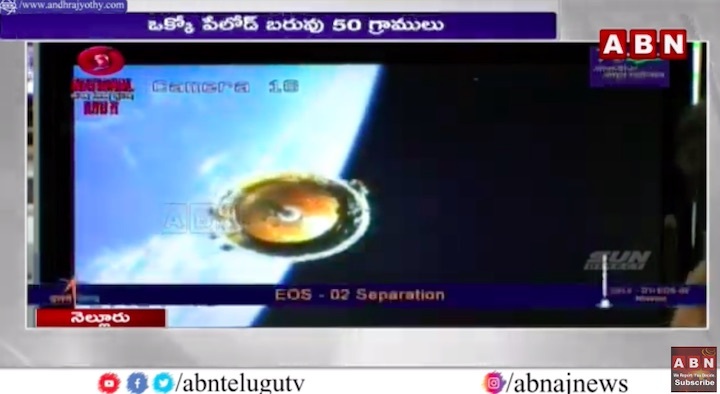 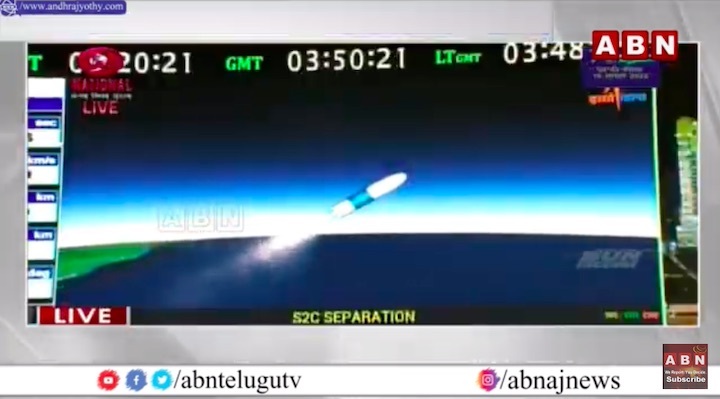 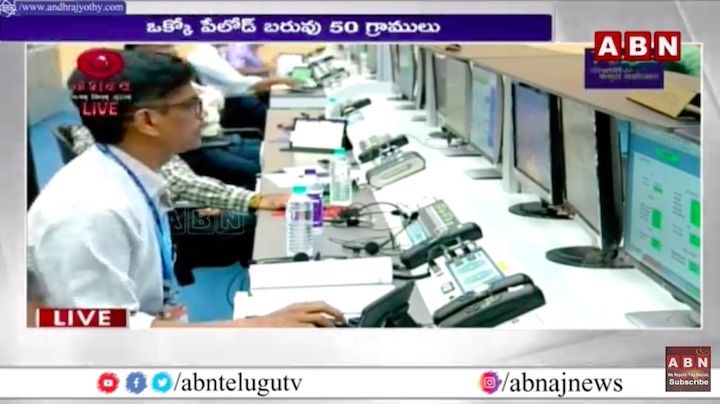 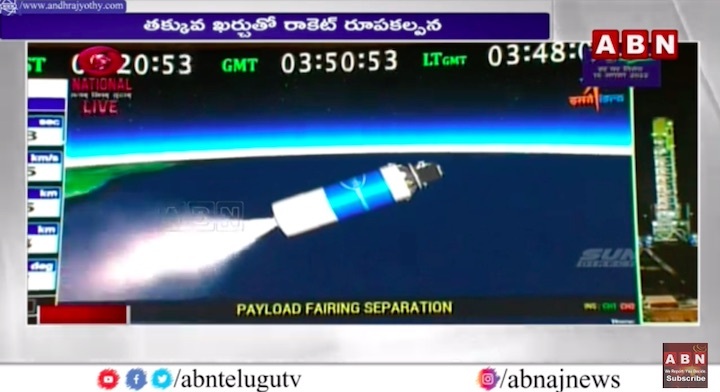 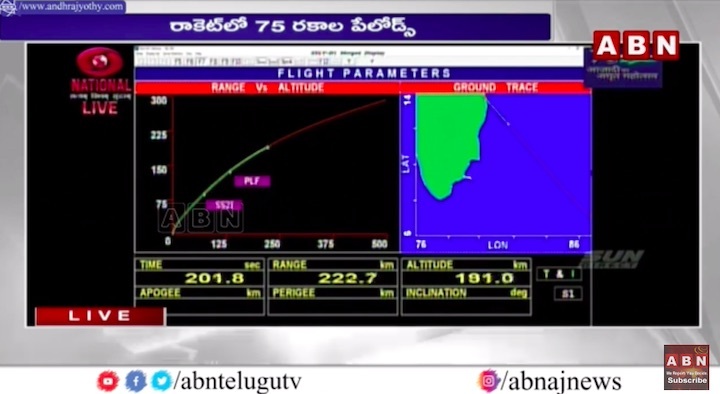 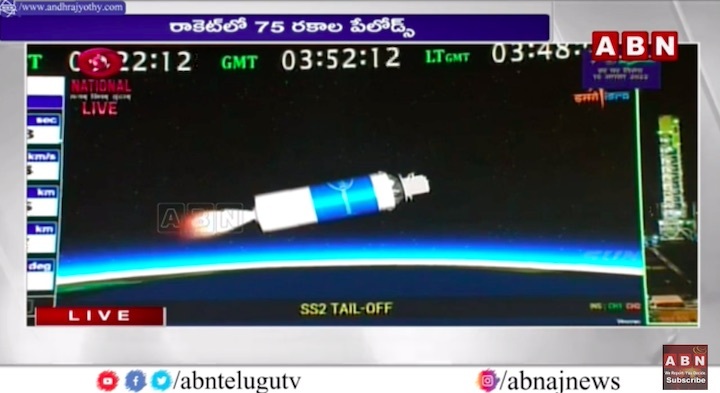 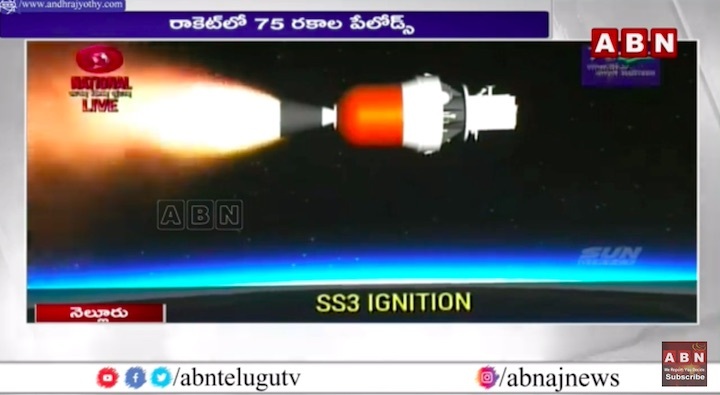 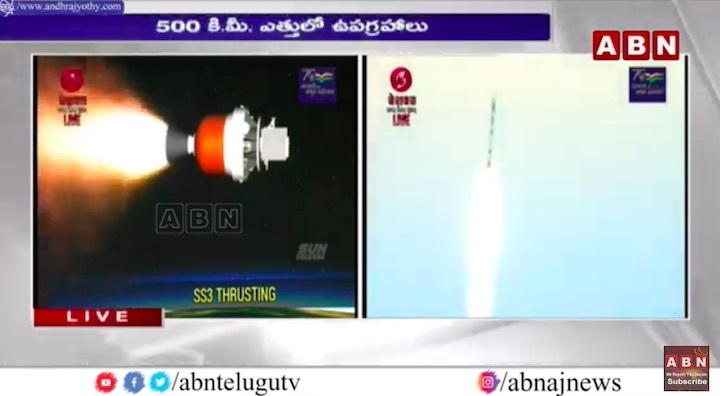