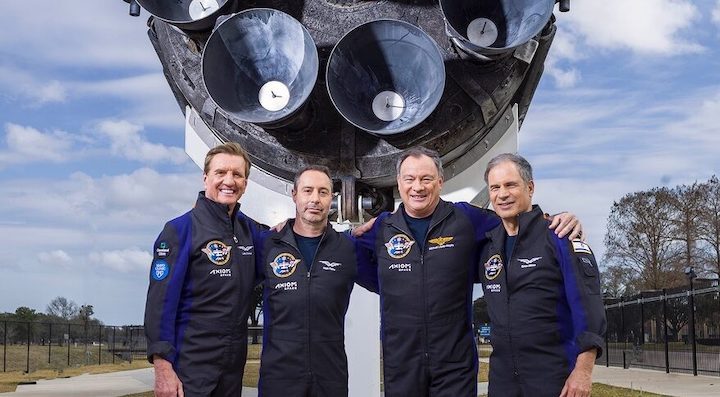 WASHINGTON — NASA is changing rules for future private astronaut missions to the International Space Station, including requiring such missions to be led by a former NASA astronaut.

In an Aug. 1 procurement notice, NASA announced changes in requirements for future solicitations for private astronaut missions, or PAMs, to the station. The changes, the agency said, came from the experience from the first such mission, Axiom Space’s Ax-1 flight in April, “and other recent civilian-crew spaceflight.”

One of the biggest changes, and one still being finalized according to the procurement notice, is a requirement that such missions have “a former flown NASA (U.S.) government astronaut” as a commander. “A former NASA astronaut provides experienced guidance for the private astronauts during pre-flight preparation through mission execution,” the document states, and “provides a link between the resident ISS expedition crew and the private astronauts and reduces risk to ISS operations and PAM/ISS safety.”

“It became pretty clear, first of all, that customers really didn’t want to fly with nobody who has done it before,” López-Alegría recalled of planning for the Ax-1 mission during a talk at the ISS Research and Development Conference July 28. “Secondly, NASA was a lot more comfortable having someone who had been there before.”

However, Axiom executives said shortly before the Ax-1 mission that they were looking ahead to missions without a professional astronaut on board. Michael Suffredini, president and chief executive of Axiom, said at an April 1 briefing that the company expected to fly four customers, rather than three customers and one professional astronaut, by its fourth mission.

That change has implications for the revenue and profitability of such flights. Axiom has declined to say if the current missions, with three paying customers, are profitable.

Other changes to the PAM requirements outlined in the NASA notice also clearly reflect the experience from Ax-1. NASA will require private missions to submit research plans to the ISS National Laboratory at least 12 months in advance in order to review them and certify payloads. “Significant research activities were not originally envisioned as a primary objective for private astronaut missions,” the document states.

Similarly, the new requirements include a “mission specific communications plan” outlining media and commercial activities for a mission, including those taking place in space, and the roles of NASA and the company providing the crew vehicle will play.

“Our time on ISS was extraordinarily busy,” López-Alegría said at the conference. “We had a timeline that looked just like a NASA timeline.” That included 25 experiments and 30 outreach events that took “well over 100 hours” of crew time, he said.

That tight schedule is linked to another requirements change. “Arrival to the spaceflight environment requires adaptation time for each individual; therefore, NASA is requiring additional time for microgravity adaptation and handover activities prior to the execution of the main mission activities,” the document states.

“We got up there and, boy, we were overwhelmed,” López-Alegría said. “Getting used to zero gravity is not an overnight thing.” The original timelines, he said, didn’t allow enough time to get adapted to life on the station and then work through an ambitious schedule of experiments and outreach events.

He said at the conference that Axiom was wrapping up its own lessons-learned processes, along with separate ones by NASA and SpaceX. One change for Ax-2 is that Whitson will have more time to assist the private astronauts accompanying her. “That will help offload the burden that we put on the ISS crew,” he said.

Axiom is in the final stages of planning with NASA for that mission, expected to fly next spring. He said the company has “kind of put together” an Ax-3 mission, depending on when NASA seeks proposals for another PAM.

“We still have a lot of learning to do,” said Kathy Lueders, NASA associate administrator for space operations, of private astronaut missions during another panel at the conference July 27. She said NASA was working to roll out lessons learned from Ax-1 in future solicitations for PAMs. “You’ll see some of that learning as we come out with our new agreements going forward.”