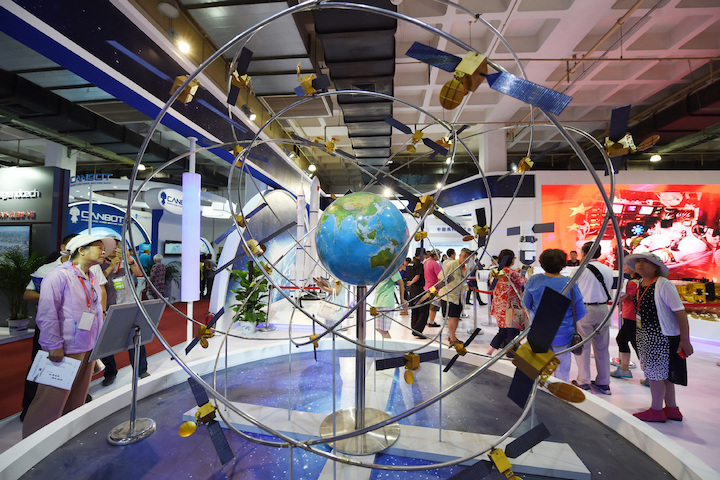 Spacecraft enthusiasts can catch a glimpse of a newly developed commercial Chinese rocket at the ongoing China International Industry Fair in Shanghai.

The medium-sized carrier rocket was developed by the Shanghai Academy of Spaceflight Technology affiliated to the China Aerospace Science and Technology Corporation. It is 59 meters long, with a take-off thrust of about 500 tonnes and a take-off weight of about 430 tonnes.

The rocket is more environmentally friendly than the previous generations, as both its first and second stages use non-toxic and non-polluting propellants made of liquid oxygen and kerosene. The rocket fairing can adapt to different diameters ranging from 3.35 meters to five meters, said its developer.

With a different number of boosters, the rocket can meet the needs of low-, medium- and high-orbit rocket launches, as well as different payloads requirements. It has the adaptability to conditions of launch sites in both inland and coastal areas.

According to the Shanghai academy, the new rocket is scheduled to embark on its maiden flight during the 14th Five-Year Plan period (2021-2025). It will compete in the market for launches of domestic and foreign commercial satellites and payloads, providing economical, efficient and convenient launch services. Enditem