The 2023 life-hunting mission will be just the beginning, if all goes according to plan. 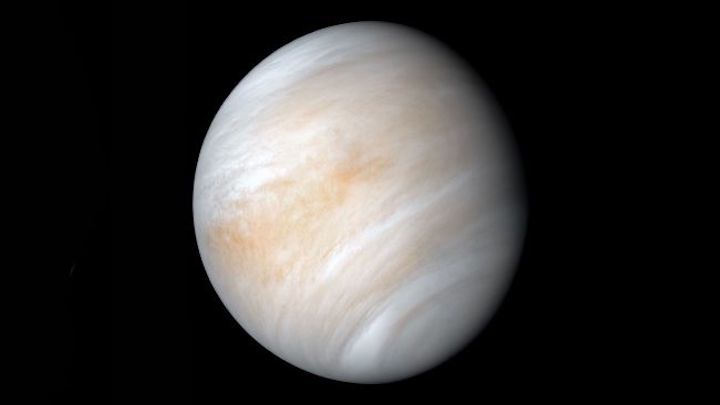 Rocket Lab doesn't want to be a Venus dilettante.

The California-based company aims to launch a private Venus mission in 2023 to hunt for signs of life in the clouds where scientists just spotted the possible biosignature gas phosphine. But that landmark effort will be just the beginning, if all goes according to plan.

"We don't want to do one mission — we want to do many, many missions there," Rocket Lab founder and CEO Peter Beck told Space.com Monday (Sept. 14), hours after scientists unveiled the Venus phosphine discovery.

Beck has long wanted to help explore Venus, which he thinks has not yet received the scientific attention it deserves.

"Venus is well and truly undervalued," he said.

Venus was once a temperate world like Earth, with plentiful surface water — including, many scientists believe, large oceans that may have persisted for much of the planet's 4.5-billion-year history.

But a runaway greenhouse effect eventually took hold on the second rock from the sun, baking out Venus' water and transforming its surface into the scorched, high-pressure hellscape it is today. And "hellscape" really isn't an exaggeration: Surface temperatures on Venus hover around 872 degrees Fahrenheit (467 Celsius), hot enough to melt lead.

Learning exactly what happened to Venus, and why, is of great interest to planetary scientists. And the planet's evolution serves as a sort of cautionary tale for Earth, where human activity has ushered in a period of dramatic warming, Beck noted.

Then there's Venus' astrobiological potential, which may not be restricted to the ancient past. Though the planet's surface turned infernal, researchers think a pocket of potential habitability remained high in the clouds, about 30 miles (50 kilometers) up, and survived into the present day. Way up there, temperatures and pressures are quite similar to those found on Earth at sea level (though Venusian clouds are mostly made of sulfuric acid rather than water vapor).

That cloud layer is where a team of scientists recently spotted the fingerprint of phosphine, a gas that here on Earth is produced only by microbes and human activity, as far as we can tell. And it's the environment that Rocket Lab wants to probe with that 2023 mission and its hoped-for successors.

The coming Venus mission will employ two pieces of Rocket Lab hardware — the 57-foot-tall (17 meters) Electron booster, which has been launching small satellites to orbit since early 2018, and the Photon satellite bus, which made its spaceflight debut on an Electron mission late last month.

A Photon will launch atop an Electron, then make its way to Venus on a flyby trajectory. When the Photon gets close, it will deploy a probe into the Venusian atmosphere. This won't be the first Photon trip beyond Earth orbit, by the way; NASA has booked Electron and Photon to fly a small satellite to the moon in early 2021.

The probe won't be balloon-borne, like the Soviet Venera missions that plied the Venusian skies in the 1980s. It will be more akin to the four small descent craft successfully deployed into the Venus atmosphere by NASA's Pioneer Venus Multiprobe mission in 1978, Beck said.

"We're taking a lot of inspiration from some of that probe design," he said.

The goal is to hunt for signs of life in the potentially habitable patch of Venus air. And Rocket Lab is already talking to scientists about the best ways to do this — including members of the team who spotted phosphine in the planet's clouds. (To be clear: This phosphine is a potential, not confirmed, sign of alien life. More work is needed to determine what processes are generating the gas.)

"We have been talking to them. And they're amazing, to be so flexible," MIT planetary scientist Sara Seager, one of the world's leading experts on biosignature gases, said during the phosphine announcement press conference on Monday.

Rocket Lab's entry probe will likely tip the scales at about 82 lbs. (37 kilograms), Beck said. About 6.6 lbs. (3 kg) of that would be devoted to scientific payload, according to Seager.

"So, you'd have to work hard to make sure an instrument that would be useful for the search for life will fit into that payload," Seager said. "And we're really looking forward to it."

Rocket Lab's Venus plans were in the works long before the company started talking to Seager and her colleagues, Beck said. The phosphine detection didn't change much, apart from strengthening his resolve and boosting his optimism.

"I thought the probability of finding something interesting was incredibly low, whereas now I think that the probability of finding something interesting is much improved, given the phosphine," he said. "But even just to take an in situmeasurement of the phosphine I think is hugely important scientifically."

Electron and Photon are pretty much set for the 2023 mission, Beck said, noting that Photon will prove its deep-space bona fides on the NASA moon mission next year. Most of the work that still needs to be done involves development of the atmospheric probe and its scientific instrumentation.

Beck is confident that Rocket Lab can get everything ready to go for a launch just three years from now. And that will be a major milestone — a private life-hunting mission, developed and launched in just a few years at a total cost of $10 million to $20 million.

Compare that to NASA's low-cost Discovery program of robotic space missions, which mandates a cost cap of $450 million, excluding launch. (Two of the four Discovery mission candidates in the most recent selection round would explore Venus, by the way. Neither is a life-hunting effort, although one of them, called DAVINCI+, would send a probe through the Venusian atmosphere.)

Rocket Lab is planning to pay the full tab for the 2023 mission. But Beck said he'd "love to do a bunch more" Venus missions and would certainly be open to collaborating with a variety of partners — a prospect that may get a big boost from the phosphine find.

"To be honest with you, Venus has always been something that, traditionally, it's relatively hard to get too many people excited about," Beck said.

"With this announcement, I'm certainly hoping that more focus and more energy goes on to Venus, which will create more opportunities for scientists and instrument developers to look more closely and carefully at what we want to do."