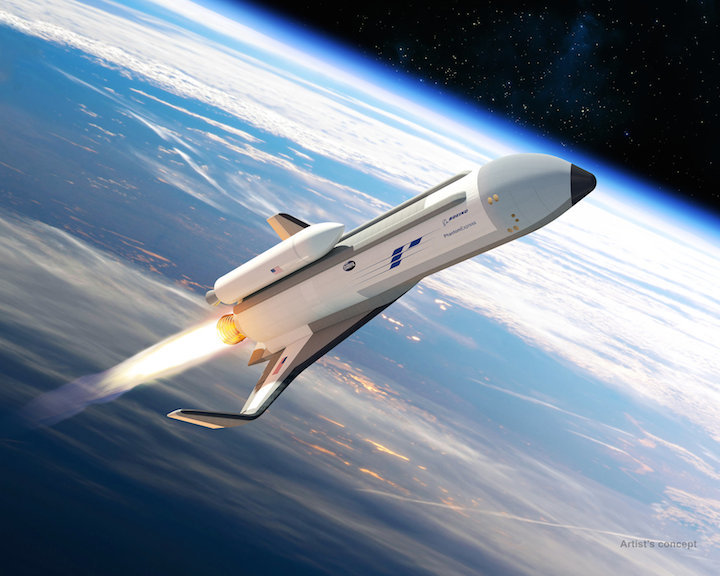 Boeing throws in the towel on secret spaceplane project for military 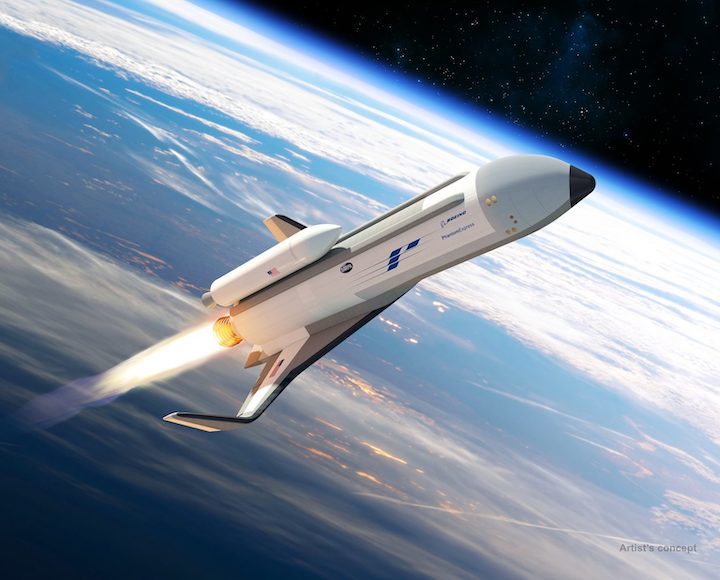 Boeing's reusable space plane would launch like a rocket and land on a runway. Credit: Boeing

The Phantom Express is no more.

Boeing decided to halt the development of the experimental spaceplane it was building as part of the Defense Advanced Research Projects Agency (DARPA) XS-1 program.

It’s unclear exactly why Boeing is dropping out of the program. However, the company issued a statement saying it would be redirecting its investment from the program to other areas. 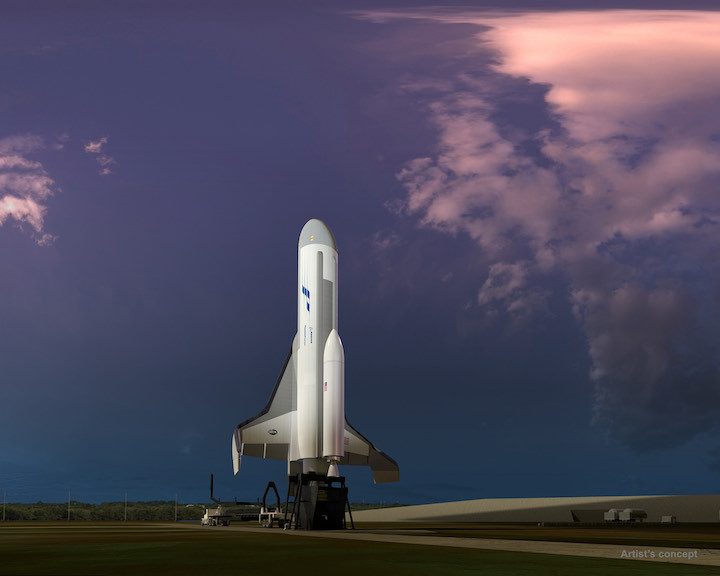 “We will now redirect our investment from XSP to other Boeing programs that span the sea, air and space domains,” Boeing said. “We’re proud to have been part of a DARPA-led industry team that collaborated to advance launch-on-demand technology. We will make it a priority to harvest the significant learnings from this effort and apply them as Boeing continues to seek ways to provide future responsive, reusable access to space.”

The company was selected in May 2017 by DARPA, beating out Masten Space Systems and Northrop Grumman for an award totaling $146 million award to design and build an aircraft-like launch system, to launch both military and commercial payloads.

All three companies received phase 1 funding, but only Boeing was selected for phase 2 and 3 of the program. (Phase 2 would have covered the development of the vehicle and the phase 3 contract would have called for up to 15 flights of the vehicle.)

The program was designed to increase the nation’s access to space. DARPA envisioned a reusable spaceplane that would loft hefty payloads rapidly, and at a lower cost — less than $5 million a flight.

“In its pursuit of aircraft-like operability, reliability, and cost-efficiency, DARPA and Boeing are planning to conduct a flight test demonstration of Experimental Spaceplane technology, flying 10 times in 10 days, with an additional final flight carrying the upper-stage payload delivery system,” DARPA said in the program’s mission description.

The major goal of the project is to reuse the spacecraft frequently, with a proposed launch rate of 10 one-day missions in just 10 days. Test flights were scheduled to begin in 2020; however, with Boeing dropping out, the program is now defunct.

“The XS-1 would be neither a traditional airplane nor a conventional launch vehicle but rather a combination of the two, with the goal of lowering launch costs by a factor of ten and replacing today’s frustratingly long wait time with launch on demand,” Jess Sponable, DARPA program manager said in a news statement.

Dubbed the Phantom Express by Boeing, the suborbital launcher would takeoff vertically, propelled by one Aerojet Rocketdyne AR-22 engine, which was a variant of the space shuttle’s main engine. It would have an expendable upper stage that would separate from the plane before ultimately depositing the payload into orbit.

After upper stage separation, the Phantom Express would glide back to Earth, landing on a runway just like the shuttle did and like the X-37B does now. 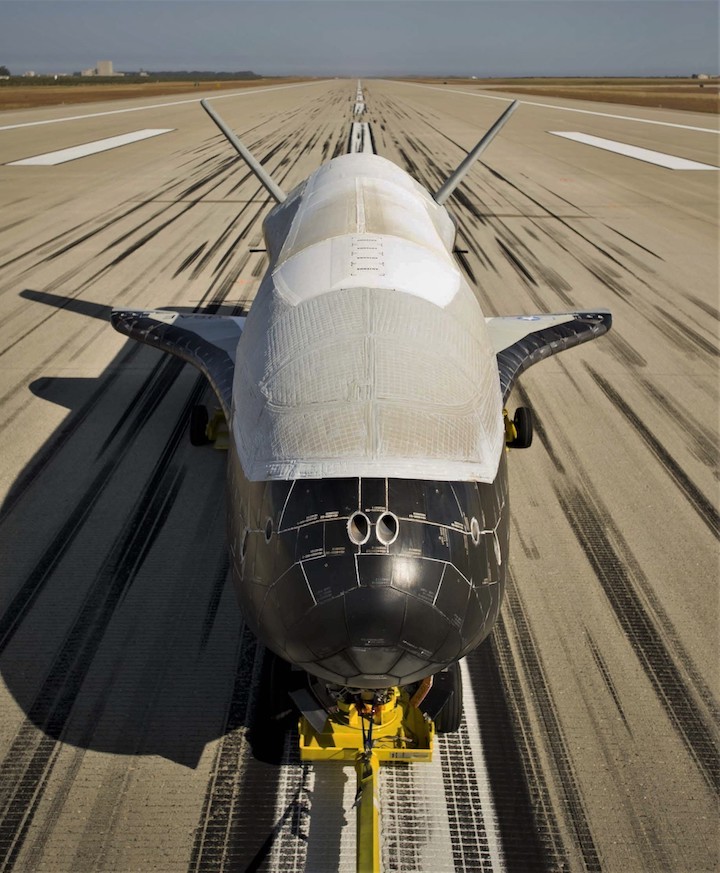 “Demonstration of aircraft-like, on-demand, and routine access to space is important for meeting critical Defense Department needs and could help open the door to a range of next-generation commercial opportunities,” Brad Tousley, director of DARPA’s Tactical Technology Office (TTO), which oversees XS-1, said in a news release shortly after Boeing’s selection.

With a burgeoning commercial market opening up in low-Earth orbit, it’s entirely possible that the military’s high-tech agency may still pursue the program in some other fashion, but for now, we bid adieu to the XS-1.