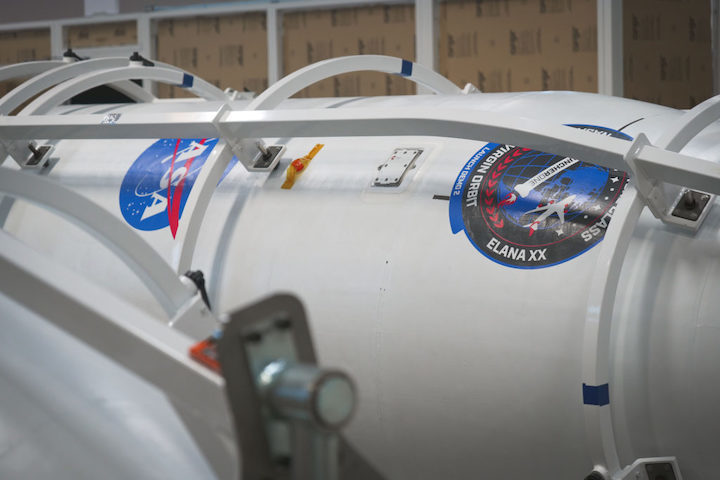 This past Memorial Day, Virgin Orbit took a major step forward as a company and conducted our first Launch Demo. As you’ve read before, we built on years of design and preparation to step into our first launch campaign; and on our very first attempt, our team pulled off a picture-perfect loading operation, take-off, captive carry, terminal count, release, and ignition, and achieved powered flight. It was a smooth operation, thanks to the intense focus of an incredibly talented team.

You’ve also seen that that during our first stage flight, our main rocket engine shut down prematurely, bringing our experimental flight to an end — but only after we had demonstrated all of the key technologies of a truly unique air-launched spaceflight system, differentiating our launch system from every other system on the market.

Within minutes of our flight crew safely touching down at the Mojave Air and Space Port, our full attention turned to an investigation of all of the copious data from the flight. We had worked hard to ensure we’d have a mountain of data from that demonstration flight, and with our highly instrumented vehicle feeding data down to four ground stations, plus additional information from our carrier aircraft and chase plane, that work paid off.

Although we’d hoped to truly defy the odds and make orbit in our very first test, we were still thrilled to have reached milestones that only a small handful of others have ever gotten to celebrate. But we didn’t spend too much time partying it up. By the evening of the same day, we were deep into the process of both celebrating the wins and how closely performance matched prediction and, of course, figuring out why our main engine had shut down, ending the flight.

RESULTS FROM OUR INVESTIGATION

We knew the odds of getting to orbit on our first attempt were slim well before our wheels started to roll down the tarmac, and so we were ready for any outcome. We had our plans ready and an investigation team identified before the countdown began. So as soon as the flight concluded, we were able to get started. To ensure we left no stone unturned in our quest for answers, we added strong independent voices to the team, calling upon industry legends Jim Sponnick and Mark Wilkins as well as the world-class team at the Aerospace Corporation to give us their straight-up advice and opinions along the way.

Soon, we were able to identify the cause of the failure that ended our first Launch Demo: a breach in the high-pressure line carrying cryogenic Liquid Oxygen (LOX) to our first stage combustion chamber due to a component failure. Without a supply of oxidizer, that engine soon stopped providing thrust, ending our powered flight and ultimately the test itself.

In the business of launch vehicles, finding the direct cause of any failure of any flight is incredibly important, but certainly not sufficient. In order to truly get to the root of the issue, it is important to ask why after why after why.  If the answer to the first why is “because the high-pressure LOX line failed,” then the second why must be “why did it fail?” That in turn must be followed by more whys— including “why didn’t we anticipate this failure,” “why wasn’t this failure observed in our earlier testing,” and more. To all of these, you must add in a healthy dose of “what else could have happened,” “what would this failure have looked like if it occurred at a different point in the mission,” and hundreds more questions. Creating a robust fault tree or fishbone diagram is important, especially for those visual learners.

In the two months since that milestone test, we’ve asked ourselves those questions and our team has come up with clear insights and answers. Engineers, technicians, and inspectors have been working hand-in-hand (well, the COVID-19 equivalent of hand-in-hand) to validate those answers. We’ve put our hardware through a punishing barrage of tests to shake out any hidden surprises that might otherwise doom us to repeat the mishap.

Now, we’re putting the finishing touches on that investigation; and while we aren’t quite done, the major findings and the corrective actions are clear — and we’re well under way with fabricating new parts and putting those actions into play. In implementing tweaks to LauncherOne for our next flight, we’ve taken a “belt and suspenders” approach; that is to say, fixing the obvious issues we observed, and also proactively addressing issues we didn’t observe but fall into the realm of possible contributors.

A battery of tests of our components and systems has enabled us to re-anchor our understanding of the physical stresses and leak paths in the system, and to reassess the design and the operation of every component. On the basis of those results, we are strengthening parts of our high-pressure LOX feed system and increasing some of the operating margins with an eye towards maximizing robustness and reliability.

We’re also able to safely pass on more good news about the system to our customers.

One of the datasets that pleased us the most from our first Launch Demo was what we saw in terms of the vibrations that satellites riding on our rocket will experience. Our structural dynamics engineers are by nature a fairly conservative group, and have been appropriately cautious with all of their analyses, especially when it comes to our customers’ precious cargo. Our analysts need proof before they will remove uncertainty. Last year, they updated their projections based upon our flight test campaign; now, thanks to the insight earned from our Launch Demo, they have further reduced our random vibration environment predictions. After years of under-promising on that front, we’re pleased now to state with the confidence only afforded by flight data that we’ll provide our customers a gentle ride.

Of course, after an intense journey to first launch, and all the lessons learned and teamwork along the way, it must be said that the biggest improvements in the system between Launch Demo and Launch Demo 2 will be the improvements to ourselves. We’ve always felt we have the best team in the business, and the skills and the perseverance of our team really shone through in what we accomplished in May. It takes a lot to smoothly, professionally move through a fully automated countdown, transfer control of the system to a small crew of four on our 747, execute a picture-perfect release, and more, and none of that happens by accident. But the experience of the whole launch campaign — not just the flight, but the work that led up to it — taught us a lot. Our self-reflections along that road and now our data review has taught us still more.

Our team is now more experienced and better prepared than ever. Our tools and processes have been honed by our first launch campaign. We’ve experienced both joy and frustration and every emotion in between, and now we’re ready for the next chapter. INTRODUCING OUR NEXT MISSION

Although our first Launch Demo proved a lot, the fact is that we clearly did not test all of the portions of the system in flight. As such, we will use our next rocket for a second Launch Demo mission to demonstrate all phases of flight.

Our flight hardware for this mission is in final integration now. We anticipate the fully assembled rocket will leave our Long Beach, CA, factory around Labor Day, when it will head to our Mojave, CA, facility for an onslaught of tests designed to ensure we truly have learned all of the lessons from our first Launch Demo. After that, it will return to our factory for some final tweaks and planned hardware swaps, and then we’ll be back at the end of the taxiway at the Mojave Air and Space Port, moving into our second-ever launch campaign. Throughout this process, we’ve been keeping in close touch with our customers. We believe transparency benefits everyone — which is why we published a detailed flight recap along with video showing the failure within a day of the test flight itself. Open, honest communications are particularly important between a launch provider and their customers.

We love all of our customers equally, but it was especially important for us to remain in close contact with the customer slated to fly on our first operational mission: a little team that you might have heard of called NASA.

NASA has been engaged with our technical team in the run-up to our Launch Demo, during the test itself, and in the time since. We believe it is critical to share the good and the bad alike.

Not too long after our Memorial Day test flight, we called NASA to inform them that our upcoming rocket would be used for our Launch Demo 2 mission, which we anticipated would move their mission to the next rocket on our manifest. NASA, however, was quick to remind us of the fundamental goals of the NASA Venture Class Launch Services program, through which they purchased this launch. Our colleagues at NASA’s Launch Services Program (LSP) were glad to have the insight into our plans and appreciated the offer to fly another test prior to their mission, but also assured us that they were ready to get their payloads onboard our Launch Demo 2 flight.

The team was both proud and honored by the thought of flying NASA on our next mission, but we didn’t say yes right away. We wanted to be sure we fully understood the risks involved. So, we completed a boatload of analysis, looking at our conclusions from our investigation and our expectations for the next flight in sum. A few weeks later, we landed on a plan.

Accordingly, we are delighted to announce that our Launch Demo 2 mission will carry eleven CubeSats for NASA’s CubeSat Launch Initiative (CSLI). This mission builds on an excellent relationship we’ve had with NASA since being selected for the Venture Class Launch Services (VCLS) program back in 2015. We feel an immense sense of pride to be launching satellites for arguably the world’s most preeminent space organization.

What’s even cooler to us is what this mission represents. With the spacecraft on this flight built mainly by universities across the U.S., it strikes to the heart of our purpose of opening access to space. We’re elated to have a hand in supporting all kinds of interesting new scientific research and technology demonstrations in orbit.

Currently, we are working hard to conduct this launch towards the end of this year — a relatively short timeline for an industry where the average turnaround time between first and second flights of a new system measures up to about a year. Most importantly, we are focused on completing the right technical work so that as many risks as we practically can are retired on the ground. As we’ve said before, we’re out to set new standards for the launch business: in customer service, in flexibility, and in agility. We’ve got lots of work to do getting ready for flight, but we are making great progress, even in the midst of a pandemic and a mostly virtual workspace.