It can exploit lunar soil, use bacteria, guar beans to consolidate the soil into load-bearing structures and eventually help assemble structures for habitation on the moons surface. 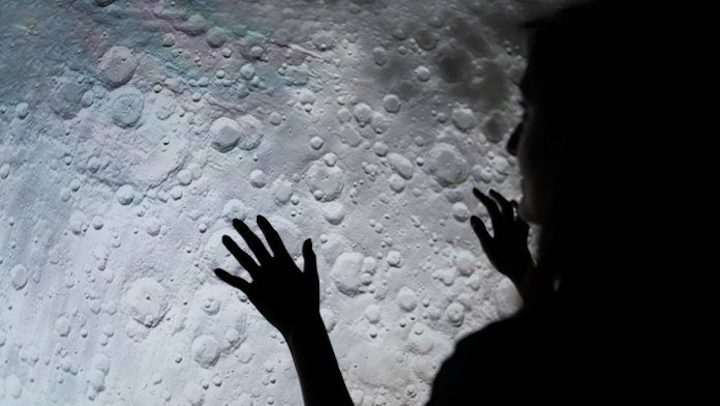 Bengaluru: A team of researchers from the Indian Institute of Science (IISc) and the Indian Space Research Organisation (ISRO) has developed a sustainable process for making brick-like structures on the moon, according to IISc.

It exploits lunar soil, and uses bacteria and guar beans to consolidate the soil into possible load-bearing structures, Bengaluru-based IISc said in a statement.

“These space bricks could eventually be used to assemble structures for habitation on the moons surface, the researchers suggest,” it said.

“It is really exciting because it brings two different fields biology and mechanical engineering together,” says Aloke Kumar, Assistant Professor in the Department of Mechanical Engineering, IISc, one of the authors of two studies recently published in’Ceramics International’and’PLOS One’.

Space exploration has grown exponentially in the last century.

With Earth’s resources dwindling rapidly, scientists have only intensified their efforts to inhabit the moon and possibly other planets.

The cost of sending one pound of material to outer space isaboutRs 7.5 lakh, according to the statement.

The process developed by the IISc and ISRO team uses urea which can be sourced from human urine and lunar soil as raw materials for construction on the moon’s surface, it said.

This decreases the overall expenditure considerably.

The process also has a lower carbon footprint because it uses guar gum instead of cement for support.

This could also be exploited to make sustainable bricks on Earth, it was stated.

Some micro-organisms can produce minerals through metabolic pathways.

One such bacterium, called’Sporosarcina pasteurii ‘ produces calcium carbonate crystals through a metabolic pathway called the ureolytic cycle: it uses urea and calcium to form these crystals as byproducts of the pathway.

“Living organisms have been involved in such mineral precipitation since the dawn of the Cambrian period, and modern science has now found a use for them,” says Kumar.

To exploit this ability, Kumar and colleagues at IISc teamed up with ISRO scientists Arjun Dey and I Venugopal.

They first mixed the bacteria with a simulant of lunar soil.Then, they added the required urea and calcium sources along with gum extracted from locally-sourced guar beans.

The guar gum was added to increase the strength of the material by serving as a scaffold for carbonate precipitation.

The final product obtained after a few days of incubation was found to possess significant strength and machinability, the statement said.

“Our material could be fabricated into any freeform shape using a simple lathe.This is advantageous because this completely circumvents the need for specialised moulds a common problem when trying to make a variety of shapes by casting.

This capability could also be exploited to make intricate interlocking structures for construction on the moon, without the need for additional fastening mechanisms,” explains Koushik Viswanathan, Assistant Professor in the Department of Mechanical Engineering, IISc, another author.

ThePLOSOnestudy, conceived by Rashmi Dikshit, a DBT-BioCARe Fellow at IISc, also investigated the use of other locally available soil bacteria in the place of’S.pasteurii’.

velezensis’ on the other hand, is about ten times less expensive, the researchers say.

“We have quite a distance to go before we look at extra-terrestrial habitats.Our next step is to make larger bricks with a more automated and parallel production process,” says Kumar.