Tenacity is scheduled to launch for the first time in late 2021. 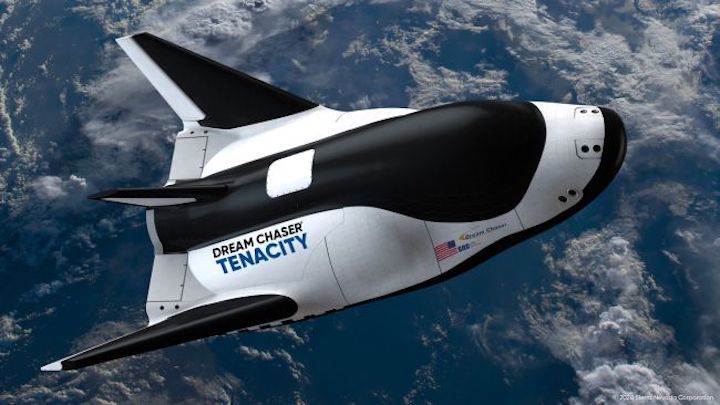 The first orbital Dream Chaser space plane recently got its wings, and a name.

Dream Chaser, which is built by Colorado-based company Sierra Nevada Corp., is the world's only non-capsule private orbital spacecraft. The winged vehicle will launch vertically atop a rocket but end its missions with runway landings, like NASA's now-retired space shuttle orbiters used to do.

This spring, the company unboxed the wings for the first operational Dream Chaser vehicle, bringing it one step closer to delivering supplies and science to and from the International Space Station. Sierra Nevada also announced the spacecraft's name: Tenacity.

This reporter had the opportunity to visit Sierra Nevada's Louisville, Colorado, production facility in March to get a sneak peek at the space plane. At that time, Tenacity's wings remained boxed up, but the space plane was still a sight to behold.

Tenacity is scheduled to launch for the first time in late 2021, aboard a United Launch Alliance Vulcan Centaur rocket from NASA's Kennedy Space Center in Florida.

Once it's up and running, the space plane will carry cargo to and from the space station for NASA. Dream Chaser's runway landings will allow efficient retrieval and removal of scientific gear coming back to Earth, which will also enjoy a relatively smooth ride down to the ground, Sierra Nevada representatives said. 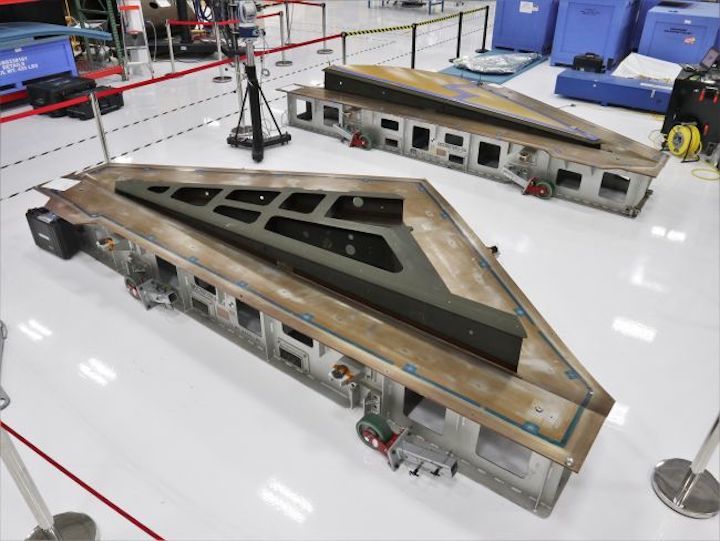 Dream Chaser was originally designed to carry people, and Sierra Nevada won several rounds of funding from NASA's Commercial Crew Program to develop the vehicle. However, the company lost out to Boeing and SpaceX when NASA awarded astronaut-ferrying contracts in 2014.

But in 2016, NASA selected the space plane for its Commercial Resupply Services 2 contract, awarding Sierra Nevada a contract to fly six uncrewed cargo missions to the space station by 2024.

Sierra Nevada needed to change out only about 20% of Dream Chaser's module to transition from a passenger vehicle to a cargo plane, said Anna Hare, a company communications representative.

Sierra Nevada therefore hasn't ruled out a crew-carrying future for the space plane at some point. "To go back to a crew ship wouldn't be so hard," Hare said.

Dream Chaser by itself can carry roughly 2,000 lbs. (900 kilograms) of supplies and cargo on board. A 16-foot-tall (4.9 meters) cargo module called Shooting Star can be attached to the space plane to provide an additional 10,000 lbs. (4,500 kg) of carrying capability.

Because Dream Chaser carries relatively safe propellant, technicians can approach it quickly after landing. The back of the plane opens, providing rapid access to precious cargo. That can be key when the cargo is science experiments meant to operate in the low gravity of space.

"When the capsule sits on Earth, you kind of lose science," Schwandt said.

The space plane itself flies fully automated, without the requirement of a human pilot. My recent tour revealed a simulated cockpit that allowed technicians to practice handling the plane, as well as flying it.

According to Hare, Tenacity's initial flight most likely won't be full, giving the space plane a chance to stretch its wings. "But after that, we intend to fill the whole vehicle up with cargo," she said.

Eventually, Sierra Nevada would like to have more Dream Chasers join Tenacity in traveling to and from space. However, expanding the number of operational space planes depends on customer demand.

"Our dream is to have a whole fleet of space planes," Schwandt said.