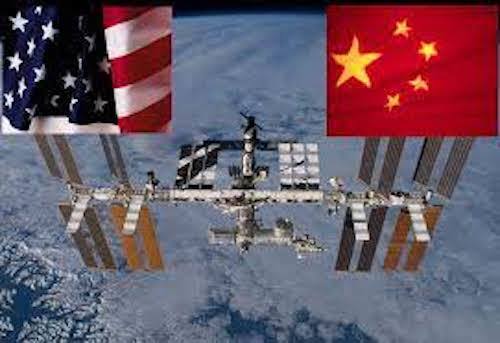 NASA Administrator Bill Nelson has told Newsweek that he wishes China would co-operate with the U.S. space agency, in the same way that the Americans have worked with Russia for decades.

In a wide-ranging interview, the Administrator also spoke about his admiration for billionaires, such as Elon Musk, Jeff Bezos, and Richard Branson, who all have their own ambitions in space with their respective private aerospace companies SpaceX, Blue Origin, and Virgin Galactic, and are already working with NASA in some cases.

"I wish China were a partner with us, like the Russians have been ever since the days of the Soviet Union in 1975, when we had the Apollo-Soyuz, and we've continued to co-operate ever since," Nelson said, referring to the first manned international space mission carried out jointly by the U.S. and the Soviet Union.

Since being appointed NASA Administrator earlier this year, Nelson—who served for 30 years in Congress—has made several comments on China, which is becoming a significant player in space exploration.

At his nomination hearing before the Senate in April, Nelson expressed concerns about information security with regards to China, noting that NASA will abide by the Wolf Amendment. This law limits NASA from working with Chinese commercial or government agencies. Unlike Russia, China is not a partner on the International Space Station (ISS).

In May, Nelson called China "a very aggressive competitor" during a hearing of the House Appropriations Subcommittee for Commerce, Justice, Science, and Related Agencies on President Joe Biden's 2022 space-related budget request, after it landed its first rover on Mars.

While Nelson congratulated the Chinese space agency over the landing, he also said NASA could fall behind when it comes to exploring the moon.

Nelson has also expressed concerns about the Chinese space program, noting that it was not transparent and very secretive, hampering international co-operation. He even said in a live interview with The Washington Post in July that he believed NASA was in a "space race" with China.

Nevertheless, Nelson has indicated that he is keen to work with the Chinese in some areas, where possible.

For example, he told a press conference at the agency's Washington D.C. headquarters in June that he was "look[ing] forward" to working with China on issues such as "space debris." The comments came after he criticized the Chinese space program for a lack of transparency over a rocket segment that fell to Earth in an uncontrolled manner in May.

Nelson also reiterated that NASA will continue working with the Russians, despite its space agency Roscosmos threatening in June to pull out of the ISS in 2025, amid a diplomatic rift over U.S. sanctions. Roscomos later said it would continue co-operating with the U.S. on the project.

"[The Russians] will continue to co-operate. And they have signaled that several times," Nelson told Newsweek. "I've had a couple of conversations with Dmitry Rogozin [Director General of Roscosmos]. And we've had numerous contacts between our astronauts and the Russian cosmonauts."

On the subject of the space race billionaires Musk, Bezos and Branson, Nelson had nothing but praise.

"I think these billionaires are brilliant geniuses that think outside of the box, and the proof is in the pudding. Look what Elon has done with SpaceX," he said.

SpaceX, Blue Origin, and Virgin Galactic all had historic launches this summer. And the former in particular is already playing a key role for NASA, by ferrying crew and cargo to the ISS. NASA has also picked SpaceX to develop the Human Landing System (HLS): the lander that will carry astronauts to the surface of the moon—including the first woman and the first person of color on the lunar surface—as part of the Artemis program.

"I think what the billionaires are doing is just fantastic," Nelson said, while also praising the efforts of the trio's companies to promote space tourism: "They're certainly getting some interest—although it is quite expensive at this point."

Asked about how he envisaged the future of NASA's commercial partnerships with companies such as SpaceX, Nelson said: "We hope the agency's role is eclipsed in low-Earth orbit, which is our plan to keep the space station going until 2030.

"And then we want to see a commercial space station. We want to encourage space tourists. We want more and more people to understand the utilization of space. And then that allows NASA to go on and explore further out."

Nelson also talked about his struggles to try and get Congress to hand over sufficient funding for NASA to choose more than one provider for the HLS contract. Bezos' Blue Origin was also in the running for the contract, but after Congress approved a far lower figure than NASA had requested for the HLS program in fiscal year 2021, only one company was picked. Blue Origin has subsequently taken NASA to court over the awarding of the contract.

NASA had asked for around $3 billion for the first demonstration landing of the HLS (the date of which is not yet set), but Congress only provided around $850 million. The HLS is a key part of the Artemis program, which aims to build a sustainable presence on the lunar surface, as a stepping stone toward the exploration of Mars.

"Most members of Congress love NASA, and they support the exploration," Nelson said: "Because of that, I think we get in the door. Then you got to convince them that it's worth the money that you're asking for. And that was not done a year ago."

Fortunately for NASA, enough money has been provided in the presidential budget request for the 2022 fiscal year to fund the rest of the Artemis program. However, the Biden administration is still asking for $3 billion less than projected by the Trump administration in its previous NASA budget when it comes to the HLS program specifically.

Still, Nelson is confident that NASA will be sufficiently supported by the current administration going forward: "I can tell you that Joe Biden is a space fan. I saw it with him as Vice President, he was the go to guy in the White House on space. So I think we have a White House that is very supportive of the civilian space program."