Aboard the spacecraft will be cosmonaut Oleg Novitsky, actress Yulia Peresild and director Klim Shipenko 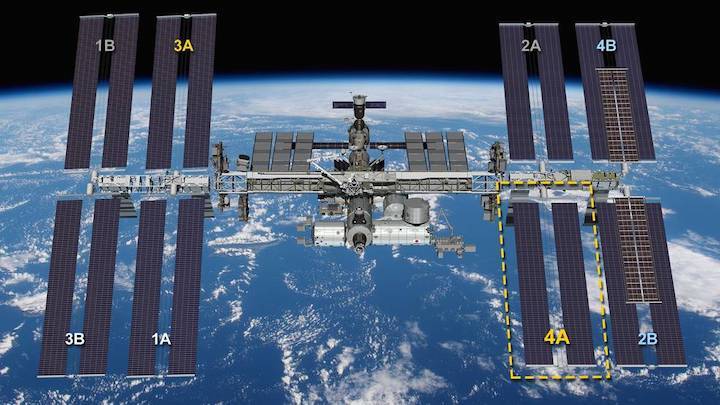 The Soyuz MS-19 manned spacecraft landing with the Russian film crew aboard is planned for October 17, in accordance with the ISS flight program, the Energia Rocket and Space Corporation (part of Roscosmos) representative told TASS on Wednesday.

"The undocking of the Soyuz MS-18 spacecraft from the ISS is scheduled at 04:11:30 Moscow time, landing at 07:36:44 Moscow time," it said. Aboard the spacecraft will be cosmonaut Oleg Novitsky, actress Yulia Peresild and director Klim Shipenko.

The movie under the working title Vyzov (or Challenge) is planned to be filmed in October 2021. It is a joint project by Russia’s State Space Agency Roscosmos, Channel One and the Yellow, Black and White film studio. The Soyuz MS-19 manned spacecraft is set to be launched from the Baikonur spaceport on October 5. The basic crew is comprised of cosmonaut Anton Shkaplerov, actress Yulia Peresild and film director Klim Shipenko, while the backup crew consists of cosmonaut Oleg Artemyev, actress Alyona Mordovina and cameraman Alexei Dudin.

"The movie is based on a story of a female doctor who has never had anything to do with space and never thought of space activities but at some point, she is asked to go to the ISS to save a cosmonaut’s life. That is, she has to do what she does on Earth but in an environment not fit yet for this purpose," the film director emphasized. The first part of the movie will show the training that the heroine, played by Yulia Peresild, gets before the flight, while the second part will be about her mission to save the cosmonaut. "When working on the project’s concept, I decided that it should be a movie that everyone - particularly most of us people who have never been to space - can understand and relate to," Shipenko added.

Peresild, in turn, noted that Shipenko would have to be the movie’s director, cameraman and lighting technician, while she will be the actress, the makeup artist and the wardrobe director.

The actress said that changing her routine was the hardest thing for her during preparations for the filming in space. "We cinema people are used to being free: a little late here, on time there. I had psychological difficulties adapting to a different routine, an absolutely military and tough one, with no room for smiling. It was difficult for me, I felt the constant urge to make jokes," she confessed. As for the film director, exercises inside a spacecraft were the most difficult for him. "It’s a bit tight in there for people of my height, when you have to sit there four hours - and sometimes up to seven or eight hours - every day," he noted.

Shipenko and Peresild will be filming the move for ten out of the 12 days they are expected to spend aboard the ISS, Shkaplerov pointed out. According to him, the crew members are fine about the filming. "Why not? The space station is like a big house that consists of over 15 modules. At least seven people always stay there and when we arrive, there will be three more," Shkaplerov added. Artemyev noted that filming was nothing new aboard the International Space Station. "The station has long become a filming location. We film a lot of stuff about our life in orbit, about life in space, but until now, it has been largely documentaries, while this will be the first experience making a feature film," he said.