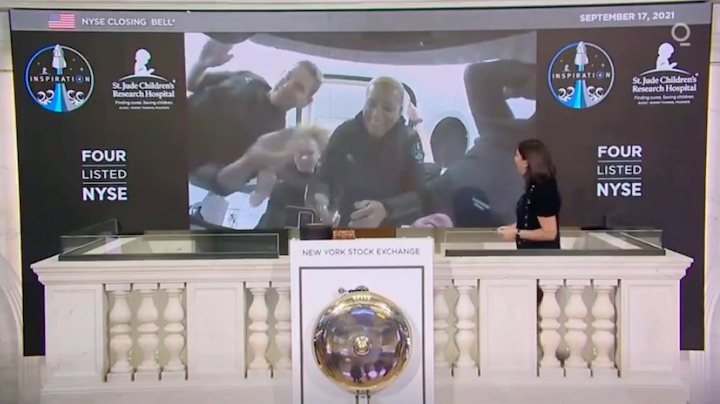 A new record for the maximum number of people present in low Earth orbit at the same time was set on 16 September, as 14 individuals were there.

This breaks the previous record set in March 1995, when 13 astronauts were in space.

Around the same time, the crewed spacecraft Crew Dragon was launched from the Kennedy Space Centre in Florida by a Falcon 9 launcher. The crew of the Inspiration4 mission, which is raising money for St. Jude Children's Research Hospital, includes four US citizens: businessman Jared Isaacman, researcher Sian Proctor, medic Hayley Arceneaux, and US Air Force veteran Christopher Sembroski.