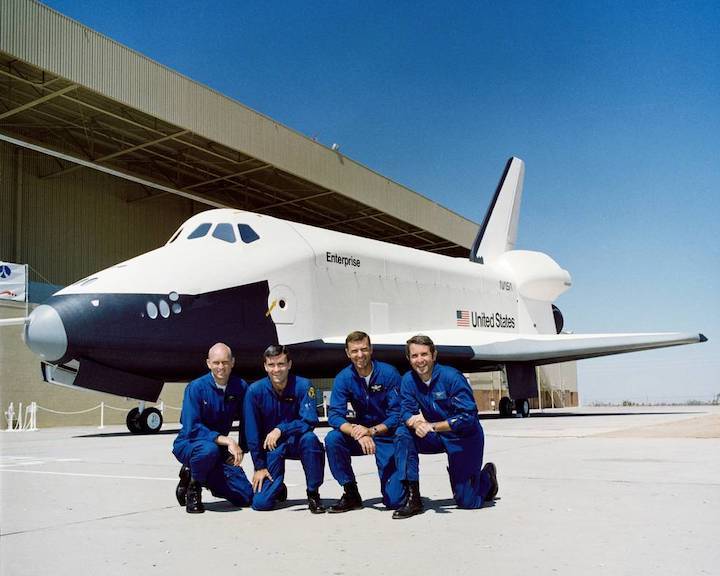 On Sept. 17, 1976, NASA rolled out its first space shuttle, named Enterprise, from its manufacturing plant in Palmdale, California. The story of Enterprise officially began on Jan. 5, 1972, when President Richard M. Nixon directed NASA to build the partially reusable space transportation system, stating that “it would revolutionize transportation into near space.” NASA Administrator James C. Fletcher hailed the President’s decision as “an historic step in the nation’s space program,” adding that it would change what humans can accomplish in space. Following two years of construction and assembly, gathered dignitaries who hailed the benefits of the new space transportation system witnessed Enterprise’s premiere roll out. The creator and cast members of the TV series Star Trek also attended the event. 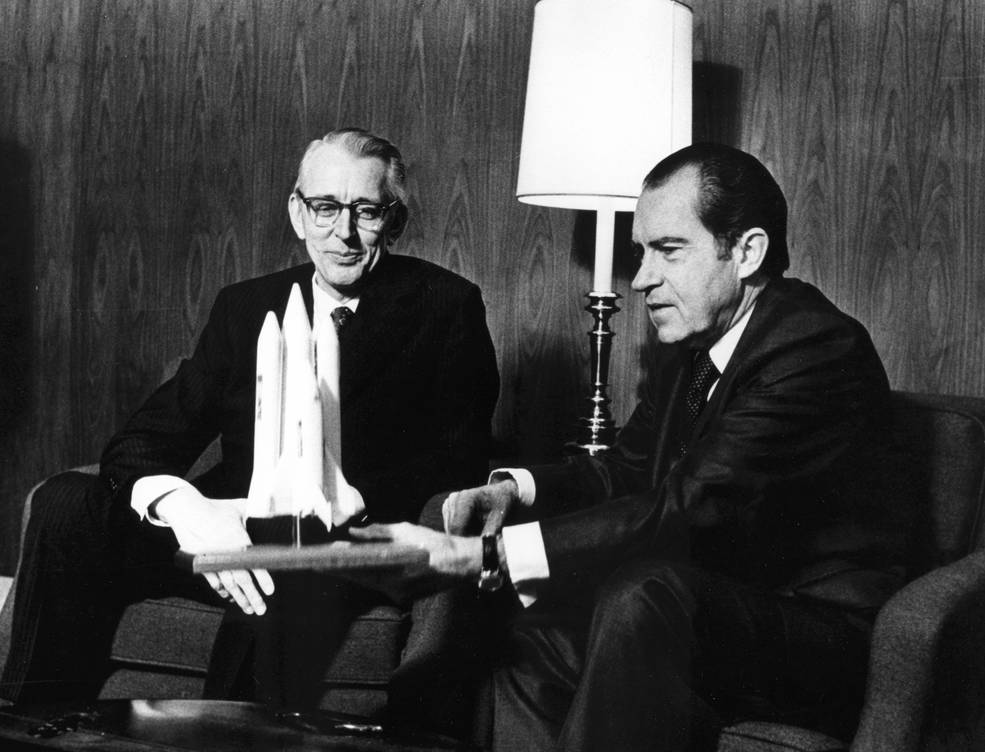 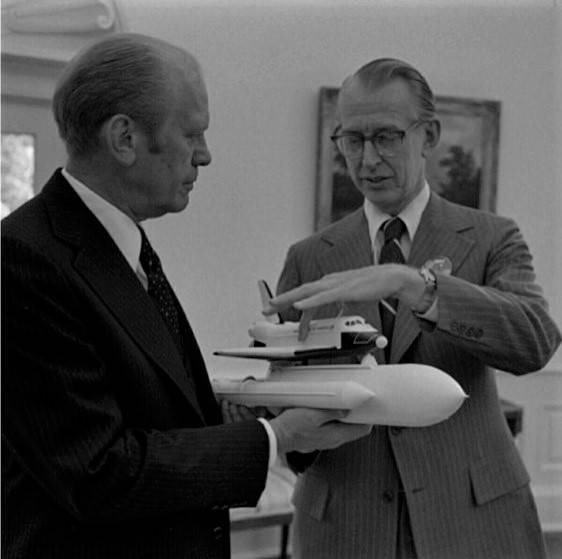 On July 26, 1972, NASA awarded the contract to the Space Division of the North American Rockwell Corporation, later known as Rockwell International, of Downey, California, to begin construction. Manufacture of the first components of Orbital Vehicle-101 (OV-101) – the formal designation of the first space shuttle – began on June 4, 1974, at Rockwell’s Downey plant. Construction continued over the next two years, with final assembly of the orbiter taking place at the Rockwell plant in Palmdale, California. As originally conceived, OV-101 would conduct approach and landing tests (ALT) in the atmosphere to verify the vehicle’s aerodynamic characteristics and then be retrofitted to become a space worthy orbiter. But modifying OV-101 proved to be too costly, and following completion of the ALTs, NASA used the first shuttle to conduct additional tests to prepare its sister ships for orbital flights. 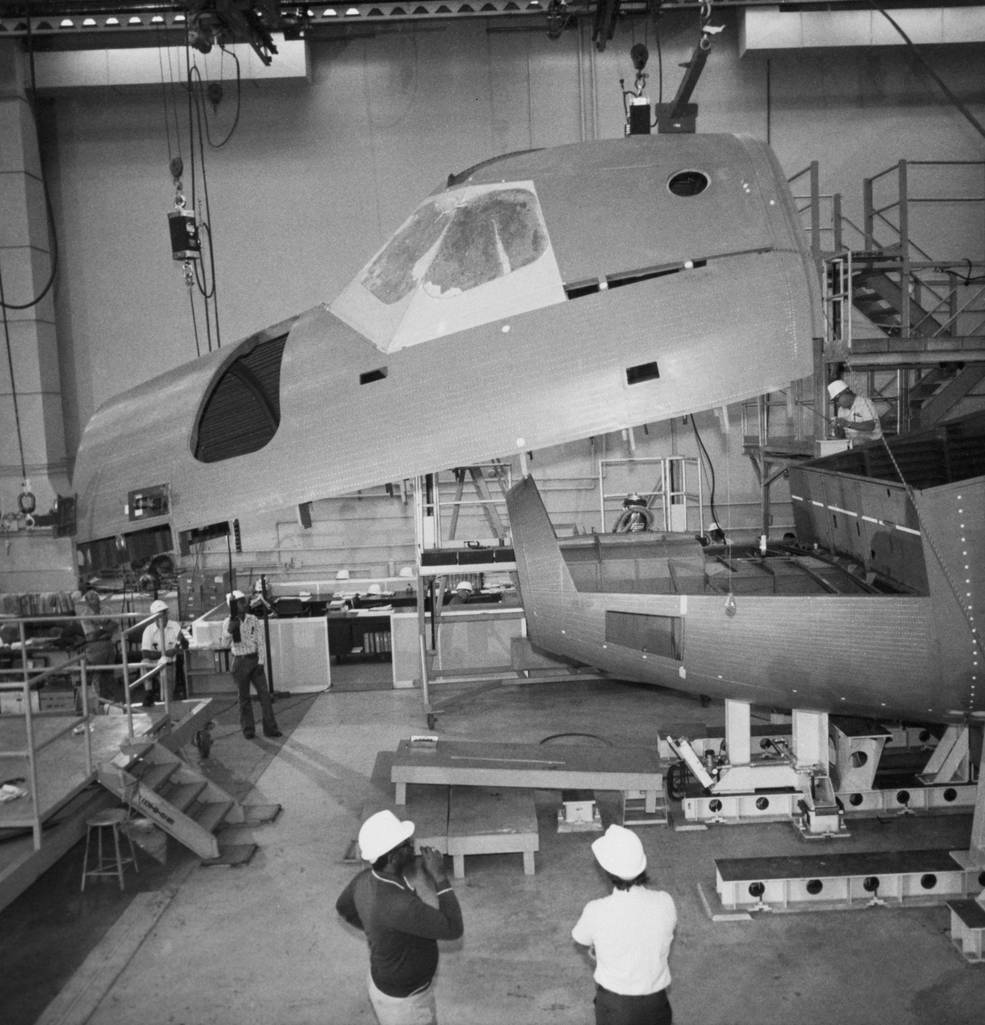 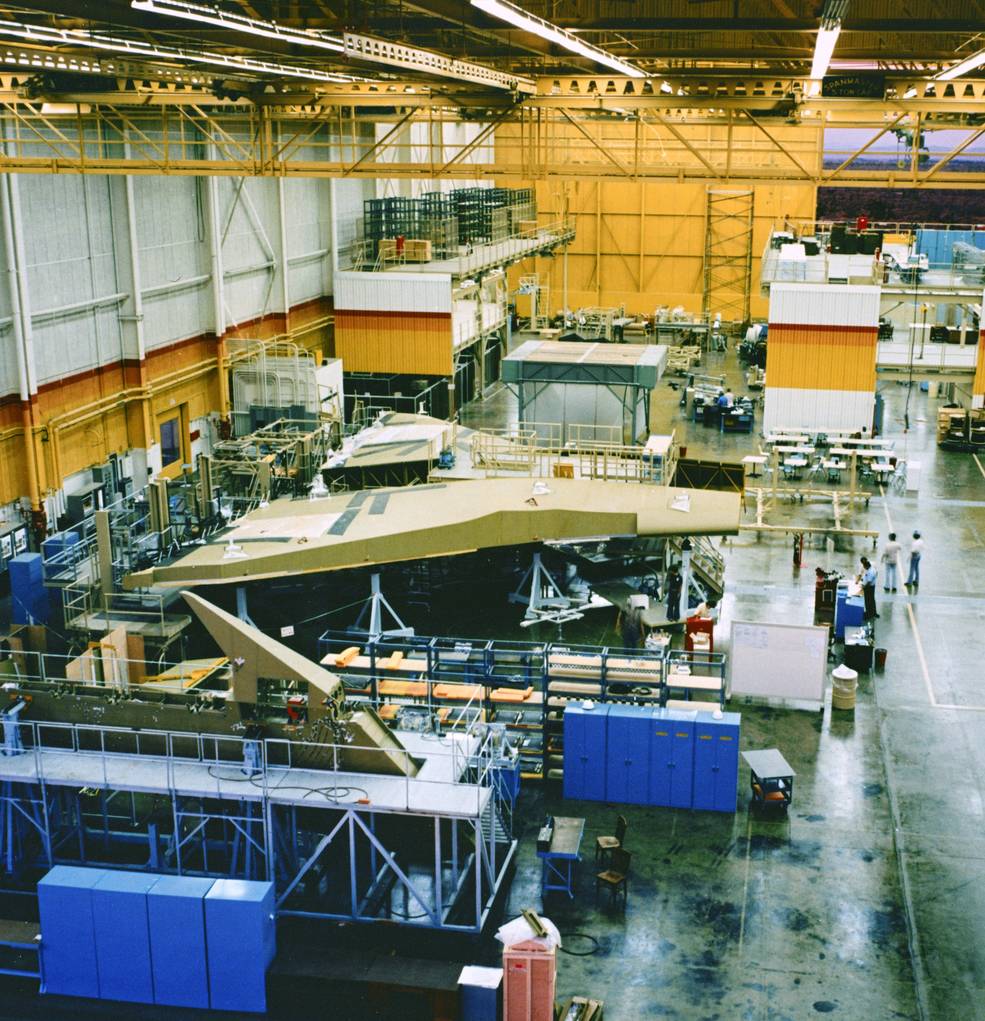 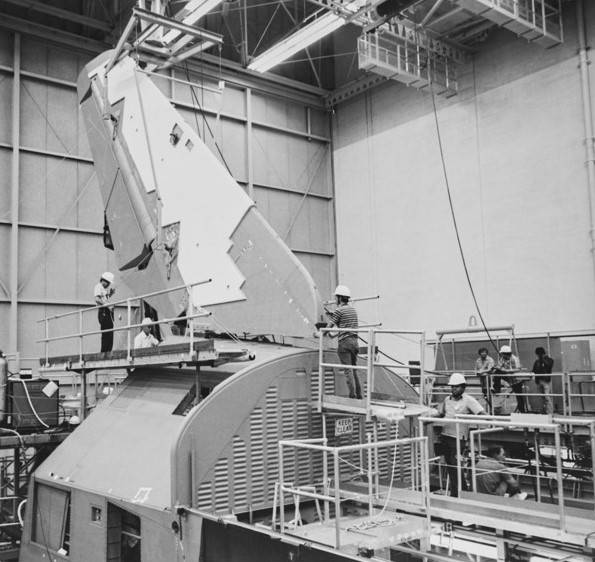 Left: At Rockwell International’s Downey, California, plant, during manufacture of the first space shuttle orbiter,
workers lower the upper cabin onto the lower forward cabin section in November 1975. Middle: In May 1975,
the orbiter’s wings arrived at Rockwell’s Palmdale, California, facility. Right: In December 1975,
workers install the orbiter’s vertical stabilizer at the Palmdale plant. 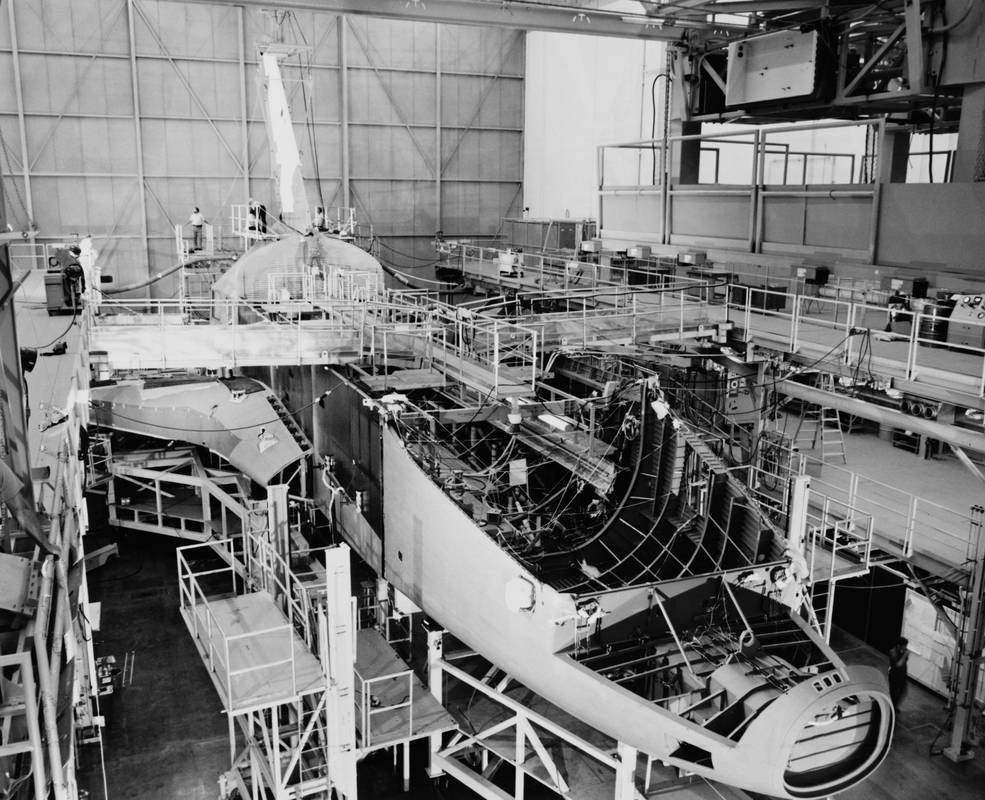 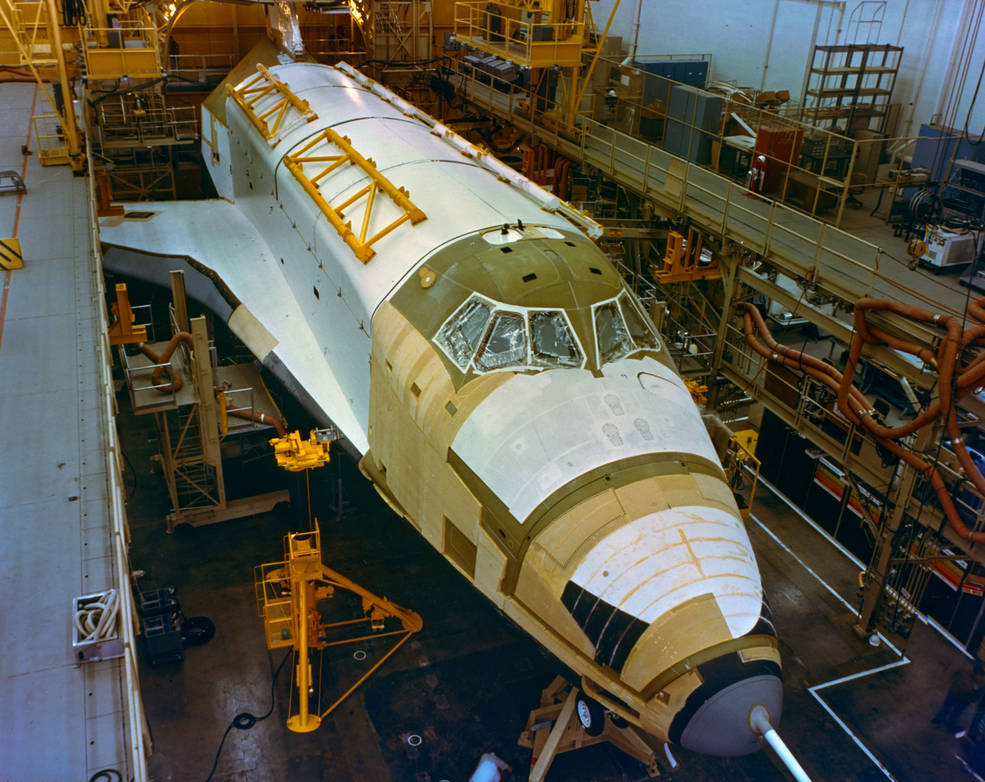 NASA originally planned to name OV-101 Constitution to honor the nation’s foundational document, with the public rollout of the vehicle planned for Constitution Day in 1976. Fans of the science fiction TV series Star Trek mounted a determined write-in campaign, before the age of the Internet and social media, to NASA and to President Gerald R. Ford to instead name this first vehicle Enterprise, after the fictional starship made famous by the show. By one account, these fans sent hundreds of thousands of letters. During a Sept. 8 meeting at the White House – coincidentally, the 10th anniversary of the debut of the original TV show on NBC – President Ford advised NASA Administrator Fletcher that he was partial to the name Enterprise, saying, “It is a distinguished name in American naval history, with a long tradition of courage and endurance. It is also a name familiar to millions of faithful followers of the science fiction television program Star Trek. To explore the frontiers of space, there is no better ship than the space shuttle, and no better name for that ship than the Enterprise.” 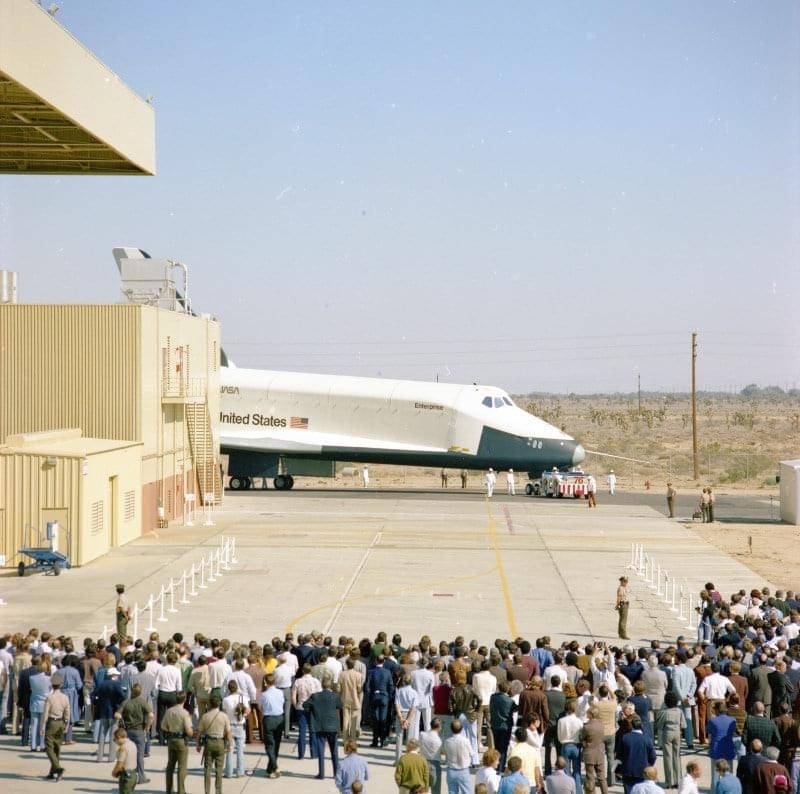 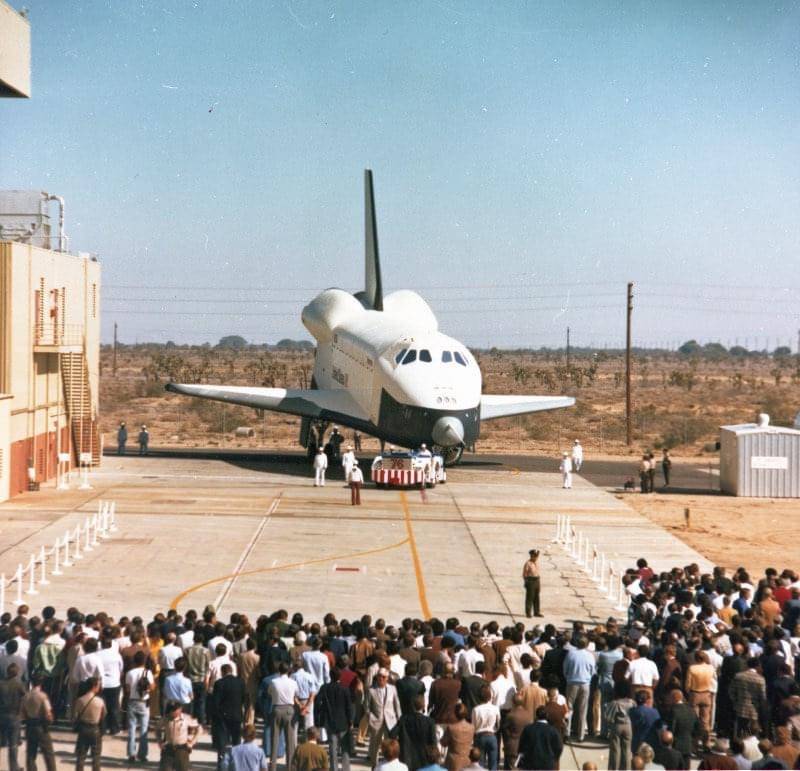 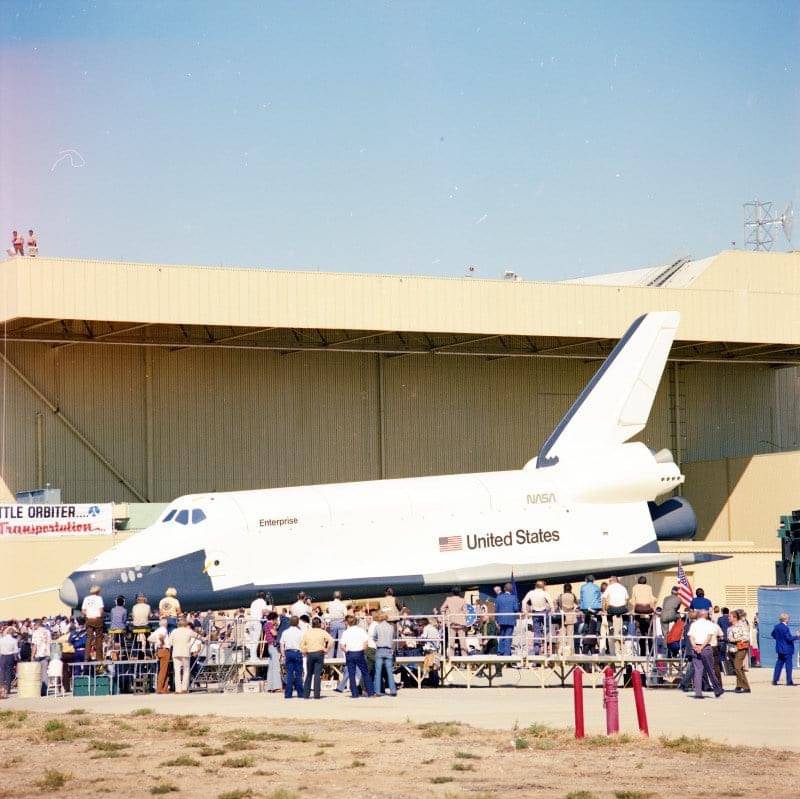 When the vehicle made its public debut at Rockwell’s Palmdale, California, facility, on Sept. 17, 1976, it bore the name Enterprise. More than 600 invited guests and 185 media representatives attended the ceremony. John F. Yardley, NASA associate administrator for the Office of Space Flight, opened the event and served as master of ceremonies. In his remarks, NASA Administrator Fletcher called the rollout a “very proud moment for the agency,” adding that the new reusable space transportation system will “benefit this nation and all the nations of the world.” He then directed that Enterprise begin the rollout. As Enterprise emerged from the hangar, the Air Force Band of the Golden West from March Air Force Base in Riverside County, California, played Alexander Courage’s Star Trek musical score. Several Star Trek cast members as well as the show’s creator Gene Roddenberry were on hand to witness the historic event, as were the four astronauts who were scheduled to conduct the approach and landing tests with Enterprise – Fred W. Haise, C. Gordon Fullerton, Joe H. Engle, and Richard H. Truly. 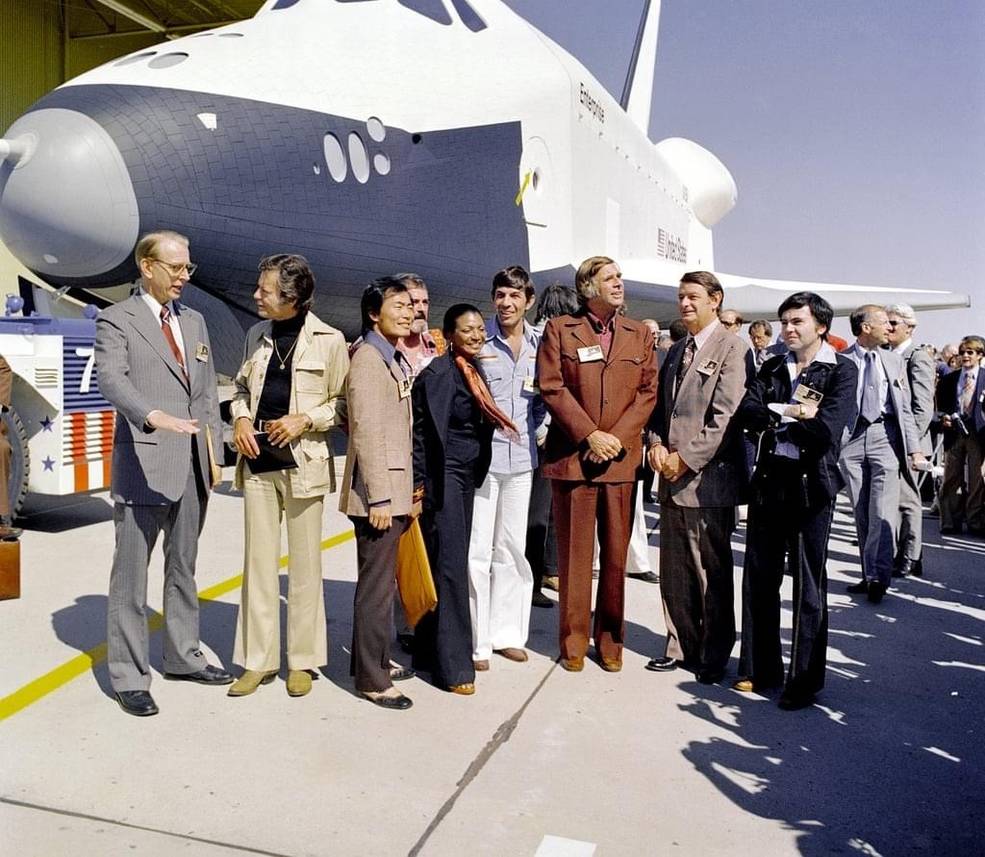 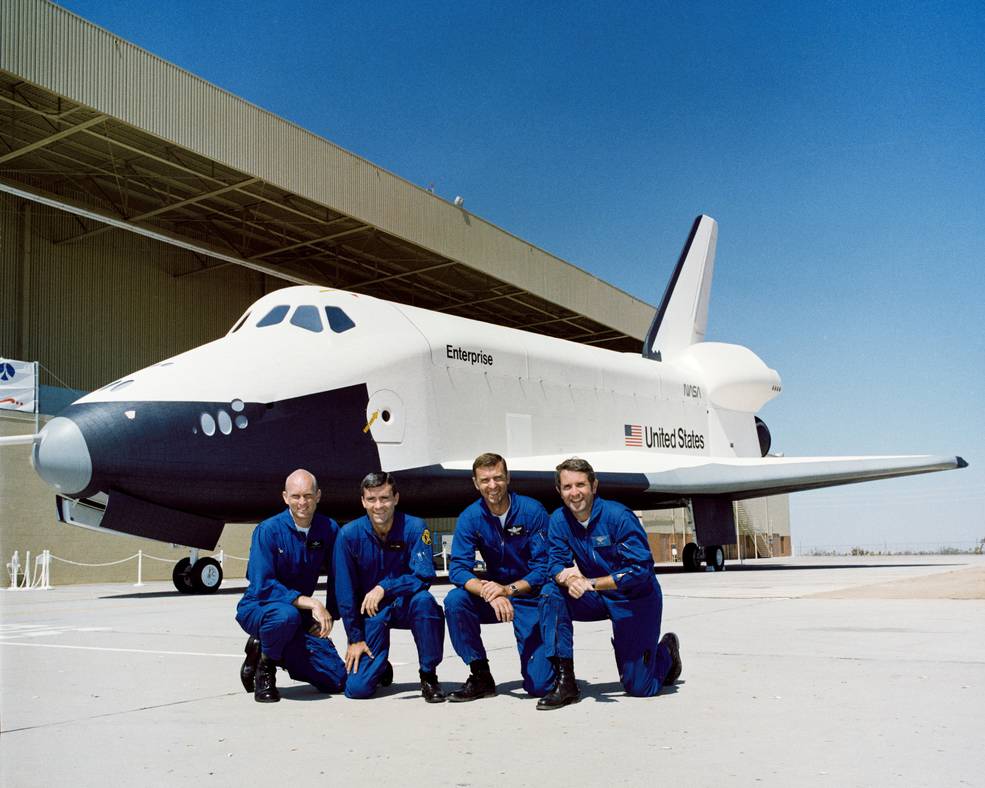 The following day, workers rolled Enterprise out once again, this time for the benefit of the general public and Rockwell International employees. As a comparison with earlier spacecraft, the Apollo 14 Command Module Kitty Hawk was displayed next to Enterprise. More than 35,000 people came to see the new space shuttle. 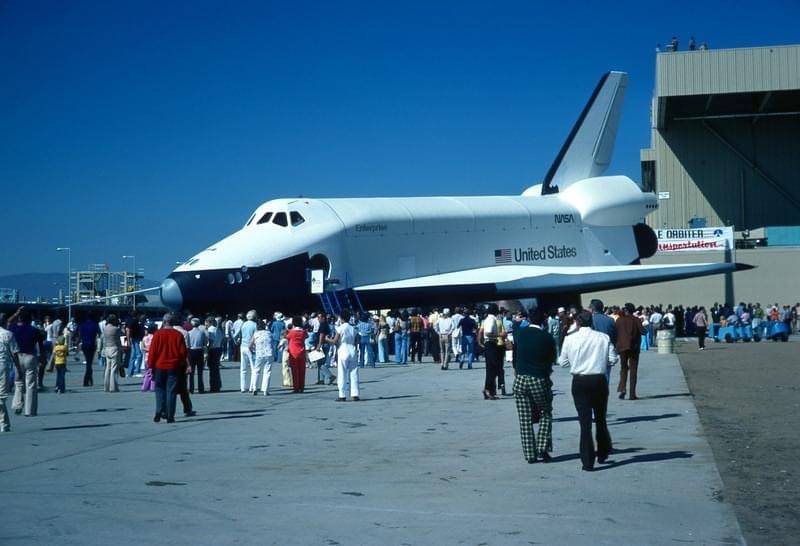 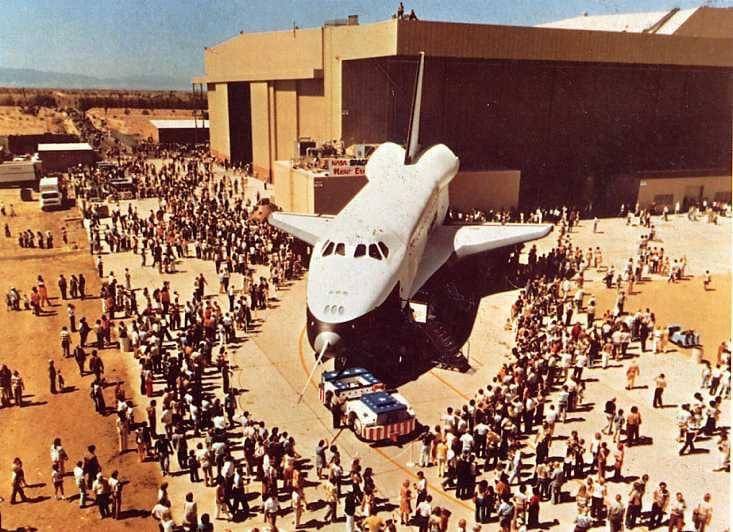 After additional testing at Palmdale, in January 1977 workers trucked Enterprise 36 miles overland to NASA’s Dryden Flight Research Center, now NASA’s Armstrong Flight Research Center, at Edwards Air Force Base in California, where the space shuttle began preparations for the approach and landing tests. Placed atop the Shuttle Carrier Aircraft, a modified Boeing 747, Enterprise began taxi runs in February, followed by the first captive inactive flight later that month. The first captive active flight that included a crew aboard the shuttle took place in June, and Enterprise made its first independent flight on Aug. 12, 1977, with Haise and Fullerton at the controls. Four additional approach and landing flights were completed by October to complete the test program. Over the next few years, NASA used Enterprise to conduct various tests to prepare its sister ships for space flights, including fit checks at Launch Pad 39A at NASA’s Kennedy Space Center in Florida in 1979.

In 2003, the Smithsonian Institution’s National Air and Space Museum displayed Enterprise at its newly-opened Stephen F. Udvar-Hazy Center in Chantilly, Virginia. In 2012, Enterprise was moved to the Intrepid Sea, Air & Space Museum in New York City where it is currently on display.