The invisible cosmic tourist could carry clues about supernova explosions. 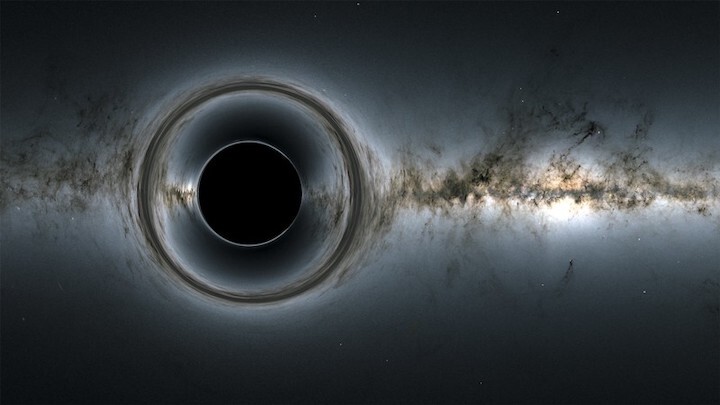 Lone black holes probably litter the Galaxy, but they’re extremely hard to spot. Now astronomers have, for the first time, seen an isolated black hole, wandering unattached across the Milky Way. Black holes are typically glimpsed as they interact with other objects, such as companion stars. Studying solo black holes — a separate class of cosmic object — should help scientists to understand how they form, and how abundant they are.

Black holes are so massive that not even light can escape their gravitational pull, so by their nature they are invisible. They remain ghostly unless they interact with other stellar objects, by super-heating matter from a companion star, for example, or colliding to generate gravitational waves that ripple across the Universe.

Solo black holes are thought to be common, forming whenever a single star of more than 20 solar masses or so reaches the end of its life. “There should be 100 million such black holes in the galaxy, they should be everywhere, but it’s very hard to find them,” says Kailash Sahu, an astronomer at the Space Telescope Science Institute in Baltimore, Maryland, who led the team that made the discovery.

Confirming the black hole’s presence took ten years of observations, using NASA’s Hubble Space Telescope and several ground-based observatories. A preprint paper1 detailing the finding, posted on arXiv on 31 January, has yet to be peer reviewed, but is already thrilling astronomers. “I think this is a very exciting and important discovery,” says Selma de Mink, an astrophysicist at the Max Planck Institute for Astrophysics in Garching, Germany.

To spot the lone black hole, the international team used a technique known as microlensing. The researchers looked for stars that appeared to brighten as an invisible object passed by, its gravitational pull bending and focusing the stars’ light like a lens (see ‘Cosmic lenses’). Very massive objects, such as black holes, affect a larger area of space and so brighten the star for longer. But faint, lighter objects — such as neutron stars — moving unusually slowly could also cause a protracted brightening.

So the team selected eight candidates objects, which produced no light of their own but brightened a background star for at least 200 days, for further observations. They now have enough data to claim that one is a black hole.

Over six years, the group used the Hubble Space Telescope to measure how the passing object seemed to deflect a star’s position in the sky. This deflection is minuscule — gauging it from Earth is equivalent to someone in New York measuring the width of a coin in Los Angeles, says Sahu. Using equations first derived by Albert Einstein in 1915, the researchers were able to calculate that the invisible object’s mass is about seven times that of the Sun: heavy enough that it is almost certain to be a black hole. “They were the first to unambiguously detect a single black hole,” says de Mink.

The detection is much more convincing than previous claims of lone black holes, agrees Eric Agol, an astronomer at the University of Washington in Seattle, who 20 years ago was among the researchers who proposed the combination of brightening and deflection techniques used by the team2.

Finally, extra information came from ground observatories that saw the brightening event. Slight differences in the angle at which the light hit various places around the globe created a parallax effect that pinpointed the distance of the black hole at 1.58 kiloparsecs (5,150 light years) from Earth.

Putting the object’s distance and mass together with the duration of the brightening revealed that the black hole is travelling across our field of view at around 45 kilometres per second. This is slightly faster than the 10–30-kilometre-per-second speeds of other stars in its neighbourhood, says Sahu. That might indicate that the black hole received an extra ‘kick’ when it formed in the core of a supernova explosion. “What a way to get born,” he says.

This measurement is exciting because the kicks that black holes receive at birth are still the subject of “robust debate”, and have implications for understanding supernovae, says Ilya Mandel, an astronomer at Monash University in Melbourne, Australia. But he points out that astronomers know the black hole’s speed in only one direction — it could still be a laggard compared to its neighbours if it is moving more slowly than them in another direction, such as away from Earth. The work is “a very nice result demonstrating an exciting technique, but lots of questions remain”, he says.

Although little can be learnt from just one example, the team has three other promising black hole candidates to examine. As more findings emerge, they could help astronomers to discover much more about the origins of isolated black holes, as well as how common they are, says Feryal Özel, an astronomer at the University of Arizona in Tucson. “We should not infer anything from a single data point, but I’m excited,” she says.

The technique used by the team should also allow astronomers to identify a wider variety of black holes than those typically seen by existing methods, such as observing companion stars, adds Mandel. “We need many ways of studying black holes to get a complete picture,” he says.