A real astronaut leads the tour of a fictional moon base packed with references to real-life space history in a newly-released video by Apple. 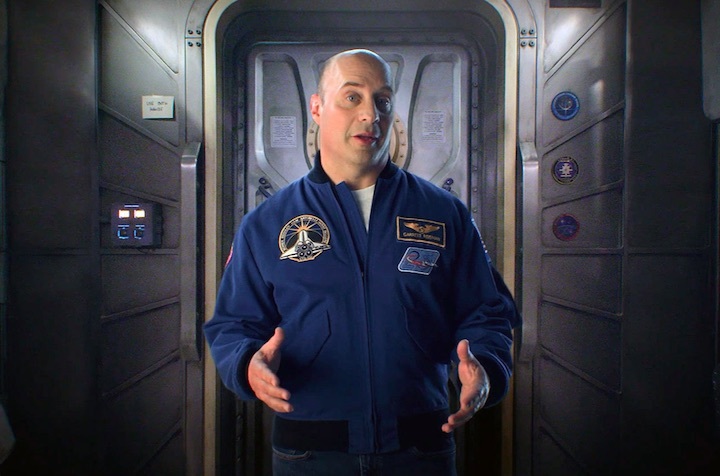 a tour of Jamestown, the Apollo-era moon base featured in the first season of the Apple TV+ series "For All Mankind." (Apple TV+)
Former NASA astronaut Garrett Reisman, who logged more than 90 of his 107 days in space on board the International Space Station, hosts the virtual tour of Jamestown moon base, or rather the set for such, that was featured in the first season of the alternate Apollo history drama "For All Mankind." Reisman, who also worked for and now serves as a senior advisor to SpaceX, was a technical consultant for the Apple TV+ series, which was created and written by Ronald D. Moore ("Star Trek," "Battlestar Galactica").

"Mankind has always been fascinated by the moon and traveling there was one of humanity's greatest achievements. But what if landing on the moon was just a beginning?" says Reisman as the four-and-a-half-minute video begins. "Welcome to Jamestown, 1974."

In reality, NASA's Apollo 17 mission returned to Earth with the last astronauts to fly to the moon in late December 1972. By early 1974, the space agency also had landed the third and final crew to live aboard the United States' first space station, the Skylab workshop. Only one Apollo flight remained — the Apollo-Soyuz Test Project flown jointly with the Russians in 1975 — before the space shuttle program began in 1981.

In "For All Mankind," space history diverges from reality at the point when a Soviet cosmonaut (real-life first spacewalker Alexei Leonov) takes humanity's first steps onto the moon in 1969. Instead of the United States declaring victory, the space race continues, as both the U.S. and Russia pursue bolder missions on the moon.

Enter Jamestown, literally. In the new video, Reisman takes viewers on an in-depth tour of the moon base set, pointing out details that even the most fervent watchers of the series might have missed. (For a limited time, audiences in the U.S. and over 100 countries and regions can watch "For All Mankind" for free on the Apple TV app.)

With the rock group Bachman Turner Overdrive's 1973-hit "Takin' Care of Business" playing in the background, Reisman guides viewers through the solar-powered, single-module base as on-screen notations point out the features he is describing.

"Jamestown base is the first permanent outpost established on the moon built for exploration and research. It is designed to house three astronauts for three months at a time," Reisman says as the off-screen narrator. "It is not exactly a five-star hotel. Space is confined and privacy is almost non-existent, but compared to the LM [lunar module, or the Apollo moon lander], it is actually pretty roomy."

Inside, Reisman points out the advantages of living in an environment where there is just enough gravity (one-sixth that of Earth) to make a shower a possibility. The shower's design is reminiscent of the one used aboard the real Skylab, but in microgravity the astronauts had to squirt water from a hose and use washcloths to clean off their bodies.

Other Skylab-inspired systems shown on the Jamestown tour include resistance bands to aid in exercising, Apollo-style switches and status dials to control and monitor the on board equipment and even the color-coded Snoopy decals used in real life to distinguish between different crew members' personal items.

Speaking of the crew, mission patches attached to the moon base's walls reveal a few more nods to real-life astronauts, including the names "Crippen" and "Engle," as well as "Cobb," which in the context of the series was the first American woman on the moon, but in reality was the surname of one of the first 13 women pilots to pass the same medical tests as the Mercury 7 astronauts.

Reisman also highlights the use of Apollo hardware in the design of the base itself.

"Some of this external equipment might look a little familiar," he says, as a blueprint of the lunar outpost is displayed on the screen. "The fuel tanks, the RCS [reaction control system] thrusters and four descent engines were all repurposed from the LM (shown here as spelled "LEM," or Lunar Excursion Module, the original acronym for the real-life Apollo LM).

There is even a cameo by a real-life Apollo veteran. At one point, as Reisman is describing the communications systems with Earth, a TV screen shows archival footage of Instrumentation and Communications Officer, or INCO, Ed Fendell, whose job in Mission Control included controlling the TV cameras positioned on the moon during the Apollo 15, 16 and 17 missions.

The attention to detail makes the Jamestown moon base seem realistic, but of course, it is just a Hollywood set, made for the filming of "For All Mankind." Reisman, though, ends the video with a nod to NASA's and others' ambitions to return astronauts to the moon, this time sustainably and for extended stays.

"Jamestown shows what a moon base could have looked like in the Apollo era. It is realistic as possible, given the technology of the time," says Reisman. "Now, we've come a long way since the Apollo era — I mean, think about what a moon base could be with the technology of today. Maybe the idea of living on the moon is actually closer than we think." 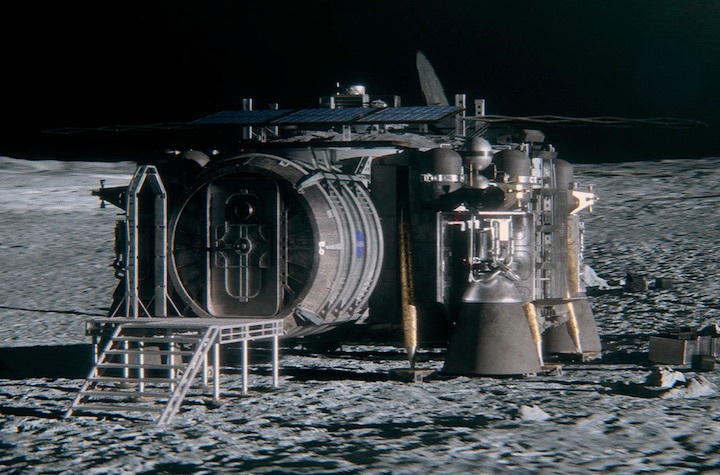 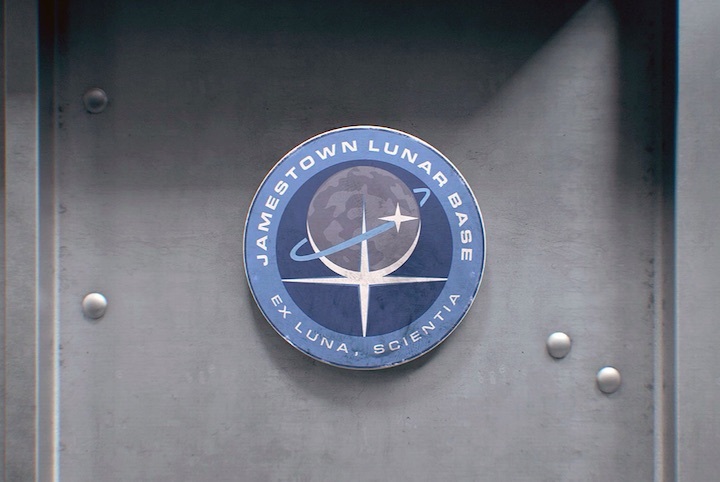 The mission patch for the first permanent outpost established on the moon, the Jamestown moon base, as featured in the first season of the Apple TV+ series "For All Mankind." (Apple TV+)
Quelle: CS
Raumfahrt - Astronaut-led tour reveals details in 'For All Mankind' moon base
« Zum vorherigen Eintrag Zum nächsten Eintrag »
987 Views
Created with page4