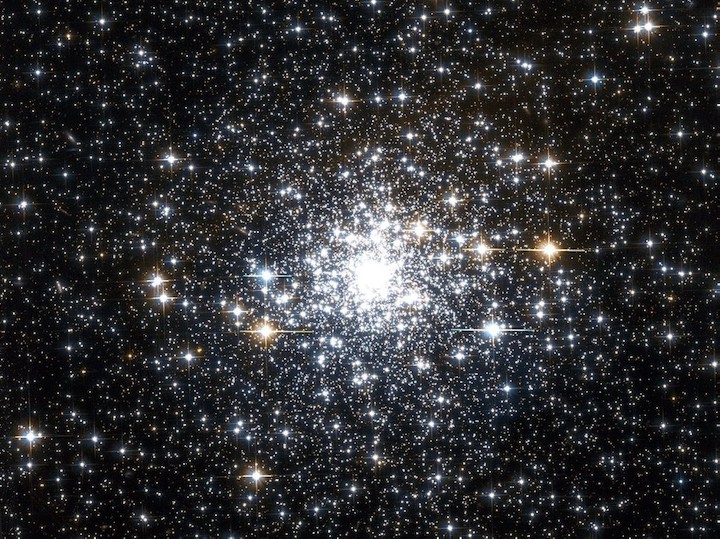 A paper by Special Astrophysical Observatory and Kazan Federal University appeared in Research in Astronomy and Astrophysics.

Senior Research Associate Margarita Sharina (Special Astrophysical Observatory) and Associate Professor Vladislav Shimansky (Kazan Federal University) studied the globular cluster NGC 6652.4.05957 and found out that its age is close to 13.6 billion years, which makes it one of the oldest objects in the Milky Way.

Globular clusters are mostly situated tens and hundreds of thousands of light years from Earth, and only the brightest stars in them can actually be studied. Margarita Sharina, a Kazan Federal University alumna, came up with the idea of researching the spectra of full star clusters several years ago. Together with Vladislav Shimansky, she developed Cluster, a special software package to model such spectra. During their joint work, the two scientists have determined fundamental characteristics of almost 40 globular clusters.

In this paper, they analyzed the spectra of NGC 6652 obtained by the Cerro Tololo Observatory. The overall ratio of heavy elements in the cluster turned out to be unusually high. Furthermore, some anomalies in the ratio of several elements (carbon, nitrogen, sodium, magnesium, calcium, and titanium).

“For a long time, the consensus was that the younger the galactic object is, the higher its metallicity. Closer to the late 20th century, astronomers started to move away from this viewpoint,” explains Shimansky. “NGC 6652 is a rather old globular cluster, its age is about 13.6 billion years, according to various estimates. At the same time, its metallicity is rather high. The reason, hypothetically, is its unusual dynamics – the matter which formed the cluster has passed through the galactic disk multiple times and amassed the heavy elements synthesized there.”

Studying globular clusters with up to a million stars can help research the early stages of the Universe.

During this past decade, many large telescopes have been observing galactic and extragalactic globular clusters – natural laboratories which facilitate the studies of stars and galaxies. Many more interesting discoveries are to be made after more data is deciphered, concludes Shimansky.