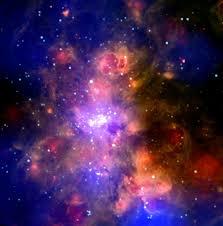 NANJING, May 6  -- A team of Chinese astronomers has discovered two giant molecular clouds, or star-forming regions, some 1,000 lightyears away from the solar system, a new achievement by China's Milky Way observation project.

The Milky Way is a large spiral galaxy with many dense clouds around its four spiral arms. Mainly composed of molecular hydrogen, the clouds are the birthplace of new stars.

The astronomers at the Purple Mountain Observatory of the Chinese Academy of Sciences named them "River Cloud" and "Phoenix Cloud," respectively. The findings were presented in an article published in Astrophysical Journal in late April.

In the article, the astronomers revealed the mass and sizes of the two newly-discovered clouds, which were spotted in the Aquila Rift region, a dark region in the Milky Way. The River Cloud, with a length of 300 light-years, looks like a long river winding in the universe. While the Phoenix Cloud, in the shape of a large bird, is about 200,000 times the mass of the sun.

"What is more exciting is that the evidence of star formation can already be seen in the 'River,'" said Su, also an associate researcher at the observatory. "It is also very likely that stars are forming in the 'Phoenix.'"

The molecular cloud discovery is the latest achievement of a grand project called the Milky Way Imaging Scroll Painting. It was launched in 2011 by the observatory to explore the distribution, structure and physical properties of molecular clouds to get a portrait of the vast Milky Way.

"The project is important for us to understand the origin of stars, planets and our entire galaxy," said project leader Yang Ji.

About 80 percent of the project has been done, and it is expected to take another three years to complete, Yang told Xinhua. Enditem