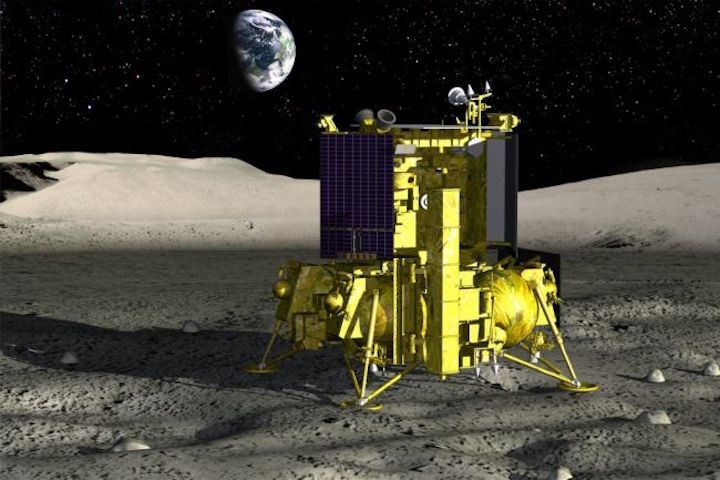 Russia hasn't been to the moon since 1976, but the country hopes to soon pick up where it left off.

The nation has a suite of three moon missions planned for the first half of this decade, and Vladimir Kolmykov, head of the Lavochkin Scientific and Production Association, the segment of Russian space agency Roscosmos that oversees interplanetary robots, recently spoke about the program's current state. The missions will pick up where the Soviet space program left off in the 1970s, with the new spacecraft dubbed Luna-25, Luna-26 and Luna-27, all of which represent partnerships with the European Space Agency (ESA).

"The Luna-25 spacecraft is currently in the assembly and first trial stages," Kolmykov told President Vladimir Putin, according to an English transcription of the call posted by the Kremlin on April 10. "Yes, there are some cooperation problems but we are working on them. I hope that the 2021 goal of launching Luna-25 will be achieved."

According to a conversion with Kolmykov posted to the Roscosmos website on April 14, the Luna-25 spacecraft should be completed next March and the space agency is currently targeting a launch date of Oct. 1, 2021. (ESA is contributing a video camera and ground-station support for the mission, he noted.)

Later this decade, Luna-26 will map the moon's surface and Luna-27 will study the lunar regolith, the rock and dust that cover the moon's surface, after landing with a European piloting system. "Overall we are fairly confident that the objectives involving Luna-26 and Luna-27 will be met in 2024 and 2025, respectively," Kolmykov told Putin during the meeting last month.

More missions are under consideration as well. Luna-28 could carry a small rover and send moon rocks back to Earth; Luna-29 could carry a larger rover along the lines of the Soviet Lunokhod vehicles.

The moon is a popular destination these days. The U.S., which originally raced to the moon with the Soviet Union in the 1950s, '60s and '70s, is aiming to return robots to the lunar surface starting in 2021 as part of its Artemis program to land astronauts at the south pole in 2024. China's Chang'e-4 lander has spent more than a year studying the far side of the moon with a companion rover, and the nation has a suite of additional missions in the works, with Chang'e-5 scheduled to launch later this year.

Of course, not every moon mission succeeds. Last year, two landers — the Beresheet mission from Israel and the landed portion of India's Chandrayaan-2 mission — crashed into the lunar surface.

Kolmykov is confident the new Russian missions won't meet the same fate, he said in the Roscosmos interview. The touchdown process for the Luna landers is modeled on the previous Soviet spacecraft and Roscosmos is not currently exchanging knowledge with Israel or India, he said.