BEIJING, May 6 (Xinhua) -- A flexible and inflatable cargo return capsule that China sent into space for test for the first time operated abnormally during its return to the ground on Wednesday, according to the China Manned Space Agency.

Aboard the country's new large carrier rocket Long March-5B, the test capsule was launched from the Wenchang Space Launch Center on the coast of southern China's island province of Hainan on Tuesday. 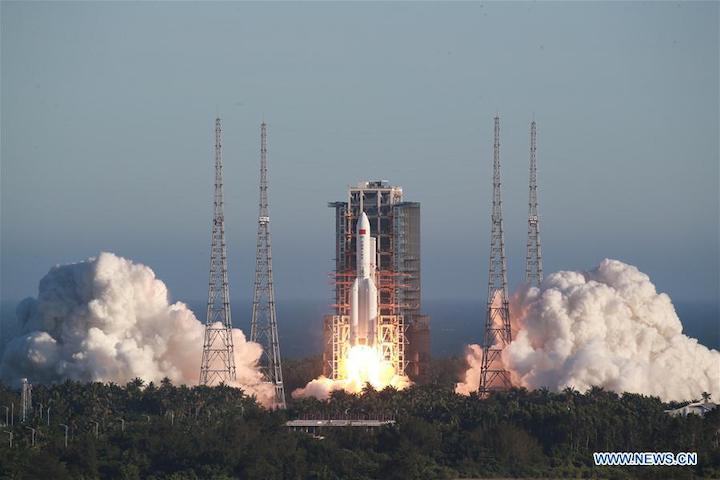 WENCHANG, Hainan, May 5 (Xinhua) -- Construction of China's space station moves a step closer with the successful maiden flight of its new large carrier rocket, the Long March-5B, on Tuesday.

The Long March-5B was specially developed to launch the space station modules, said Wang Jue, chief director of the rocket development team at the China Academy of Launch Vehicle Technology (CALT) under the China Aerospace Science and Technology Corporation.

The rocket uses environment-friendly fuel, including liquid hydrogen, liquid oxygen and kerosene. It has a takeoff mass of about 849 tonnes and a takeoff thrust of about 1,078 tonnes.

The Long March-5 rocket will be mainly used for launching large satellites to high-Earth orbit and deep-space probes such as the Chang'e-5 lunar probe and the Mars probe. The Long March-5B rocket will mostly carry capsules of China's space station and large spacecraft to low-Earth orbit, according to CALT.

With the largest payload capacity of China's current carrier rockets, the Long March-5B enables the launch of large spacecraft. For instance, each module of China's space station will be over 20 tonnes, and can only be carried into space by the new rocket.

The Long March-5B has the largest fairing of China's carrier rockets, specially designed to carry the space station modules. A rotary separation scheme ensures the fairing can separate from the payloads safely in space.

To meet the requirements of rendezvous and docking of the modules, the Long March-5B rocket needs to be launched within a "zero window", which means its launch time error should be less than a second, said Li.

With only one core stage and four boosters, the Long March-5B has a simpler structure and higher reliability than multi-stage rockets. However, it is required to send payloads directly into orbit, which is like a high-speed train suddenly braking and stopping stably at a designated position.

So the research team equipped the rocket with advanced guidance, navigation and control technologies to continuously adjust its trajectory, Li said.

The development of the new carrier rocket also helps lay the foundation for the research and development of China's heavy-lift launch vehicle, Li added.

This year will see another two flights of China's large carrier rocket. The Long March-5 is expected to launch China's first Mars probe in July, and the Chang'e-5 lunar probe at the end of 2020 to collect moon samples and bring them back to Earth.

This year also marks the 50th anniversary of the launch of China's first satellite Dongfanghong-1 by a Long March-1 rocket, which had a carrying capacity of just 173 kg, on April 24, 1970.

China has developed more than 10 types of carrier rockets to send different payloads to different orbits over the past five decades. Enditem 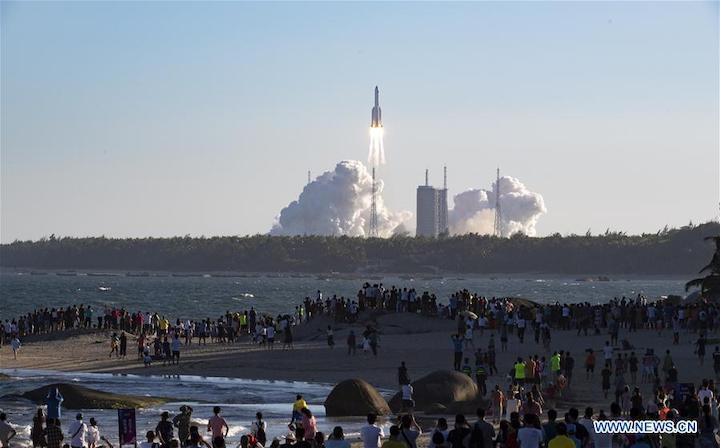