Whether there is life elsewhere in the universe is a question people have pondered for millennia, and within the last few decades, great strides have been made in our search for signs of life outside of our solar system.

NASA missions like the space telescope Kepler have helped us document thousands of exoplanets — planets that orbit around other stars. And current NASA missions like Transiting Exoplanet Survey Satellite (TESS) are expected to vastly increase the current number of known exoplanets. It is expected that dozens will be Earth-sized rocky planets orbiting in their stars’ habitable zones, at distances where water could exist as a liquid on their surfaces. These are promising places to look for life.

This will be accomplished by missions like the soon-to-be-launched James Webb Space Telescope, which will complement and extend the discoveries of the Hubble Space Telescope by observing at infrared wavelengths. It is expected to launch in 2021 and will allow scientists to determine if rocky exoplanets have oxygen in their atmospheres. Oxygen in Earth’s atmosphere is due to photosynthesis by microbes and plants. To the extent that exoplanets resemble Earth, oxygen in their atmospheres may also be a sign of life.

Not all exoplanets will be Earth-like, though. Some will be, but others will differ from Earth enough that oxygen doesn’t necessarily come from life. So with all of these current and future exoplanets to study, how do scientists narrow down the field to those for which oxygen is most indicative of life?

To answer this question, an interdisciplinary team of researchers, led by Arizona State University, has provided a framework called a “detectability index” that may help prioritize exoplanets that require additional study. The details of this index have recently been published in the Astrophysical Journal of the American Astronomical Society.

“The goal of the index is to provide scientists with a tool to select the very best targets for observation and to maximize the chances of detecting life,” said lead author Donald Glaser of ASU’s School of Molecular Sciences.

The oxygen detectability index for a planet like Earth is high, meaning that oxygen in Earth’s atmosphere is definitely due to life and nothing else. Seeing oxygen means life. A surprising finding by the team is that the detectability index plummets for exoplanets not too different from Earth.

Although Earth’s surface is largely covered in water, Earth’s oceans are only a small percentage (0.025%) of Earth’s mass. By comparison, moons in the outer solar system are typically close to 50% water ice.

“It’s easy to imagine that in another solar system like ours, an Earth-like planet could be just 0.2% water,” said co-author Steven Desch of ASU’s School of Earth and Space Exploration. “And that would be enough to change the detectability index. Oxygen would not be indicative of life on such planets, even if it were observed. That’s because an Earth-like planet that was 0.2% water — about eight times what Earth has — would have no exposed continents or land.” 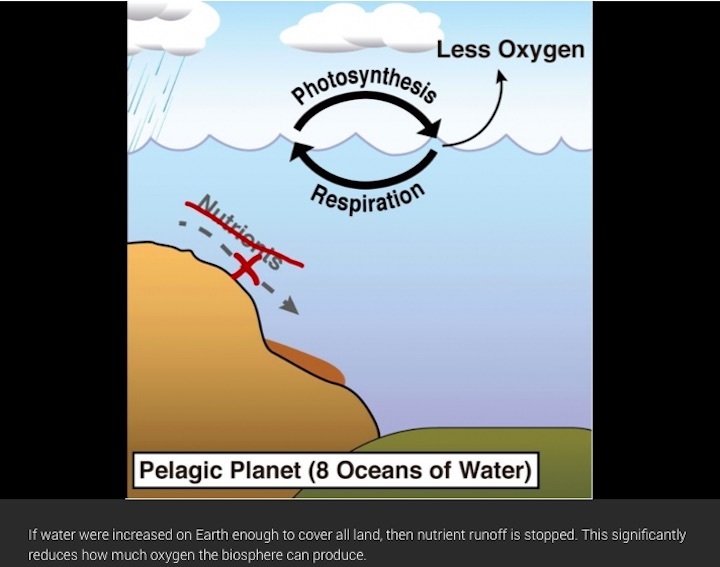 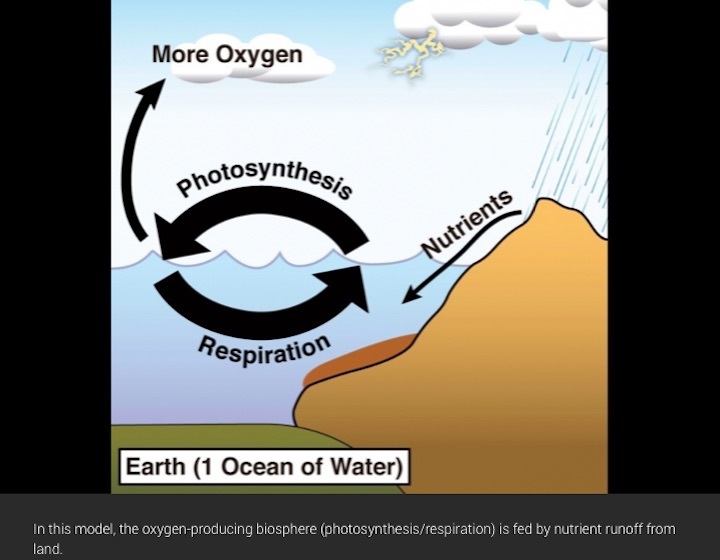 Without land, rain would not weather rock and release important nutrients like phosphorus. Photosynthetic life could not produce oxygen at rates comparable to other nonbiological sources.

“The detectability index tells us it’s not enough to observe oxygen in an exoplanet’s atmosphere. We must also observe oceans and land,” Desch said. “That changes how we approach the search for life on exoplanets. It helps us interpret observations we’ve made of exoplanets. It helps us pick the best target exoplanets to look for life on. And it helps us design the next generation of space telescopes so that we get all the information we need to make a positive identification of life.”

Scientists from diverse fields were brought together to create this index. The formation of the team was facilitated by NASA’s Nexus for Exoplanetary System Science (NExSS) program, which funds interdisciplinary research to develop strategies for looking for life on exoplanets. Their disciplines include theoretical and observational astrophysics, geophysics, geochemistry, astrobiology, oceanography and ecology.

“This kind of research needs diverse teams, we can’t do it as individual scientists” said co-author Hilairy Hartnett, who holds joint appointments at ASU’s School of Earth and Space Exploration and School of Molecular Sciences.

It is the hope of this team that this detectability index framework will be employed in the search for life.

“The detection of life on a planet outside our solar system would change our entire understanding of our place in the universe,” Glaser said. “NASA is deeply invested in searching for life, and it is our hope that this work will be used to maximize the chance of detecting life when we look for it.”