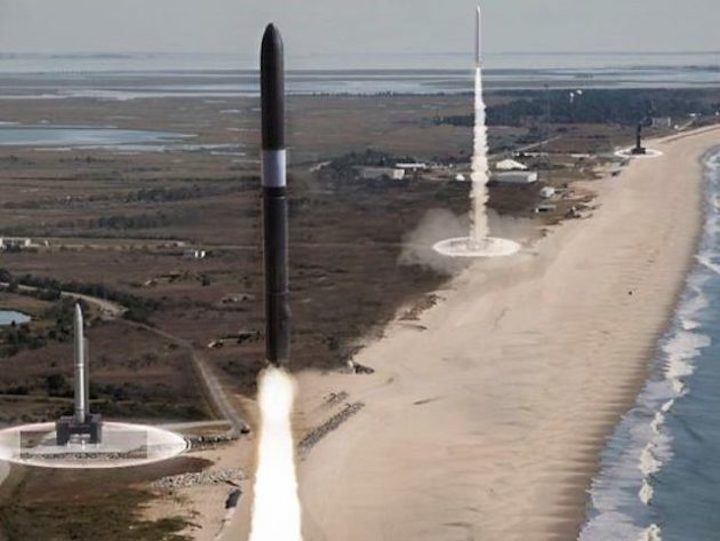 The challenge, modeled after the autonomous-vehicle races that DARPA sponsored more than a decade ago, will require teams to send payloads into orbit at short notice. The qualified teams won’t know where they’re supposed to launch from until about a month before the scheduled launch, and they won’t get their payload and orbital specifications until two weeks in advance.

To earn the $10 million prize, the winning team will have to launch not just once, but twice within roughly two weeks’ time.

The identities of the teams that have been cleared for the contest can’t be revealed quite yet, said Todd Master, program manager for the challenge at DARPA’s Tactical Technology Office. He explained that the recent government shutdown forced a delay in the licensing process at the FAA’s Office of Commercial Space Transportation, also known by the acronym AST.

Teams were originally supposed to win acceptance of an FAA license application by Feb. 1, but that part of the timeline has now been reset for March 1, Master told GeekWire today at the Commercial Space Transportation Conference in Washington. The list of qualified teams will be announced this spring, he said.

Master said about 55 teams applied to compete in the wake of the DARPA Launch Challenge’s official kickoff last April, and the field was trimmed down to 18 last November. Now DARPA and AST are working together to take a close look at the team’s plans and timelines.

Master couldn’t yet say whether any of the teams will be ready to launch rockets by the time the contest takes place, late this year.

“Everybody is aspirational at this point, but I think if you look at what’s happening in the small-launch industry, there’s a lot of momentum right now,” he said. “And I think you’re going to see a different field next year than you see today.”

The teams that qualify for the challenge will get $400,000 each to continue developing their launch vehicles. When the time comes, DARPA will provide the mystery payloads for launch, and choose the launch venue from a list of nine sites scattered across the country. 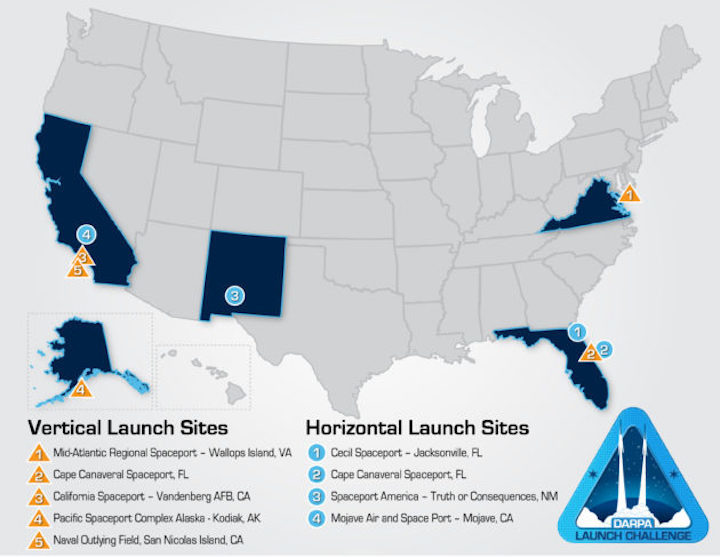 DARPA has listed five vertical-launch sites and four horizontal-launch sites on its menu for the DARPA Launch Challenge. Click on the image for a larger version. (DARPA Graphic)

It’ll be up to the teams to get their rockets to the right place in time for launch, and deliver the payload to the orbit that DARPA specifies. The teams that succeed in the first launch will win $2 million each. They’ll also become eligible to win up to $10 million if they succeed in their second launch, under similar rapid-response conditions.

All these incentives are designed to stimulate technological innovation in a field that the Pentagon calls “responsive space” — that is, the ability to send up quick replacements for satellites that have gone out of service due to an unforeseen malfunction or an attack.

“We see, at DARPA, the ability to put things into space quickly, on an on-demand basis, as a critical national capability,” Master said. “And it’s one that we don’t have today.”