The newfound crater is not related to an earlier impact discovery, NASA says. 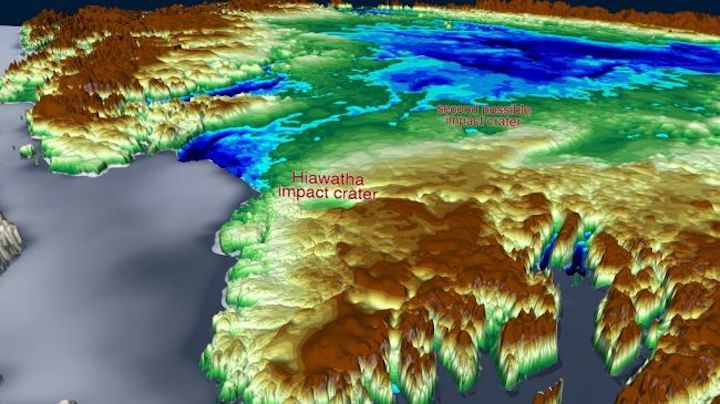 Hard on the heels of discovering what could be a massive impact crater deep under the Greenland ice sheet, scientists think they may have discovered a second, unrelated such structure nearby.

The new suspected impact crater is about 22 miles (36 kilometers) wide and, like the first structure, has not yet been definitively identified as an impact crater. There are many more crater-shaped features on Earth than there are actual craters formed by meteorites slamming into the planet.

"I began asking myself, 'Is this another impact crater? Do the underlying data support that idea?'" lead author Joe MacGregor, a glaciologist at NASA's Goddard Space Flight Center in Greenbelt, Md., said in a statement. "Helping identify one large impact crater beneath the ice was already very exciting, but now it looked like there could be two of them." [In Pictures: The Giant Crater Beneath Greenland Explained]

MacGregor was also involved in identifying a slightly smaller possible impact crater, dubbed Hiawatha, which was announced in November. In addition to its strikingly circular shape and the elevation features of a rim and central mound that scientists expect in an impact crater, the Hiawatha discovery also sports minerals that appear to have been abruptly shocked by a dramatic event like a meteorite impact.

The new candidate lacks a similar mineral footprint and is thought to be from a meteor based only on elevation data gathered by 11 different remote sensing programs. That data shows a striking dent in the Earth's surface about 114 miles (183 km) southeast of the first structure's location. The second structure is less circular than Hiawatha, but scientists believe they spot the same distinctive rim and interior peaks.

Despite the close proximity of the two features, scientists believe that even if both were formed by meteorites striking Earth, they were likely created separately. The team believes the newly-discovered structure formed more than 79,000 years ago, before any of the ice currently above it was in place.

That leaves a wide range of potential ages, however, so the team added a second technique to try to estimate its age. By modeling what such an impact crater may have looked like when it first formed, the scientists were able to calculate how many thousands of years of ice erosionwould have been necessary to create its current form. That process suggested the structure first formed between 100,000 and 100 million years ago. 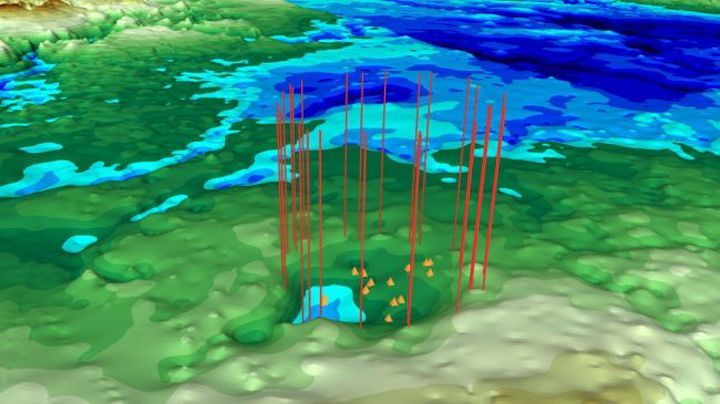 That range seems to be older than the Hiawatha structure, which the was originally dated between 3 million and 12,000 years ago; researchers on that project suspected the alleged crater was on the younger side of that range.

Both potential impact craters need to be verified as such before scientists can tell anything about the history of meteorites slamming into Earth. But the team is clearly still reveling in the novelty of studying these massive structures hidden deep below ice — in this case, over a mile's (2 km) worth..

"We've surveyed the Earth in many different ways, from land, air and space — it's exciting that discoveries like these are still possible," MacGregor said.

The research is described in a paper published today (Feb. 11) in the journal Geophysical Research Letters.