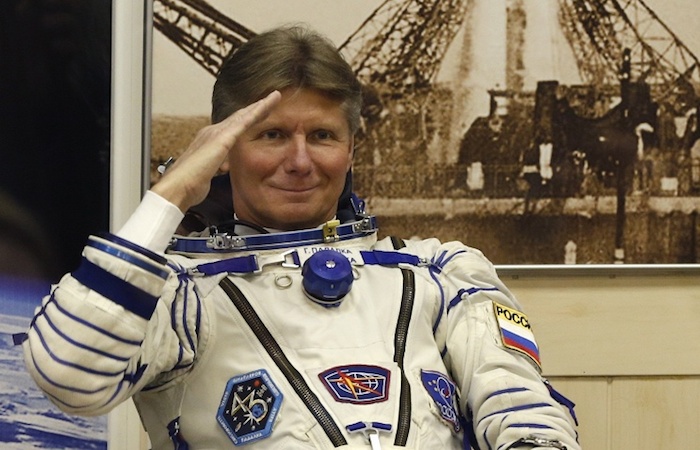 Russian cosmonaut Gennady Padalka who has returned to Earth after a six-month-long space flight has taken part in a post-flight experiment, a source at the Cosmonaut Training Center located in the Star City (Zvyozdnyi Gorodok) near Moscow told TASS on Monday.
"While Padalka was handling a spaceship in a regime of rapprochement with ISS and its circumnavigation on a simulator, special equipment fixed his physiological parameters," the source said.
He explained that the Pilot-T experiment was designed to study the reliability of cosmonauts’ professional activities on a duration flight.
It was not the first post-flight experiment Padalka took part in. Last week, Padalka finished the Morse experiment aiming at studying metabolism and its regulation; the dynamics of a human organism’s protective systems and environmental systems during space flights to the International Space Station (ISS).
Other experiments included the Cardiovector the aim of which was to study the influence of space flight factors on the role of heart sections in adapting the blood circulation process to conditions of durable weightlessness.
"The results of these scientific experiments will be used in training cosmonauts for future space flights," a source at the Cosmonaut Training Centre explained.
Gennady Padalka is undergoing a post-flight rehabilitation at the Cosmonaut Training Centre.
He returned to Earth from the ISS on September 12. He had set a record of being in outer space - 878 days - during five space flights. Russian Cosmonaut Sergey Krikalyov, the former world record holder, has 803 ‘space’ days to his credit.
Quelle: TASS
Raumfahrt
« Zum vorherigen Eintrag Zum nächsten Eintrag »
3208 Views
Created with page4