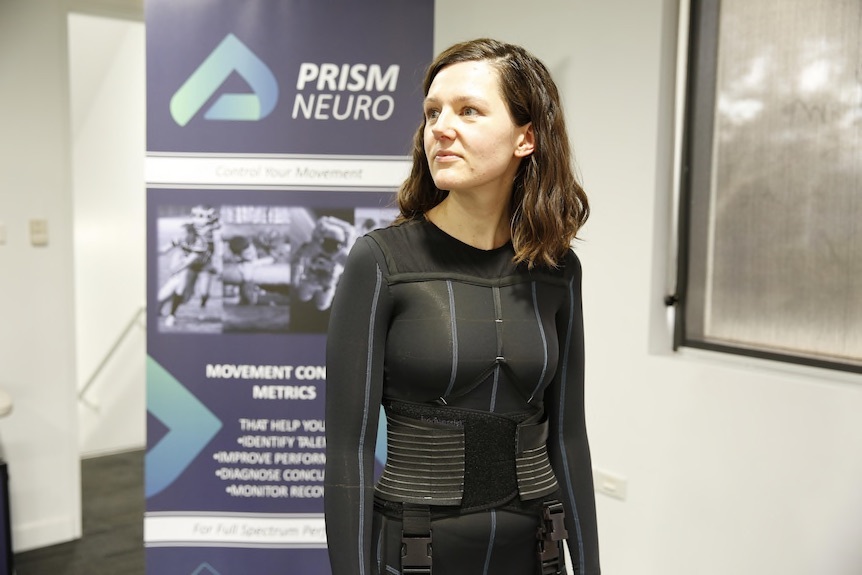 Leaving Earth's gravity should take a weight off your shoulders.

And in a very literal sense, it does.

You're all but weightless, cruising through space, living out your Homer-Simpson-with-a-bag-of-potato-chips dreams.

But it turns out zero-gravity — or more specifically microgravity — does some really strange and often quite unpleasant things to human bodies.

Your blood pressure changes, your spine extends, your balance can be thrown out and some studies suggest it can even affect your ability to recognise emotion in others.

And after months without gravity, returning is a shock to the system.

Astronauts coming back down to Earth after stints on the International Space Station are lifted out of their capsules because they can't climb out themselves.

And that could make things really tricky when touching down on a different planet, with no helping hands.

What's it really like floating through space - and coming home

Very few Australians can give a first-hand account of life in space, but one who can is retired NASA astronaut Andy Thomas.

On just one of those missions, he spent 130 days abroad the Russian Space Station Mir.

Dr Thomas said he adjusted to microgravity fairly easily, though that is not the experience for everyone.

"Different people adjust differently, it's a very personal kind of response," he said.

"When you first get into zero gravity, some people have a lot of (inner-ear) disturbance, they feel nausea, kind of like being seasick, they don't have a good sense of up and down.

"Because there is no up and down."

But after months floating through microgravity, he said returning to Earth was much more of a challenge.

"Some people get up out of the seat once they've landed in the spacecraft, and act like they've never been gone," he said.

"Other people feel a lot of malaise, an incredible weight in their arms and legs ... their balance system is out of whack, they can't walk in a straight line, if they turn their head the cabin seems to spin around.

"I tend to fall in that latter category myself."

It is that kind of response to gravity that keeps NASA scientists up at night.

Because while the conditions can be managed for astronauts landing on Earth, there are no such supports for those touching down on the Moon, or another planet.

And landing a spacecraft, while simultaneously being hit with much more than just ordinary gravity for the first time in months, could be quite a task.

If it lands safely and securely, astronauts might have a few days or weeks to acclimatise before stepping out. But the bigger risk is an emergency that might require them to get out immediately.

Dr Thomas said it is a problem that needs to be thought through.

"They may have to do a very careful landing task in a spacecraft, if they are for example landing on the Moon or on Mars," he said.

"You want them to have a good sense of balance and retain their flight skills if they're doing that.

"So it's important that we understand the problems of zero gravity, and come up with a strategy if we can to mitigate them."

Playing a trick on the body

Science fiction's solution to the lack of gravity in long-term space travel is usually some kind of massive centrifuge creating artificial gravity as it spins, like in Christopher Nolan's Interstellar.

It's a clever and elegant solution, but it is also probably a few trillion dollars and many, many decades away from becoming a reality.

Until then work is underway on the next best thing — keeping astronauts in zero gravity, but keeping their body (and mind) as healthy as possible.

A team of Australian-based scientists has been working on a spacesuit that might be able to help.

It is essentially a full-body compression suit that can be worn for months in space, placing pressure right across the body.

Dr James Waldie from Human Aerospace, who designed the suit, said it is basically playing a trick on the body and mind.

"What it does is it reproduces the normal gravitational loading that we experience when we stand here on Earth," he said.

"In that way, it tricks the astronauts body into thinking that they're actually standing on Earth, rather than floating in microgravity."

The suit looks similar to regular compression clothing you might wear during exercise, but they are much more complex.

Gordon Waddington from Prism Neuro, which is helping measure the capabilities of the suit, said they are designed to be more restrictive in the right places — to place just the right amount of pressure on the body.

"Certainly the underlying structure is very similar to [an ordinary] compression garment," he said.

"But on top of that, the garment has the ability to do certain sorts of resistance and movement quite substantially different from the 'skins' you'd use for sport here on Earth.

"So it provides quite a bit more information, and simulates the resistances we have here on Earth, but in that microgravity."

Putting on just the right kind of squeeze

Early versions of the suit have already spent a bit of time in space — they were sent up to the International Space Station in 2015, and again in 2017.

Both NASA and the European Space Agency have been involved in the project in the hope it can improve how their astronauts fare over long periods of time.

Some astronauts can grow taller in space as their spines stretch without the downward pressure of gravity.

Dr Waldie said the suit seemed to prevent that occurring.

"Astronauts can grow up to seven centimetres in space," he said.

"What we were able to do was to show that we could return their height back to their normal, Earth standing-height."

She said the brain also starts to adapt to the new environment, and re-map the most basic of functions.

"The pathways that normally control the way you walk change," she said.

"So when you come back to the gravity environment of Earth, you don't have the same movement control, your brain has to readapt."

She said the idea of a compression suit also bears some similarity to those used by athletes, recovering from injury.

"We've seen in the sport space, wearables can help after injury to recover that movement controllability," she said.

The Moon, and Mars, might be friendlier than we expect

Humans evolved over millions of years, and gravity was one absolute constant during that process.

So it's pretty remarkable how well humans fare without it.

Astronaut Andy Thomas suggests that remarkable adaptability might put humans in pretty good stead, heading into long-term stints on the Moon or even Mars.

He said one helpful factor is the significantly lower gravity on both the Moon and Mars, which means adjusting from zero gravity might not be as challenging.

"We don't fully understand what the challenges will be," he said.

But Mr Thomas suspects landing in lower gravity will take a far lower toll on the body — and make those first steps on a planet like Mars much more manageable.

"My own belief, and it's not substantiated by any hard facts — it's more of a supposition than a belief — is there won't be quite as serious a problem as we may think," he said.

He said the issue of astronauts handling the g-forces involved in landing a spacecraft on a foreign planet may be much more challenging.

Will a compression suit actually help?

Those working on the compression suit are aware of the scale of the problem they're trying to solve.

Dr McGrath said it has been identified as "mission critical" by NASA for future missions.

"NASA has recognised that missions will fail if this is not addressed, if we don't develop interventions that are going to prevent and improve movement control losses for astronauts," she said.

The suits are personalised, placing just the right amount of loading in all the right spots.

But Andy Thomas isn't certain they are the only solution.

He has worn a similar suit in space before — and is yet to be convinced.

"My own experience with them — and I've used them — has has not been very good, I don't find them very effective," he said.

"If you have to wear a compression suit for the entire duration of the flight, which, for example, going to Mars could be six to eight months, you're going to find it very uncomfortable, and you're not going to want to wear it.

"I think probably a better approach might be through drug therapies, and I think that could be a useful avenue of research."

James Waldie said the technology had evolved significantly, learning from those earlier missions.

"As our suit replicates normal loading far more accurately than the old Russian suits, it is more comfortable and effective. Plus, you would wear it once a week," he said.

Whatever the solutions are to these problems, Andy Thomas is keen to see humans back on the moon in the first instance, and then beyond.

"Lunar exploration will be very different in future than what was done in the past, where it was just land quickly, leave a few footprints and gather a few rocks," he said.

"It will be establishment of permanent infrastructure on the surface of the moon, perhaps with mining of resources to enable a habitat that can function continuously.

"[It could involve] evaluating rovers and spacesuits that you might use on a longer duration mission to Mars — so going back to the Moon is a very logical step."