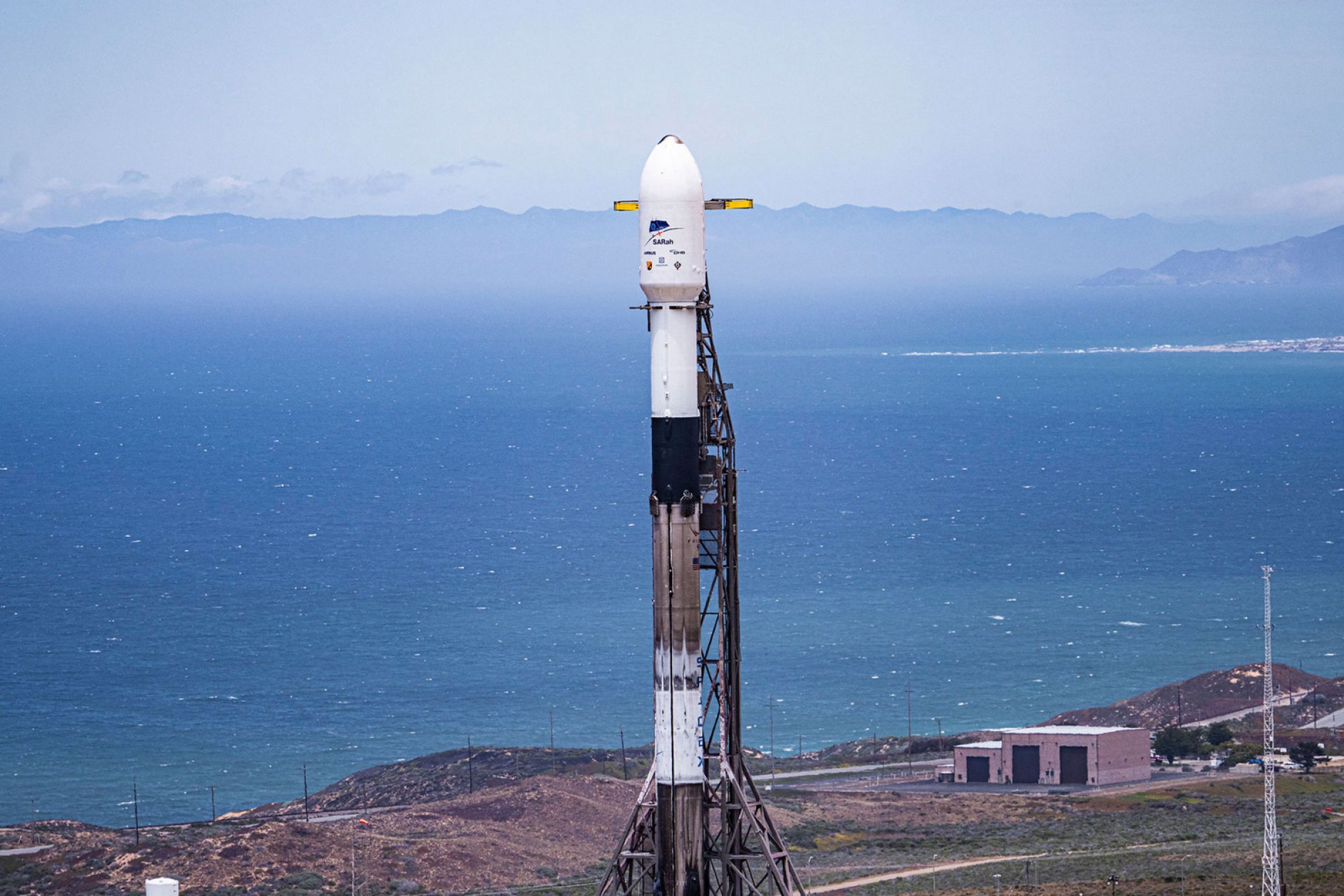 For the ninth time, a Falcon 9 rocket stands ready to deliver another group of Starlinksatellites into orbit from Vandenberg Space Force Base.

The Space Exploration Technologies rocket’s liftoff will aim for an instantaneous window at 4:56 p.m. Monday from Space Launch Complex-4 on the South Base.

The 230-foot-tall rocket will carry 52 Starlink satellites for the SpaceX campaign to create a constellation of craft to provide Internet access around the globe.

If the launch is delayed, a backup opportunity is available Tuesday, with the launch time moving earlier to 4:35 p.m.

Launch times are determined by where the satellite needs to be in space.

This will be the fifth flight for the rocket’s first-stage booster, which also has delivered two National Reconnaissance Office payloads, a German Earth-observation spacecraft and one set of Starlink satellites after blasting off from Vandenberg.

Once it has completed its chores, the first-stage booster will land on the drone ship “Of Course I Still Love You,” positioned in the Pacific Ocean hundreds of miles away from Vandenberg.

SpaceX has launched eight Starlink missions from Vandenberg since September 2021. The firm has delivered more than 3,300 satellites into orbit, with most of those arriving in space courtesy of rocket launches from Florida.

For Vandenberg, the SpaceX launch will be the third in nine days with the final Delta IV Heavy rocket departing Sept. 24 and the first successful Firefly Aerospace Alpha rocket blasting off Saturday.

The SpaceX launch site can be seen from several spots around the Lompoc Valley, assuming the marine layer cooperates.

Popular viewing sites include the west end of Ocean Avenue, the peak of Harris Grade Road and several spots around Vandenberg Village.

A webcast of the mission can be found at spacex.com and is scheduled to begin about five minutes before the launch. 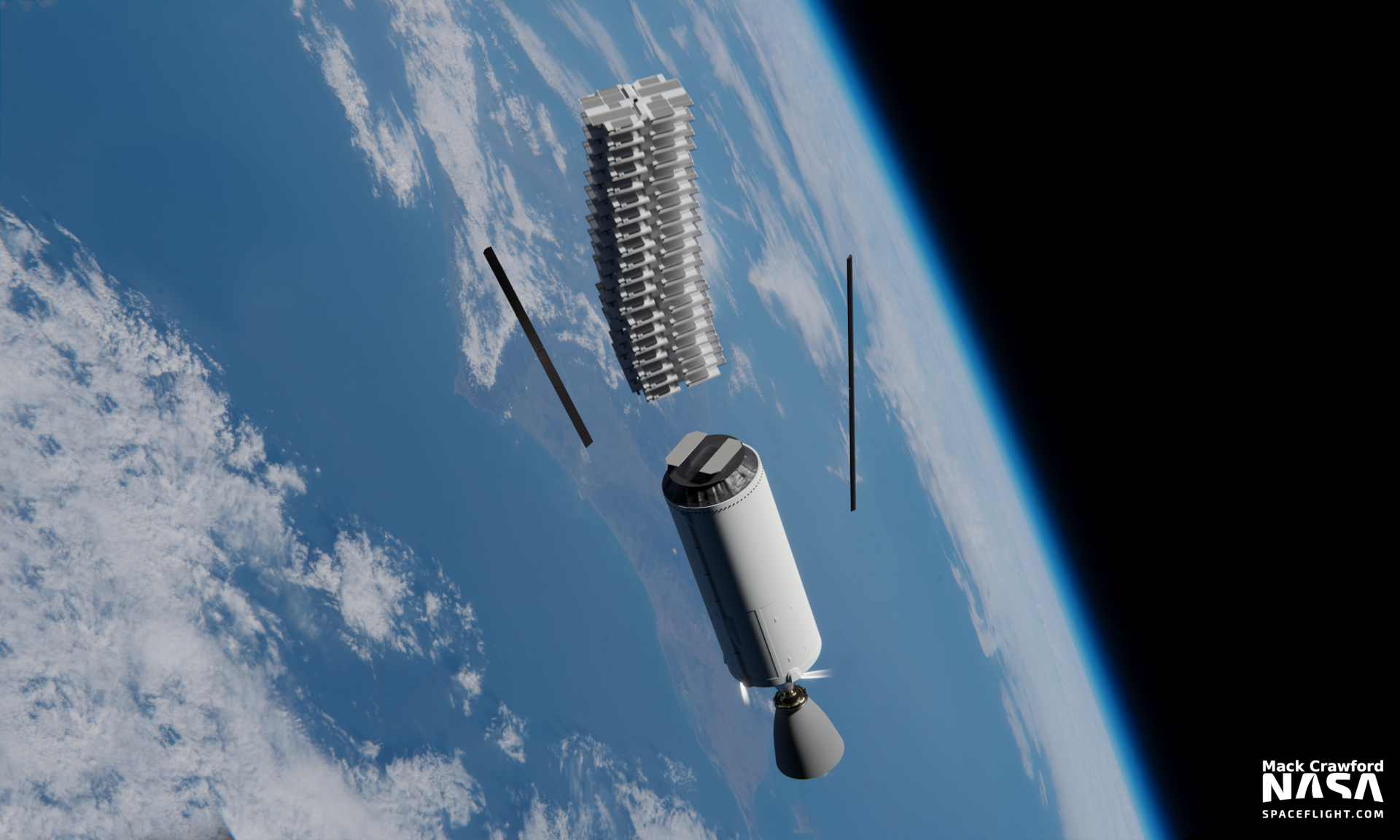 SpaceX’s Falcon 9 B1071-5 is ready to launch 52 Starlink satellites from Space Launch Complex 4 East (SLC-4E) at Vandenberg Space Force Base, in California. The Starlink 4-29 mission was targeting launch on Monday, Oct. 3; however, the target was delayed 24 hours to Tuesday “to allow more time for pre-launch checkouts” and then to Wednesday at 4:10 PM PDT (23:10 UTC) to deconflict with the Crew-5 mission.

Starlink Group 4-29 will mark SpaceX’s 45th launch of 2022, coming just seven hours after the launch of Crew-5 from Florida.

The Falcon 9, which is fueled starting at the “go” for propellant load point 38 minutes before launch, will be launching into a southeast trajectory inclined 53.2 degrees to the Equator. Main engine cutoff (MECO) for this flight is set for T+2:32, followed some seconds later by stage separation, second stage engine start, and fairing separation.

The first stage is set to be recovered on the drone ship Of Course I Still Love You, which will be stationed in the Pacific Ocean, 653 km southeast of the launch site. The Falcon 9’s fairings are scheduled to be recovered around 665 kilometers downrange by NRC Quest after using recovery hardware to make a soft splashdown on the ocean surface.

B1071-5 has made all of its flights from Vandenberg Space Force Base and has previously flown the NROL-87, NROL-85, SARah-1, and Starlink 3-2 missions. While B1071 is scheduled to land on the drone ship at T+8:28, the second stage will be entering its parking orbit at the T+8:38 mark.

When it is complete, the Starlink constellation will be made up of five orbital shells. The first shell, with a 550 km orbital altitude and a 53-degree orbital inclination, is largely complete. 1,665 satellites have been launched to this shell, including satellites that have deorbited or are otherwise not in service. 1,584 satellites are planned as the final total for this shell.

Starlink shell four uses 72 orbital planes, each at a 53.2-degree inclination and 540 km orbital altitude. As of Sept. 30, 2022, 1,424 satellites have been launched into this orbital shell, with a planned final total of 1,584 satellites. Three missions to shell four have been flown from Vandenberg SFB. Starlink 4-29 will be the fourth mission to this shell from California, to complement the shell four flights from Florida.

No satellites have yet been launched into the fifth orbital shell. This shell is intended to use a 560 km orbital altitude at a 97.6-degree orbital inclination, with a target of 172 satellites. All satellites in this shell will use laser inter-satellite communication links. These links will allow Starlink service to be used in remote areas or in flight over oceans, where ground stations may not be available.

The satellites launched on Starlink 4-29, like all other Starlink satellites launched this year, are of the improved version 1.5 standard with the aforementioned laser links. These links will offer higher speeds and much lower long-distance latency as opposed to the initial Starlink 1.0 satellites using radio inter-satellite links.

After the Starlink 4-29 launch, there will be a total of 3,451 satellites in orbit for the constellation, out of a planned total of 4,408 for the first five shells. The Starlink 4-29 flight will also be the 45th Falcon 9 launch of 2022, as well as the 12th orbital launch from Vandenberg Space Force Base this year. Five more launches from the West Coast launch site are currently planned for the remainder of 2022.

The Starlink constellation, even in its current state, is being found useful for internet connectivity in places like war-torn Ukraine and areas in southwest Florida devastated by Hurricane Ian. Up to 120 Starlink connectivity kits are being delivered to the counties affected by Ian’s devastating impact in the Fort Myers area and beyond. 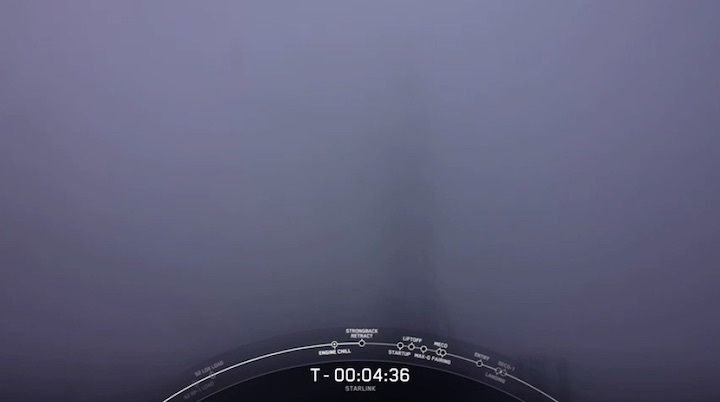 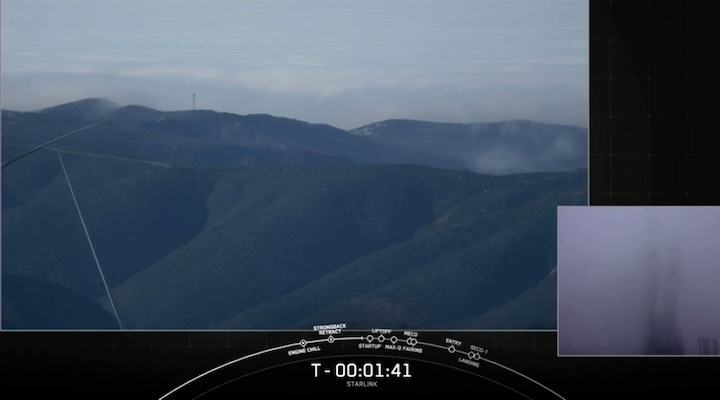 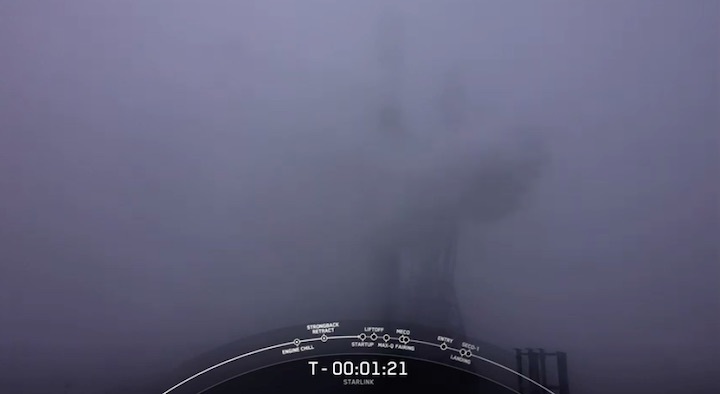 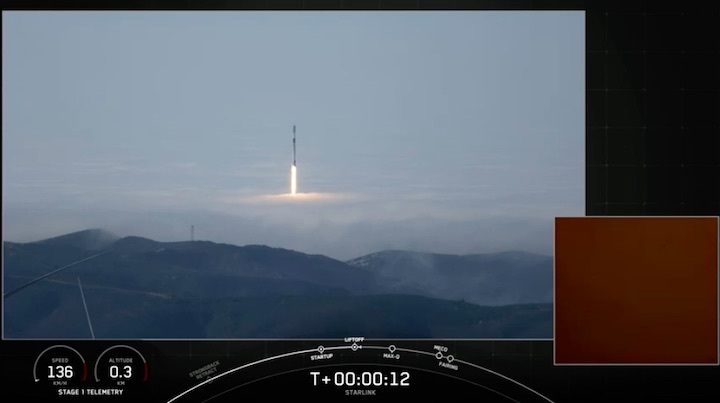 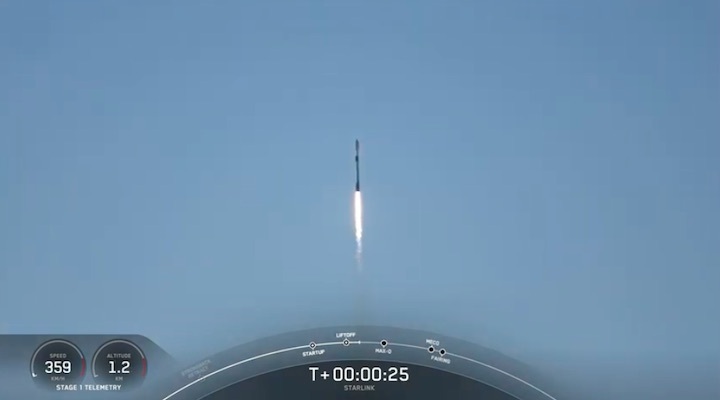 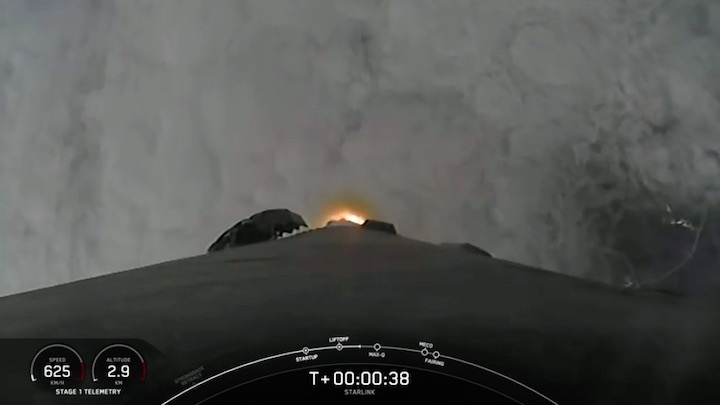 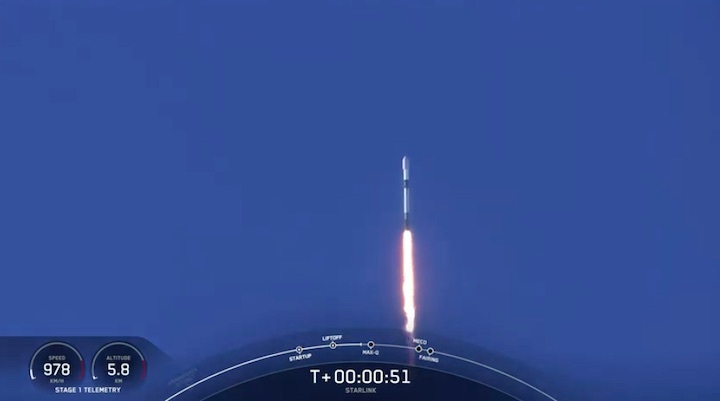 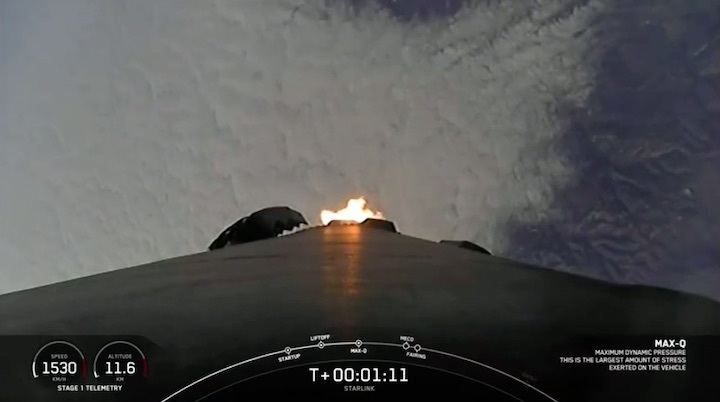 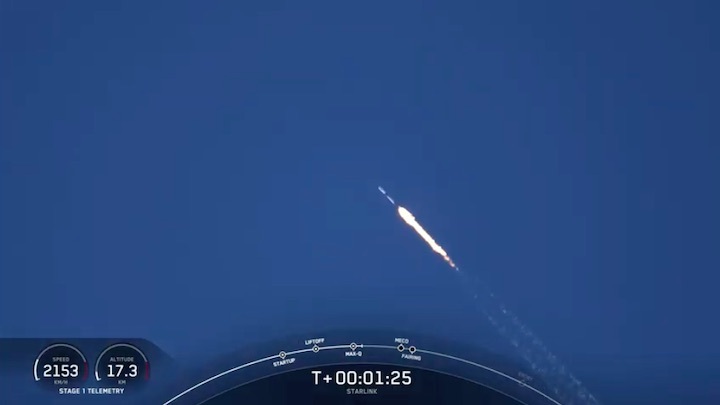 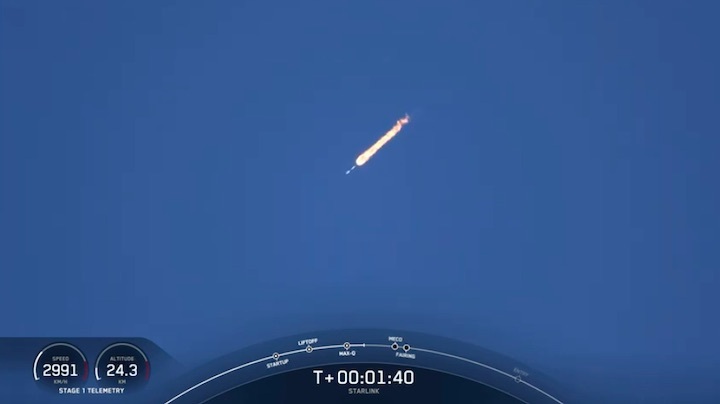 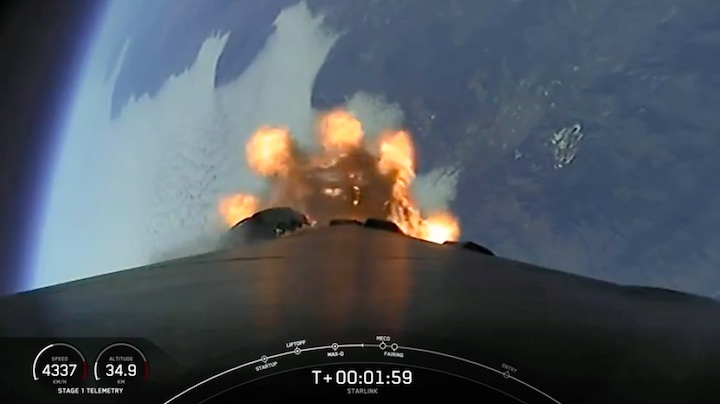 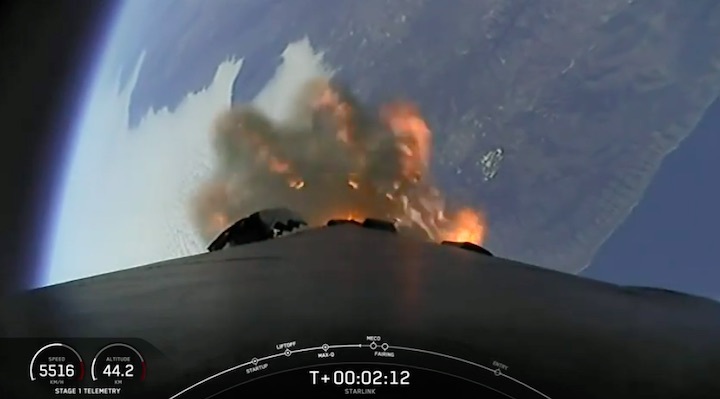 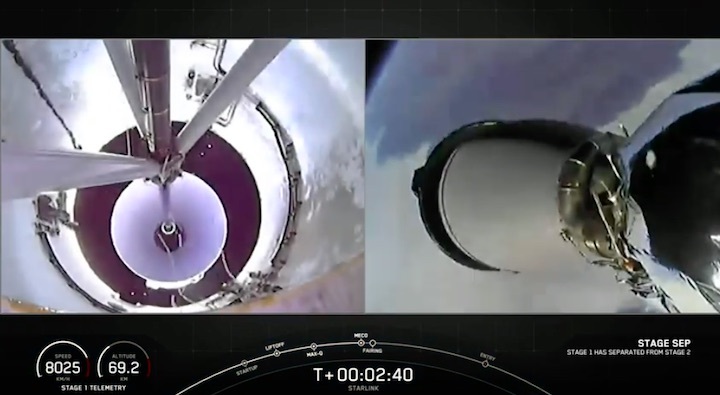 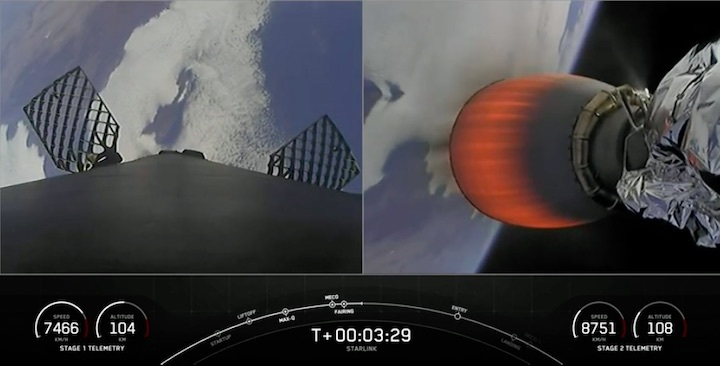 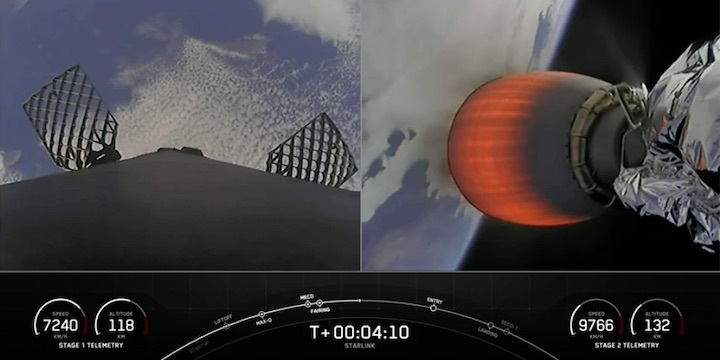 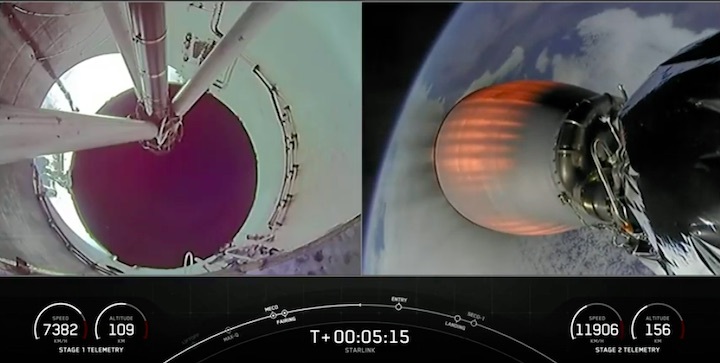 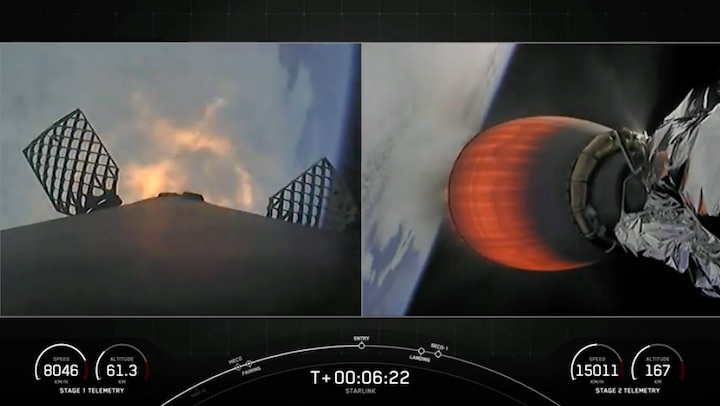 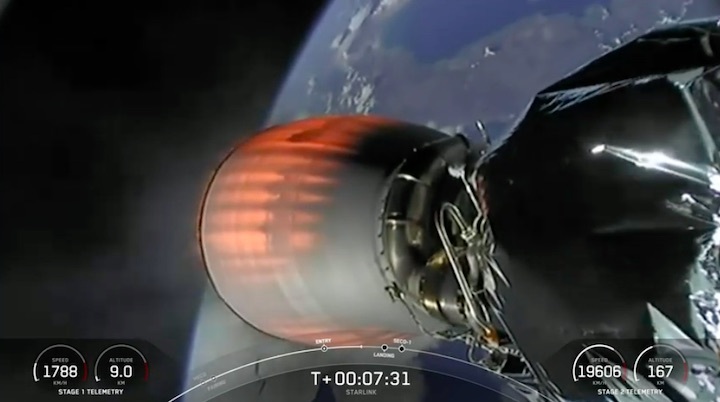 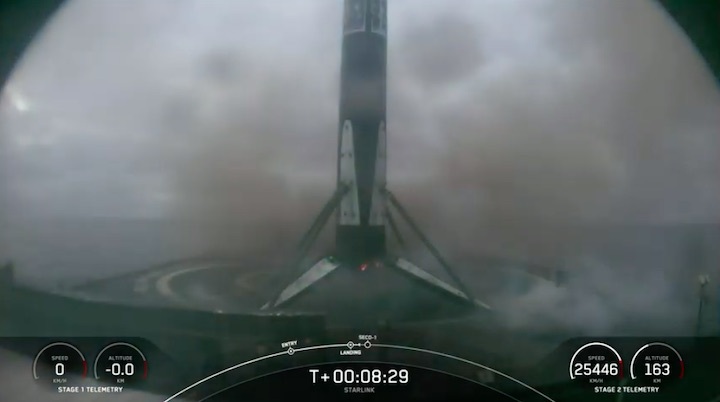 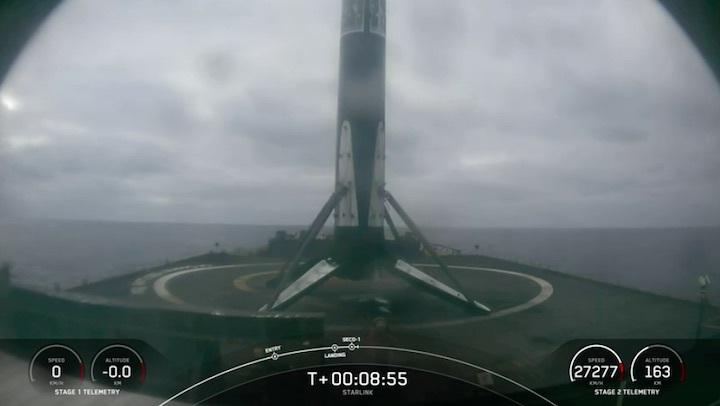 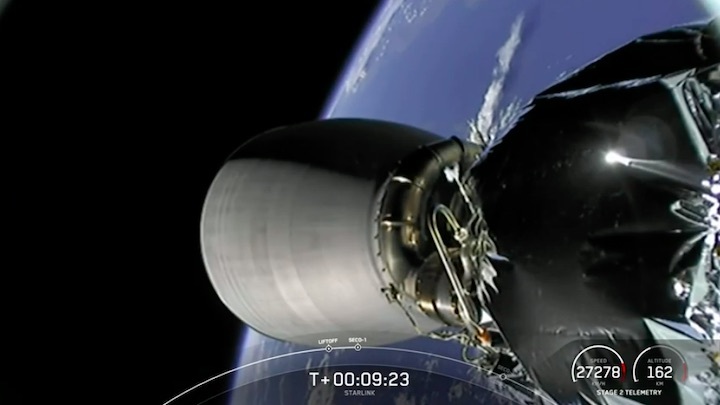