The Mars Orbiter Mission was launched on November 5, 2013 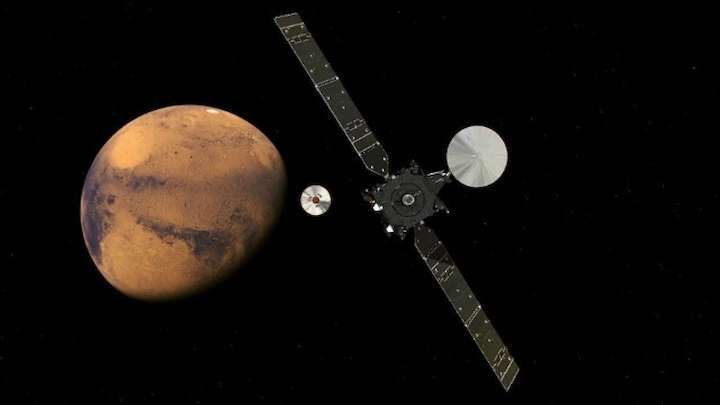 "Mars Orbiter Mission has completed five years in its orbit on September 24, 2019. In view of this, the fourth year data (September 24, 2017, to September 23, 2018) of MOM are made available at ISSDC website to registered users," ISRO tweeted.

The Mars Orbiter Mission was launched on November 5, 2013. Mangalyaan had entered Mars orbit on September 24, 2014, after travelling for over 10 months to cover the distance of 666 million km to reach the destination.

It is equipped with five instruments, including a sensor to track methane or marsh gas, a colour camera, and a thermal imaging spectrometer to map the surface and mineral wealth of the red planet. MOM was also adjudged one of the 25 innovations made in 2014 by 'TIME' magazine, which described it as a technological feat that will allow India to flex its "interplanetary muscles."

In its experience of orbiting the Mars for five years, the Mars Orbiter achieved stunning feats- The 1,350kg weighing (on Earth) craft had taken pictures one of the two Martian moons -- Phobos, while it was travelling west to east over Mars in its typical orbit, took pictures of regional dust storm activities over northern hemisphere of Mars, full disc image of the planet, showing Elysium - the second largest volcanic province on the natural satellite.

The 'Mangalyaan' mission made India the first country in the world to successfully launch its mission to Mars on the very first try. Mangalyaan cost Rs 450 crore making it the cheapest inter-planetary mission ever. It was completed in just 15 months.

ISRO'S MARS ORBITER WAS MADE FOR MISSION LIFE OF SIX MONTHS, COMPLETED SEVEN YEARS IN ORBIT THIS MONTH 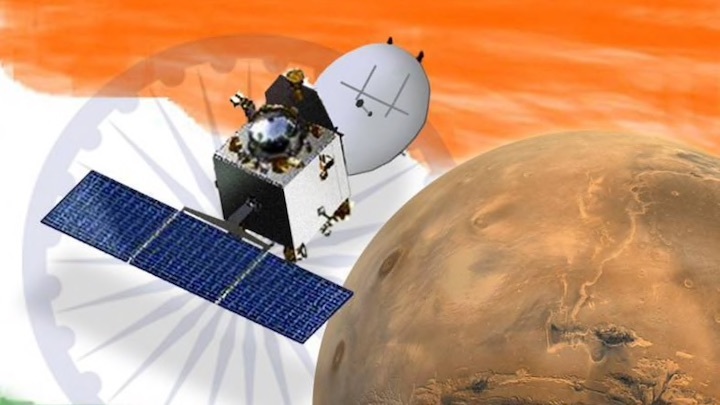 India's Mars Orbiter spacecraft has completed seven years in its orbit, well beyond its designed mission life of six months.

"Indeed, a satisfying feeling," K Radhakrishnan who as the then Chairman of Indian Space Research Organisation (ISRO) led the Mars Orbiter Mission (Mangalyaan) team told PTI on the milestone.

MOM is the maiden interplanetary mission of ISRO. Launched on November 5, 2013, the probe was successfully inserted into Martian orbit on 24 September 2014 in its first attempt.

MOM is primarily a technology demonstration venture and all the mission objectives were successfully met, according to officials of Bengaluru-headquartered India's national space agency.

The main lessons learnt were in the field of design and realisation of systems and subsystems, launch for interplanetary mission, insertion into other planet's orbit, operation of the spacecraft and scientific instruments around Mars orbit, they said.

The lessons learnt have raised the confidence of ISRO scientists for taking up future interplanetary missions.

ISRO has been continuously monitoring the spacecraft and its five scientific instruments, and officials said scientific analysis of the data being received from MOM spacecraft is in progress.

On the health of the spacecraft, M Annadurai, who was the Programme Director of MOM, said the spacecraft's "moving elements are facing some issues and some of the redundancies we have to switch over." "The spacecraft's health is reasonably good considering that we are in the seventh year," Annadurai told PTI.

He expects the spacecraft to have a mission life of probably another one year.

On the reasons for the long mission life, Annadurai said ISRO had done corrections after learning lessons from the Chandrayaan-1 venture, in terms of reconfiguring the spacecraft and optimisation of fuel management, among others.

Noting that Earth remote-sensing satellites typically have a mission life of seven to nine years, he said it was a very satisfying moment that India could establish that around Mars also, a spacecraft can be in operation for such a long period.

On some criticism in some quarters that scientific output of the MOM was "low", Annadurai said it was more of a technology-demonstration mission.

He pointed out that the spacecraft was launched by PSLV as GSLV was not in operational condition then. ISRO could apportion only about 15 kg for scientific instruments, and the time available for scientists to develop them was only 18-19 months.

"I don't think we could have done better than what we have done," Annadurai said.

Annadurai said: "We have good inputs on seasonal affects on Mars atmosphere...surface. The mission has provided meaningful data also".