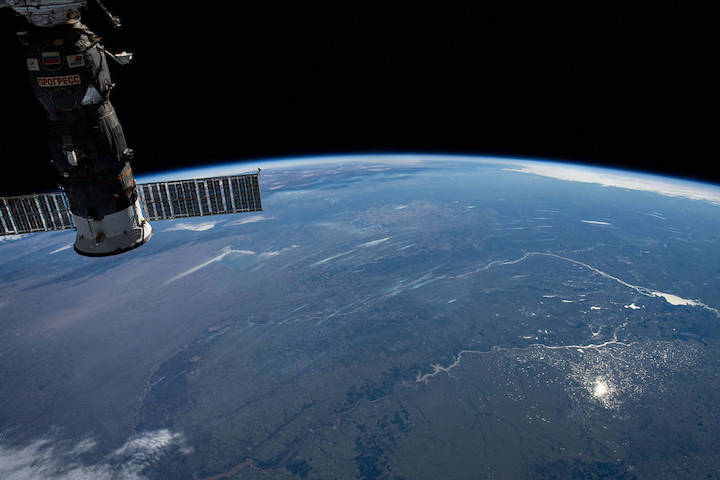 This photograph of the Earth's horizon looks back towards Uruguay as the International Space Station orbited just off the coast of the South American nation. The Progress 75 cargo craft from Russia is pictured in the left foreground.
Credits: NASA

The uncrewed Russian Progress 76 is scheduled to launch on a Soyuz rocket at 10:26 a.m. (7:26 p.m. Baikonur time) from the Baikonur Cosmodrome in Kazakhstan.

Rendezvous and docking coverage will begin at 1 p.m., with the Progress spacecraft expected to automatically link up to the Pirs docking compartment on the station’s Russian segment at 1:47 p.m.

Progress 76 will remain docked at the station for more than four months, departing in December for its deorbit into Earth’s atmosphere.

For almost 20 years, humans have lived and worked continuously aboard the International Space Station, advancing scientific knowledge and demonstrating new technologies, making research breakthroughs not possible on Earth. As a global endeavor, 240 people from 19 countries have visited the unique microgravity laboratory that has hosted more than 3,000 research investigations from researchers in 108 countries.