Let’s be honest, we could all use one of these 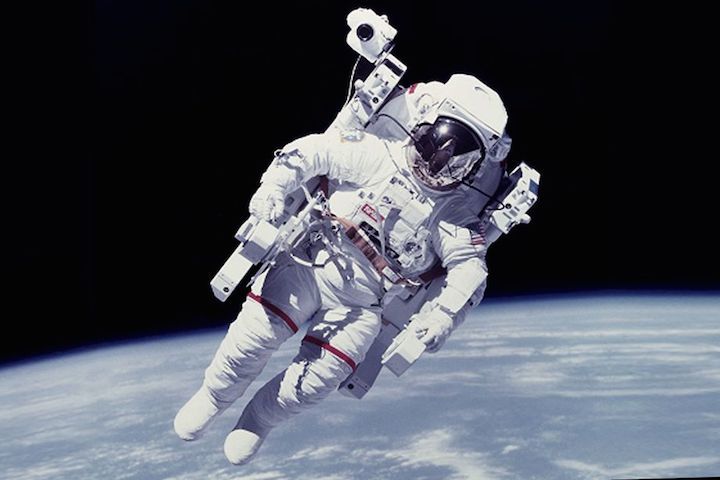 Getting stranded during a spacewalk is a terrifying scenario for any astronaut to imagine — but what if space station crew members could simply press a button during such an event and be immediately transported back to safety?

That’s the idea behind new technology in development dubbed the “Take Me Home” button. It’s a complex system of hardware and software that could be incorporated into a space suit and can automatically guide an astronaut home during an emergency in space. The concept is currently being developed with partial NASA funding at Draper, an engineering company with a long history of creating technologies for crewed spaceflight.

AUTOMATICALLY GUIDE AN ASTRONAUT HOME DURING AN EMERGENCY IN SPACE

Right now, NASA astronauts on board the ISS already have numerous redundancies in place during spacewalks to keep them safe. For one, they stay tethered to the space station at all times when they’re outside in their space suits. But in the unlikely event of a disconnection, astronauts also wear a jet backpack known as SAFER that they can use to guide themselves back to the space station. SAFER is equipped with very small thrusters that expel gas and propel an astronaut in the direction he or she wants to go. However, astronauts have to manually control SAFER using a box attached to their suit, which can be difficult if they become disoriented during an emergency. Plus, getting skilled at using the system requires a lot of hours of training in virtual reality on the ground first.

“You see how difficult it is to complete those operations and how much time it takes to become proficient at it,” Kevin Duda, a space systems engineer at Draper who has been developing the “Take Me Home” button, tells The Verge. “That kind of motivated us to think about how do you do that from an automatic perspective.”

The “Take Me Home” button would basically get rid of the need for that SAFER control box. Instead, astronauts would be able to press a button on their suit to activate the system, or it could be activated remotely by astronauts on board the station, in case they see a fellow crew member in distress during a spacewalk. Such a system could be useful in case an astronaut becomes disconnected or if a crew member’s space suit starts to malfunction, like when an Italian astronaut nearly drowned in 2013 after his helmet filled with water.

DEVELOPING SUCH AN AUTOMATIC RETURN SYSTEM HAS BEEN NO EASY TASK

Developing such an automatic return system has been no easy task, though. The biggest hurdle has been to create a navigation system for a space suit, which doesn’t exist at the moment. That’s been tricky since it’s hard to pinpoint exactly where a person is in space. Duda says he’s come up with a navigation system that incorporates a high-resolution camera to distinguish landmarks around an astronauts, as well as a unit that can measure how a person is moving through space. The system could also use a star tracker to figure out an astronaut’s position in relation to the stars in the sky. Plus, even in lower Earth orbit, it’s possible to get GPS signals from satellites that could be utilized as well.

A demonstration of NASA’s SAFER system in virtual reality

Beyond a navigation system, Duda says the “Take Me Home” button also needs a guidance system, which tells the space suit where it needs to go. Most likely, astronauts experiencing an emergency will want to return to an airlock to get back inside the space station as quickly as possible. Draper has been developing an algorithm that can help compute the best path for an astronaut to get back to safety, without running into anything dangerous. The system could then use the small thrusters on the SAFER backpack to propel a distressed astronaut in the right direction.

Draper has filed a patent for the automatic-return system and the company has demonstrated how the technology might work in simulations. But in order to fully build a functioning system, Duda says they need a long-term funding from NASA. “The technology we believe is there to package into a solution,” says Duda. “It’s just a matter of commitment from the customer to make this a reality.”

But if Draper does get funding, the company argues this technology could be applied to more things than just space. An automatic return system could be useful for scuba divers, for instance, who need to return to safety, or a version of the system could be useful for firefighters, in order to compute the best route to follow to get out of a dangerous building. “There are applications that can have just as big an impact on Earth as they do for astronauts,” says Duda.