On the evening of Sept. 27, 2015, into the early morning of Sept. 28 EDT, operators of NASA’s Lunar Reconnaissance Orbiter (LRO) will wait as Earth blots out the sun and the moon goes dark. The flight operations team at NASA’s Goddard Space Flight Center in Greenbelt, Maryland, have seen LRO safely through three lunar eclipses in about a year and a half. Although it is certainly not an ordinary night, science operations planner Dawn Myers at Goddard said the team knows the routine.
“We have a method and it works well,” she said. “It’s always stressful during the approach of the eclipse, but we follow the same procedures every time and we haven’t had any trouble.”
. 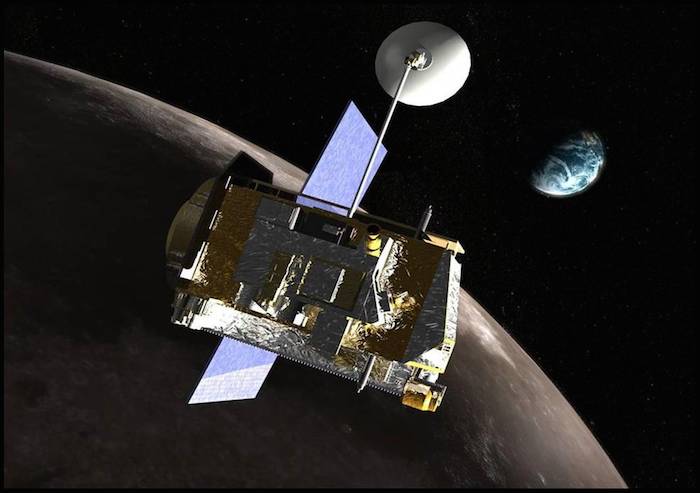 Artist's rendering of LRO spacecraft.
Credits: NASA
-
Preparations begin months before the solar-powered spacecraft begins its journey into Earth’s shadow as scientists, engineers and the flight operations team meet to discuss what is possible.
Not every spacecraft can overcome the temperature drop and lack of sunlight associated with an eclipse. NASA’s Lunar Atmosphere and Dust Environment Explorer (LADEE) just barely survived one in April 2014, which was a “testament to its great engineering,” LRO deputy project scientist Noah Petro at Goddard said. LADEE scientists and engineers originally planned a 100-day mission during a period that would not include an eclipse.
LRO, by contrast, can withstand hours in the cold and dark. During its original mission to collect information about the lunar environment, the flight operations team shut down most of LRO’s systems to conserve battery power as the lunar eclipse passed. Now, in its extended mission, LRO scientists embrace new possibilities, extending their scientific exploration to include eclipses and other events that can reveal more of the moon’s secrets.
An instrument on LRO called Diviner is perfect for this purpose. As a radiometer, Diviner measures both the reflective energy off the surface of the moon and infrared emissions that indicate the temperature at the surface. By leaving this one instrument on during the eclipse, they could make valuable observations. But could they keep it on for the duration?
“Our power engineer looked at past eclipses and evaluated whether it would be feasible for us to leave an instrument on,” Myers said. “He told us if the voltage drops below a certain level, we would have to shut the instrument off, but that hasn’t happened yet.”
Not only could they leave Diviner on, but also a star tracker and its associated heaters for improved navigation.
One by one by one, the instruments shut off, plunging the spacecraft into hibernation. From the operations facility at Goddard, science operations personnel take shifts over 24 hours to watch and monitor the spacecraft from the pre-heat period, all the way through recovery the next day when they slowly bring each instrument back to operational status. During the eclipse, lasting just over an hour, only Diviner keeps its eye on the moon, fulfilling a purpose totally outside the scope of its original design.
Petro said the science is worth the effort. As the moon, and by extension LRO, passes into Earth’s shadow, the temperature drops rapidly – nearly 280 degrees Fahrenheit (138 degrees Celsius), in minutes as the sunlight disappears.
“The rapid cooling of the surface during an eclipse gives us a view of how the top few centimeters cool differently than during a normal lunar night,” Petro said. “From this we learn about the size of particles at the surface.”
Still, LRO can only observe so much, moving in a narrow line across the moon’s surface, never seeing all of it in one pass. With each eclipse, the spacecraft reveals more to eager scientists. This particular eclipse will be especially important as, for the first time, prior to the eclipse, LRO will be pass over the moon’s surface at local noon time when it is nearly at its warmest. This means that LRO will be able to measure a dramatic drop in temperature resulting in a very unique set of measurements. Every eclipse feeds more data into the story, but so far Petro said the observations mainly fuel more questions.
Every bit of information scientists can collect from this mission is important. Petro said it may even help inform decisions about a potential lunar colony at a later date.
LRO was launched June 18, 2009, for what was to be a two-year mission. Now in its sixth year, the mission is funded through October 2016.
Quelle: NASA
Astronomie
« Zum vorherigen Eintrag Zum nächsten Eintrag »
2422 Views
Created with page4