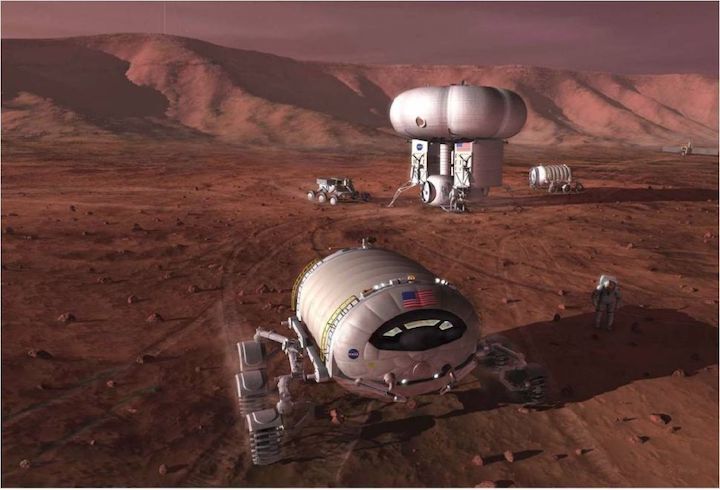 We have a glimpse now of NASA's latest vision for its first crewed Mars mission.

The agency released(opens in new tab) its top objectives for a 30-day, two-person Mars surface mission on Tuesday (May 17) and asked the public to provide feedback on how the planning is going. Submissions were initially due on May 31, but that deadline was recently extended to June 3.

NASA aims to launch astronauts to Mars by the late 2030s or early 2040s. Making that vision a reality will be challenging. Assuming the funding and technology come into play at the right time, for example, the round-trip travel time would still be about 500 days given the distance between Earth and Mars.

Gravity — or the lack thereof — would also be a problem, as current-generation spacecraft look nothing like those seen in movies like "The Martian" (2015). The astronauts will arrive on the Red Planet after months in microgravity and face a significant road to recovery, even to operate in the partial gravity of Mars, which is roughly one-third that of Earth. NASA suggests that one way to address this issue might be having the crews live in a pressurized rover during their mission.

"We want to maximize the science so we allow them to drive around before they become conditioned enough to get in the spacesuits, and walk and maximize that science in 30 days," Kurt Vogel, NASA director of space architectures, said in a 30-minute YouTube video(opens in new tab) accompanying the data release.

The mission plan is in the early stages and could change considerably. But so far, NASA envisions using for a habitat-like spacecraft to ferry crewmembers to the Red Planet, using a hybrid rocket stage (powered by both chemical and electrical propulsion). Four people would make the long journey, with two alighting on the surface, somewhat similar to the model seen in the Apollo program with three astronauts.

Roughly 25 tons of supplies and hardware would be ready and waiting for the crew, delivered by a previous robotic mission. These supplies would include a crew ascent vehicle, already fueled and ready to go for the astronauts to make it off Mars and  back into orbit around the planet. NASA is not issuing a standard request for information or formal contract process for this mission concept yet. After all, the agency is focused on getting its uncrewed Artemis 1 mission off the ground to get ready for astronaut missions to the moon in the 2020s. (NASA has said the moon work is essential to getting ready for Mars.)

But more stakeholder input on Mars is forthcoming. The agency pledged to have a workshop in June "with partners from American industry and academia," who are invited individually by NASA. Invited international organizations can also weigh in during a workshop in July.