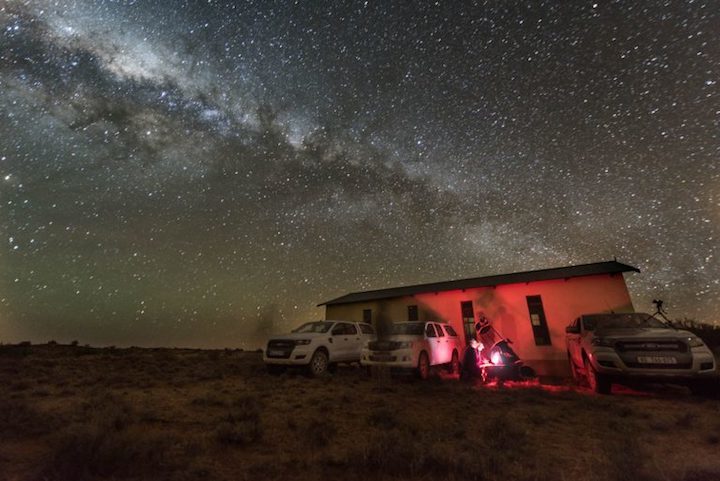 Astronomers have just completed another observation of New Horizons’ next flyby target, Ultima Thule (aka 2014 MU69), pass in front of a distant star (a stellar occultation), on Aug. 3-4, 2018. This is the third such occultation observed and the data gathered will help the mission team to prepare for the encounter, which is scheduled for Jan. 1, 2019.

The data taken during the occultation will provide astronomers with more information about the size, shape and environment of Ultima Thule, which is a small Kuiper Belt Object (KBO) far beyond Pluto. Very little is known about it so far since it is so far away, but New Horizons will conduct a close flyby, even closer than when it flew past Pluto. At 4 billion miles (6.5 billion kilometers) from Earth, it will be the most distant object ever explored so far.

“We have lots of work to do,” said Marc Buie, the New Horizons co-investigator from Southwest Research Institute who leads the observation campaign. “We all fought weather issues [in Senegal and Colombia] but prevailed anyway. The observing teams are due a huge amount of thanks for their efforts.”

Observing an occultation with an object so small and distant as Ultima Thule is not easy. 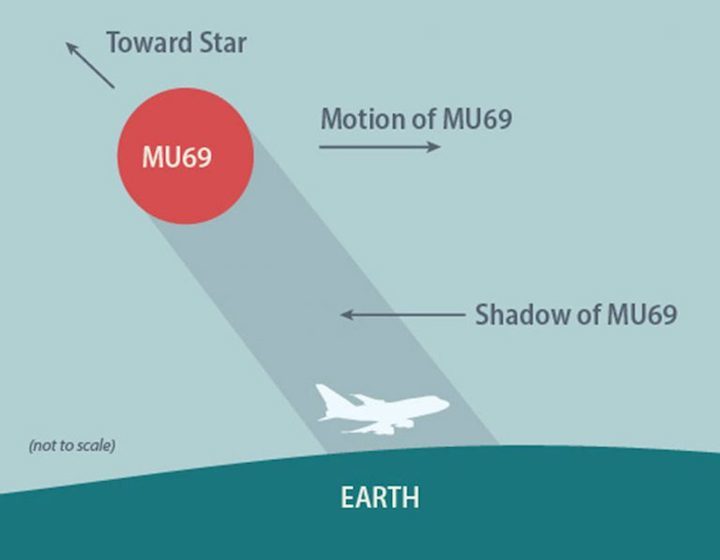 “Gathering occultation data is an incredibly difficult task,” said New Horizons occultation event leader Marc Buie of the Southwest Research Institute, Boulder, Colorado, who also discovered Ultima Thule about a year before New Horizons flew past Pluto in July 2015. “We are literally at the limit of what we can detect with Hubble and the amount of computer processing needed to resolve the data is staggering.”

“This occultation will give us hints about what to expect at Ultima Thule and help us refine our flyby plans,” Buie added.

These were the final occultation observations before the flyby next January. The teams had to travel to remote locations while carrying sensitive equipment. Every detail of the observation needed to be rehearsed in advance, in order to adapt to various weather conditions.

You can see a time-lapse video of the Senegal practice session from Aug. 1, 2018 on Twitter.

A previous observation attempt in 2017 was also very successful. The New Horizons team used data from both the Hubble Space Telescope and European Space Agency’s Gaia satellite to calculate where MU69 would cast a shadow on Earth’s surface as it passed in front of another star. The occultation was seen by NASA’s Stratospheric Observatory for Infrared Astronomy (SOFIA). This followed a similar observation by SOFIA in late June 2015. 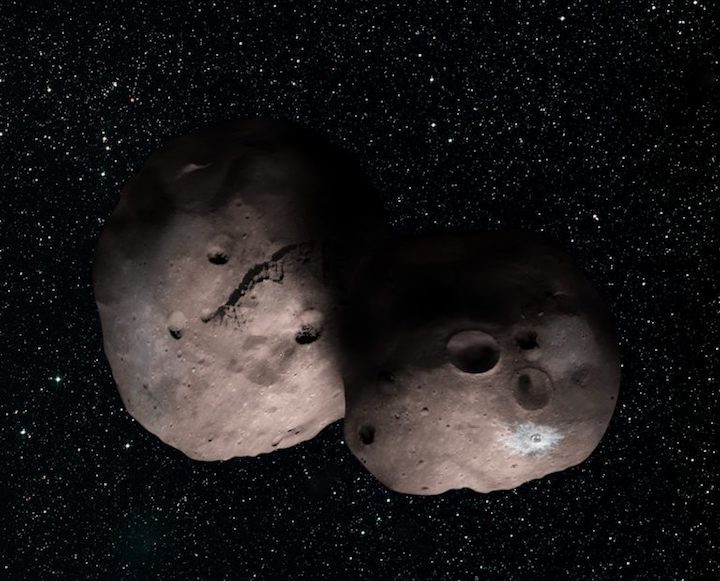 Artist’s concept of Kuiper Belt object Ultima Thule, the next flyby target for NASA’s New Horizons mission. Not much is known about it yet, but stellar occultations are providing valuable clues. Image Credit: NASA/JHUAPL/SwRI/Alex Parker

“There are differences that make SOFIA’s observations for the MU69 flyby more difficult than those done in support of the Pluto flyby,” said NASA.

“Because of its small size and large distance from Earth, the shadow cast by MU69 is about 100 times smaller than that of Pluto. This small size, relative to the positional accuracy of the aircraft, makes the planned observation very challenging for SOFIA. The small size of the shadow and the uncertainty in its position means that SOFIA might not succeed in flying through the shadow. Still, SOFIA may be able to provide important data given the plane’s vantage point from above the clouds, which removes bad weather as an observation obstacle, and given that the shadow falls in the middle of the Pacific Ocean, where it is inaccessible to smaller, ground-based telescopes.”

Ultima Thule is a tiny world, only maybe 20 miles across, and New Horizons will fly past it at a much closer distance than it did Pluto – only about 1,900 miles (3,000 kilometers) from the surface. Not much is known about it yet, but there is some evidence that it could resemble Comet 67P or be an “extreme prolate spheroid,” like a skinny football, or even a close binary pair, where two bodies are orbiting very close together or even touching, or perhaps a single body with a large chunk taken out of it. The size of MU69 can also be determined. It appears to be no more than 20 miles (30 kilometers) long, or, if a binary, each body about 9-12 miles (15-20 kilometers) in diameter. 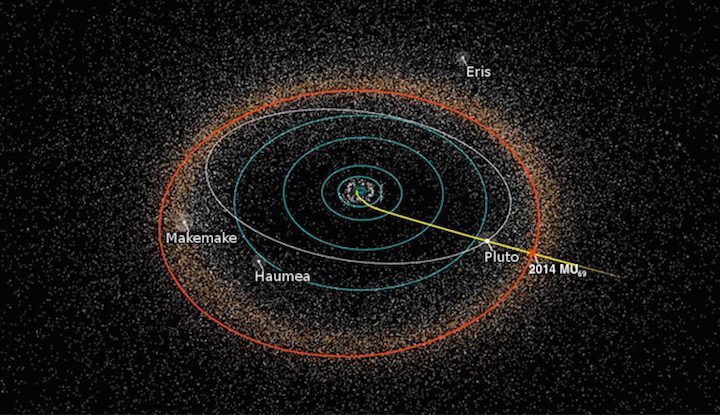 “Team members say MU69 may not be not a lone spherical object, but suspect it could be an ‘extreme prolate spheroid’ – think of a skinny football – or even a binary pair,” said NASA. “The odd shape has scientists thinking two bodies may be orbiting very close together or even touching – what’s known as a close or contact binary – or perhaps they’re observing a single body with a large chunk taken out of it.”

The size of MU69 or its components also can be determined from these data. It appears to be no more than 20 miles (30 kilometers) long, or, if a binary, each about 9-12 miles (15-20 kilometers) in diameter.

“This new finding is simply spectacular,” said Alan Stern, mission principal investigator from the Southwest Research Institute (SwRI) in Boulder, Colorado. “The shape of MU69 is truly provocative, and could mean another first for New Horizons going to a binary object in the Kuiper Belt. I could not be happier with the occultation results, which promise a scientific bonanza for the flyby.”

Later this month, New Horizons will begin making distant observations of Ultima Thule; the images that will help the team refine the spacecraft’s course for the flyby next January. With the New Horizons flyby only a few months away now, still not much is known about Ultima Thule, but stellar occultations like this most recent one are providing valuable clues.