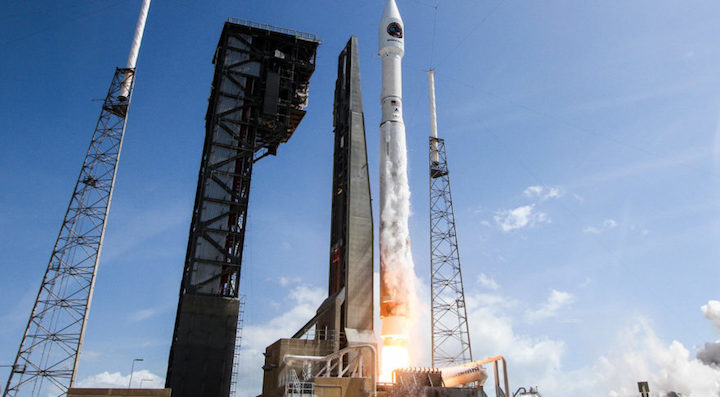 The highly anticipated "launch service agreement" selection was originally scheduled to be announced in July but has slipped to August.

WASHINGTON — The Air Force plans to reveal this month which companies it has selected for the next phase of the “launch service agreement” program that seeks to use commercial rockets for national security space missions.

The highly anticipated LSA selection was originally scheduled to be announced in July but has slipped to “sometime in August,” a spokeswoman for the Air Force Space and Missile Systems Center told SpaceNews.

The program was created to take advantage of American industry investments in launch vehicles and ensure they are modified to meet national security space requirements. The Air Force has said it wants to develop at least three launch system prototypes and narrow it down to two competitors by 2020.

Most of the national security launch contracts today are awarded under the Air Force’s Evolved Expendable Launch Vehicle program. United Launch Alliance used to have a monopoly until SpaceX broke into the market in 2015. After Russia invaded Crimea in 2014, Congress directed the Air Force to phase out the use of the Russian RD-180 first-stage engine in ULA’s Atlas 5 rocket by 2022. The LSA program seeks a domestic alternative to the Russian engine, and also wants to ensure “sustainable competition” in launch services, and maintain assured access to space.

The Air Force wants to have at least two domestic commercial launch service providers that also meet national security space requirements, including the launch of the heaviest and most complex payloads.

In the early phase of the LSA program in 2016, the Air Force entered into cost-sharing agreements for rocket propulsion systems with SpaceX, Orbital ATK (now Northrop Grumman Innovation Systems), ULA and Aerojet Rocketdyne. Each company demonstrated a proposed rocket propulsion system. The three rocket manufacturers and propulsion supplier Aerojet Rocketdyne are said to be in contention for the next round of awards and there has been speculation that Blue Origin will enter the fray.

“The goal is to use innovative business arrangements that leverage industry’s ongoing efforts to develop new or upgraded commercial launch systems,” said the LSA solicitation.

The LSA program also fits the Air Force’s broader goal to get out of the business of “buying rockets” and instead acquire end-to-end services from companies.

One source of intrigue in the LSA competition has been ULA’s new Vulcan Centaur vehicle, intended to replace the Atlas 5. The company was expected to choose a first-stage engine for the Vulcan before the next LSA source selection. But ULA CEO Tory Bruno said last week no decision had been made yet between Blue Origin’s BE-4 engine and Aerojet Rocketdyne’s AR-1.ULA picked Aerojet Rocketdyne’s RL-10 engine to power Vulcan’s upper stage.

During a recent appearance on talk radio’s “The Space Show,” Bruno declined to comment on the Vulcan main engine selection. “This is an ongoing competitive procurement,” he said. “We’re getting near the end. We’re no longer talking about specifics until we actually get to the deed.”

Industry consultant Charles Miller, president of NexGen Space, speculated that ULA may have left the decision up to the Air Force. “My guess is that Tory is basically letting the Air Force choose his engine for him,” Miller told SpaceNews. ULA could have offered two options for Vulcan, one with the Aerojet engine and one with the Blue Origin engine.

Miller said he is fairly certain that Blue Origin’s New Glenn rocket will be a player in national security launch. “The Air Force will want to use New Glenn. It is going to buy New Glenn services once it’s flying and reliable.”