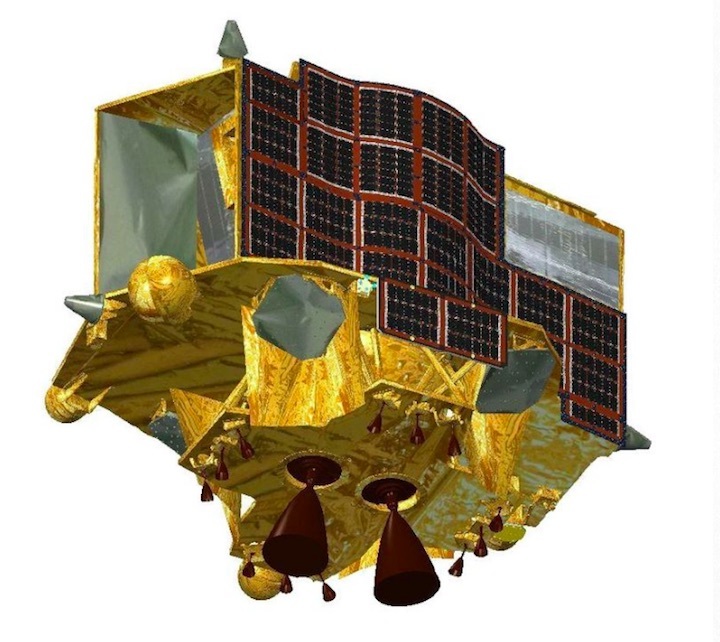 The decision was reported during a meeting of the science ministry’s task force on space development and utilization on Thursday.

The Smart Lander for Investigating Moon, or SLIM, will be launched together with a successor model of the X-ray astronomy satellite Hitomi and will target a landing on a small crater in Mare Nectaris, an area located near the moon’s equator on the side facing Earth.

According to Shinichiro Sakai, an associate professor at JAXA’s Institute of Space and Astronautical Science, it is highly possible for olivine from the moon’s mantle to be exposed on the crater’s surface.

While the theory that the moon was formed by a large object smashing into Earth about 4.5 billion years ago is widely accepted, Sakai said that the scenario can be tested by an analysis of components in detail of olivine from the moon and a comparison of the elements with materials from Earth’s mantle.

JAXA initially planned to launch SLIM on an Epsilon rocket.

Thanks to the change from the Epsilon rocket to the large-sized H-2A rocket, the agency will now be able to increase the weight of the lunar lander from some 130 kilograms to around 200 kilograms, excluding the weight of fuel.

The agency will beef up the engines on the probe and is discussing plans to mount the device with a miniature exploration robot that will move by itself and take photos of its surroundings.

JAXA will adopt a two-step landing method using the probe’s five legs to enable the lander to touch down safely on steep slopes.