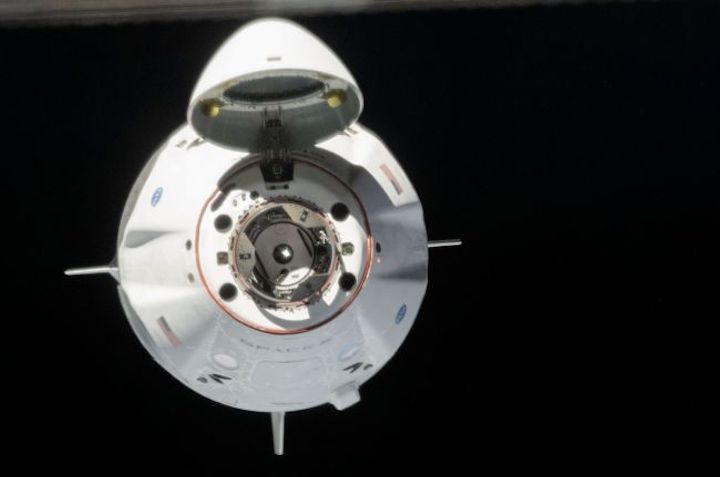 SpaceX's first-ever crewed mission will come to an end in two weeks.

If all goes according to plan, Behnken and Hurley will depart the ISS on Aug. 1 and come back to Earth a day later, Bridenstine said via Twitter today. But those dates aren't set in stone, he stressed: "Weather will drive the actual date. Stay tuned."

Demo-2 launched atop a SpaceX Falcon 9 rocket on May 30 and reached the ISS a day later. The mission's duration was uncertain until today; NASA officials had previously said that Demo-2 would last between one and four months, depending on how Crew Dragon performed.

Demo-2 is the first orbital human spaceflight to lift off from the United States since the retirement of NASA's space shuttle fleet in July 2011. Ever since then, NASA had relied on Russian Soyuz spacecraft to get American astronauts to and from orbit, at a cost, most recently, of about $90 million per seat. The U.S. space agency didn't want this dependency to last too long, so, over the last decade, it has been funding the development of private astronaut taxis to fill the shuttle's shoes.

In 2014, SpaceX and Boeing each received multibillion-dollar contracts from NASA's Commercial Crew Program to finish work on their human spaceflight systems and launch at least six operational missions to the ISS.

After Demo-2's successful splashdown, SpaceX will be clear to launch the first of those contracted flights. That mission, known as Crew-1, is scheduled to lift off from NASA's Kennedy Space Center in Florida on Aug. 30.

Boeing's capsule, called CST-100 Starliner, is not yet ready to carry astronauts to orbit; it must first refly an uncrewed test flight to the ISS later this year. During its first attempt at this mission, which launched in December 2019, Starliner suffered a glitch with its onboard timing system and failed to rendezvous with the orbiting lab. (SpaceX notched this milestone with its uncrewed Demo-1 flight in March 2019.)