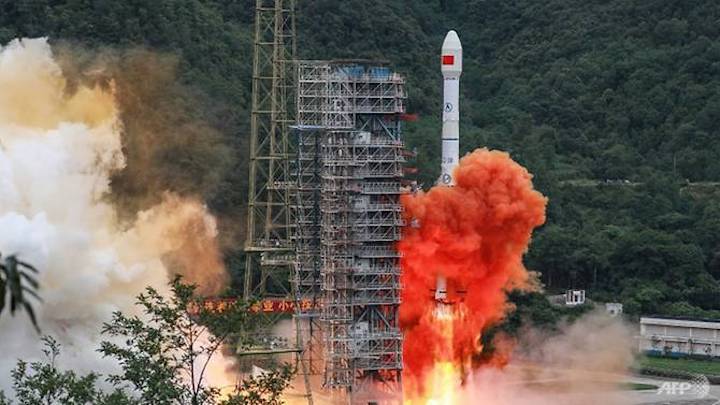 The newly-launched satellite APSTAR-6D is the latest example of the country's efforts in propelling global space development. Launched on July 9, the advanced commercial satellite will provide a high-quality broadband network and facilitate data communication services for users across the Asia-Pacific region, said its developer, the China Academy of Space Technology.

The satellite was sent into the planned orbit from the Xichang Satellite Launch Center, the country's earliest launch site for foreign satellites. On April 7, 1990, the center saw the lift-off of AsiaSat-1, the first international commercial satellite launched from China.

In due course, the country launched communication satellites from Xichang for many countries, such as Nigeria, Bolivia, Belarus and Algeria.

Since its establishment in 1970, the center has witnessed 34 international launches, accounting for nearly 70 percent of the country's total foreign satellite launch missions.

The last satellite of the BeiDou Navigation Satellite System (BDS) was also launched from the Xichang center on June 23. More than half of the countries in the world have been using the BDS, China's independently developed and operated global navigation system.

"China is willing to share the achievements of BeiDou development with other countries," said Wang Zhaoyao, chairman of the Chinese Satellite Navigation Committee, at the 9th ministerial meeting of the China-Arab States Cooperation Forum held on July 6.

The Wenchang Space Launch Center on the coast of the southern island province of Hainan is another launch site to witness China's international space cooperation. It is preparing the launch of China's first Mars probe.

On May 5, the trial version of China's new-generation manned spaceship and a cargo return capsule for tests were sent into space from the Wenchang center. This launch marked the "third step" of China's manned space program, which is to construct a space station.

China has continued to participate and deepen international cooperation for manned missions. It has forged several collaborative projects with countries, including Russia, Germany, France, Italy, and organizations such as the European Space Agency and the United Nations Office for Outer Space Affairs.

In June 2019, China announced the first nine international cooperation projects for its planned space station, which is expected to be completed in 2022.

According to the China Manned Space Agency, upon completion, the station will foster international exchanges and cooperation in the areas of equipment development, space applications, astronaut training, joint flights and aerospace medicine. Enditem