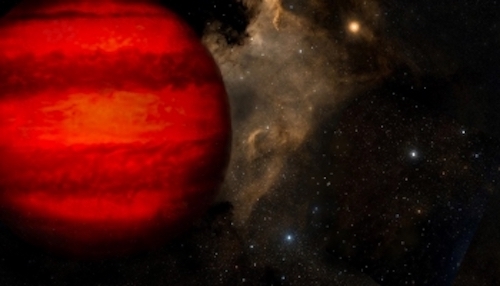 Thanks to the help of citizen scientists, astronomers have confirmed the existence of two unusual brown dwarfs in the Milky Way that defy normal classification.

“These two newly discovered brown dwarfs have colors and spectra unlike anything we’ve ever seen before,” said astronomer and research scientist Adam Schneider, of Arizona State University’s School of Earth and Space Exploration. “And citizen scientists had a huge role in their discoveries.”

Brown dwarfs form like stars, but are not massive enough to shine with starlight and are too massive to be called planets. They are typically characterized by how bright they are at different wavelengths, either through photometry (colors) or spectroscopy (a measurement of brightness across a wavelength range).

These two newly discovered brown dwarfs have colors and spectra unlike any known brown dwarfs and, based on current models, they are likely some of the oldest cold brown dwarfs known.

Schneider is the lead author of an article to be published in the American Astronomical Society’s Astrophysical Journal detailing these discoveries and the potential implications.

He first noticed one of the unusual brown dwarfs (WISE 1810) a few years ago, but it was in a crowded area of the sky and was difficult to confirm.

With the help of a tool called “WiseView” created by citizen-scientist Dan Caselden, Schneider was able to confirm that the object he had seen was moving, which is a good indication that an object is a nearby celestial body like a planet or brown dwarf. “WiseView scrolls through data like a short movie,” said Schneider, “so you can see more easily see if something is moving or not.” WISE images of the newly discovered brown dwarf WISE 1810 as seen with the WiseView viewer. The object has an orange hue indicative of being a brown dwarf, and these images show its motion from an early WISE epoch (left) to a later one (right). Image Credit: Schneider/ASU

The second unusual brown dwarf (WISE 0414) was discovered by a group of citizen scientists, including Paul Beaulieu, Sam Goodman, William Pendrill, Austin Rothermich and Arttu Sainio, who participate in a NASA-funded citizen-scientist project called Backyard Worlds: Planet 9, as does Caselden.

Backyard Worlds provides a platform for citizen scientists to search for new objects on the edges of our solar system using data from NASA’s Wide-field Infrared Survey Explorer (WISE) mission, which is imaging the entire sky in infrared. The citizen scientists who found WISE 0414 combed through hundreds of images taken by WISE, looking for movement that can best be detected with the human eye.

“The discovery of these two brown dwarfs shows that science enthusiasts can contribute to the scientific process,” Schneider said. “Through Backyard Worlds, thousands of people can work together to find unusual objects in the solar neighborhood.”

Once the objects were discovered by the citizen scientists, astronomers then used near-infrared spectroscopy to determine their physical properties and confirm that they are indeed brown dwarfs.

And with the discovery of these two unusual brown dwarfs, astronomers may now be able to find more of these objects in the future.

“If we just look for brown dwarfs based on previously known brown dwarf colors, we could miss these sorts of interesting objects with unusual properties,” Schneider said. “These new objects will help us define new parameter space for brown dwarf discoveries.”