Dyson imagined a universe in which alien civilizations harness the energy of the stars. 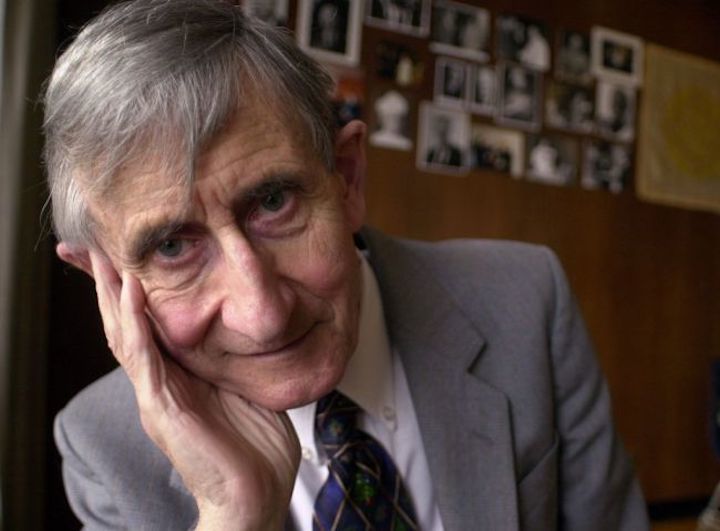 Legendary physicist and big thinker Freeman Dyson has died at age 96 in New Jersey, according to reports from Maine Public Radio and The New York Times.

Dyson, born in England in 1923, moved to the United States in 1947 and spent most of his life as a professor or professor emeritus at the Princeton University Institute for Advanced Study. He died today (Feb. 28) in a hospital in Princeton, according to the university.

Dyson first became widely known for important work in the late 1940s on the interactions between light and matter, then went on to have a remarkably wide-ranging career. He published papers on the future of the universe, worked on ideas for a nuclear-explosion-powered spacecraft that was never built, developed new ideas in mathematics and philosophy, and imagined how humans of the far future — as well as alien civilizations — might live and operate in space.

"Dyson generated revolutionary scientific insights, including calculations bridging the quantum and human worlds. His contributions stem from his work in numerous areas, including nuclear engineering, solid state physics, ferromagnetism, astrophysics, biology and applied mathematics," the Institute for Advanced Study wrote in an obituary for Dyson.

He described his own approach to science as driven by wide-ranging curiosity.

"I've always enjoyed what I was doing quite independently of whether it was important or not," Dyson told The New York Times in 2009, explaining why he never won a Nobel Prize like his colleague Richard Feynman. "I think it's almost true without exception if you want to win a Nobel Prize, you should have a long attention span, get ahold of some deep and important problem, and stay with it for 10 years. That wasn't my style."

Arguably, Dyson's most famous idea was the "Dyson sphere," a hypothetical structure a civilization might build around a star to enclose it and best harness its energy. The notion has made its way into science fiction and astronomy as well. In recent years, some astronomers have even speculated that a particular star in our galaxy exhibiting odd dimming behavior might have an incomplete Dyson sphere, an "alien megastructure," around it. (That idea, however, has since been largely discredited in favor of another explanation, as Live Science previously reported.)

Dyson was also known for his idiosyncratic views on climate change, notions that he largely publicized toward the end of the first decade of the 21st century. While he did not dispute that human emissions were causing Earth's climate to warm, he expressed frustration with the tone in which the subject was discussedat the time, as The New York Times reported in 2009. Dyson suggested that other problems were more important and expressed doubts about some techniques used by climate scientists to estimate the effects of future warming.

He also argued that planting billions of trees, genetically engineered to capture more carbon than existing trees, would solve the problem. As of 2020, such genetically modified mega-forests do not exist and the world has continued to experience increasingly drastic effects from climate change.

Robert McNees, a physicist at Loyola University in Chicago, memorialized Dyson on Twitter, pointing to Dyson's 1979 paper "Time Without End," published in the journal Reviews of Modern Physics. McNees called it "a real late-night-dorm-room-conversation of a paper."

In that paper, Dyson argued that if the universe continues to spread out forever and cool down, life might not die out as most physicists assume.

"It is conceivable," Dyson continued, "that in another 10^10 years, life could evolve away from flesh and blood and become embodied in an interstellar black cloud or in a sentient computer."

Dyson went on to write that life might require warmth, liquid water and a reliable energy source to persist in a cold universe, but only if consciousness is tied to the body.

"Since I am a philosophical optimist, I assume … life is free to evolve into whatever material embodiment best suits its purposes," he wrote.