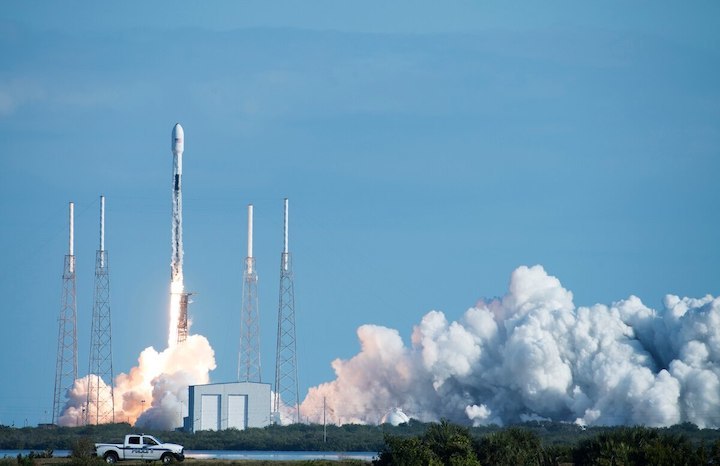 The Air Force will test SpaceX-developed technology in an upcoming demonstration that will reportedly include a live-fire exercise targeting drones and cruise missiles, the latest test of experimental technologies.

The demonstration will include elements of the U.S. Space Command and U.S. Strategic Command working with SpaceX’s Starlink mission, which aims “to provide internet access via proliferated constellations made up of thousands of small satellites in low earth orbit,” Defense News, a sister publication, previously reported.

The U.S. military hopes to utilize the satellite broadband service for its warfighters.

The system was first tested in late December 2019 and again in the field late last month.

“We’ve come so far in ABMS that we realize that it’s bigger than just replacing the capability that JSTARS provides,” said Will Roper, assistant secretary of the Air Force for acquisition, technology and logistics, according to TheDrive. “If you get ABMS right, you’ve just built the military’s ‘internet of things.’ That’s super exciting.”

In the January exercise, the Air Force tested the ability of its stealth F-35 and F-22 fighters to communicate with each other in flight via ABMS, as each aircraft currently utilizes different data link systems.

The service plans to further test this data transmission capability to include Kratos Defense’s unmanned XQ-58A Valkyrie drone during the April exercise. This system is being developed to accompany manned fighter jets and other aircraft in manned-unmanned combat teams.

Also tested in January was the Air Force’s ability to connect its AC-130 gunships with the SpaceX Starlink constellation. Air Force Chief Architect Preston Dunlap previously confirmed the aircraft was able to “pass data” through the satellites.

In January 2018, SpaceX launched a secret U.S. government satellite — known as Zuma — aboard its Falcon 9 rocket from Cape Canaveral Air Force Station. The mission ended in an apparent, although unconfirmed, failure. SpaceX, however, has denied its rocket was to blame.

The news of the upcoming demonstration complements the unveiling of the U.S. Space Force Vision for Enterprise Satellite Communications by Gen. Jay Raymond, chief of space operations and commander of U.S. Space Command, last week.

“The Enterprise SATCOM Vision outlines the new Service’s vision to evolve SATCOM into a single enterprise that can continue to deliver effects to warfighters from and through a contested, degraded and operationally limited (CDO) environment,” a press release stated.