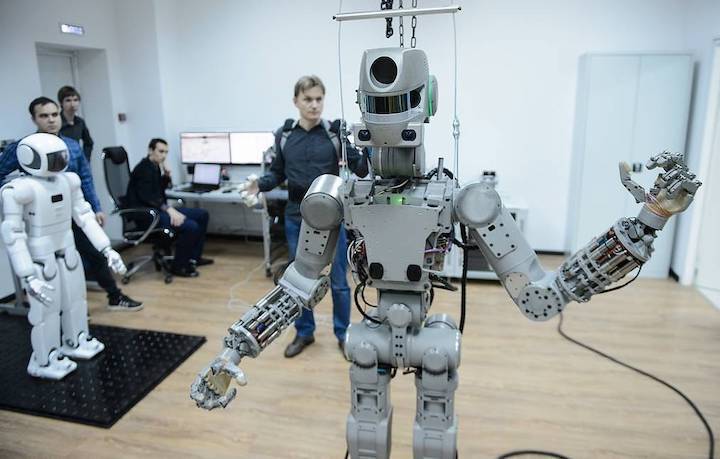 "Colleagues from Japan are thinking in approximately the same direction as we do, eyeing step-by-step design of robotic systems to explore the near and far space. We both identify the Moon - or, in other words, robotic systems that could function and perform tasks on the Moon surface - as our primary target," he said.

According to Dudorov, GITAI specializes on anthropomorphic robots and uses controllers similar to those developed by Android Technology. The device allows to operate robots in the ‘avatar’ mode, during which it would mimic the actions of a human controller to perform certain manipulations.

The tentative agreement on cooperation was achieved when Japanese company representatives visited Russia this week.

"We will sign a cooperation agreement. Later, we will outline joint plans for 2020, 2021 and other years," Dudorov said, adding that the deal would be signed soon.

Once the joint project is a success, the sides will present their developments to the national space agencies - Russia’s Roscosmos and Japan’s JAXA.

"We also discussed the possibility of GITAI’s use of engines that we produce. They have examined the materials and will probably use our electric engines to power their robotic systems," Dudorov said.

Another project of the Russian company is Teledroid, a robot (not necessarily an anthropomorphic one) that would function on the outer surface of the ISS. The first prototype of Teledroid is expected by March-April 2020.

The company is also designing an anthropomorphic robot that would process radioactive waste in storage facilities and dispose of it. The trials of it are to begin in 2020.

The acting director of the Android Technology Company Yevgeny Dudorov noted that South Korea had also offered to cooperate with Russia in the sphere of robot development, however, the sides have not agreed to a meeting yet 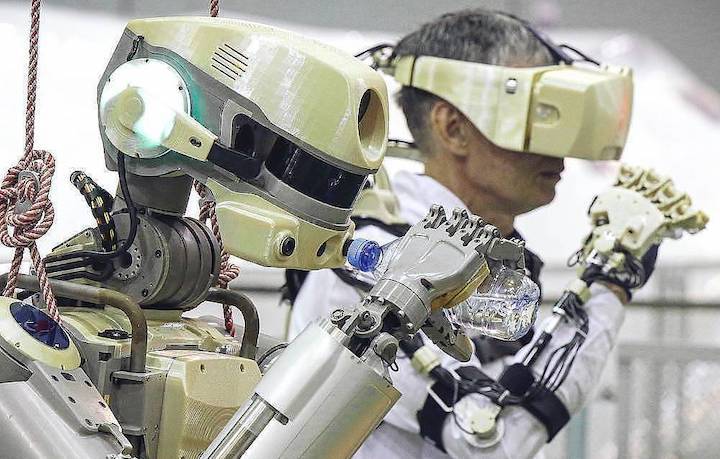 Russia and Japan may take part in a joint project on developing a space robot, Yevgeny Dudorov, the acting director of the Android Technology Company, which previously created a Russian anthropomorphic robot Fedor, informed TASS.

"A team from Japan plans to visit us to discuss the prospects of possible cooperation. They are announcing a joint robot development project, but it is hard to say what will happen in practice," Dudorov noted.

The sides have not discussed yet whether the robot will be developed to perform tasks at the International Space Station (ISS) or in outer space, Dudorov added, noting that the Japanese specialists will come to Russia in December.

He added that South Korea had also offered to cooperate with Russia in the sphere of robot development, however, the sides have not agreed to a meeting yet.

The robot Fedor (Final Experimental Demonstration Object Research or FEDOR) was developed by Android Technology Company and the Advanced Research Fund on a technical assignment from Russia’s Emergencies Ministry.

The robot was sent to perform tasks at the ISS from August 22 to September 7. Currently, the company is developing a robot (under the name of Teledroid) that would function in outer space. The first prototype of Teledroid is expected by March-April 2020.