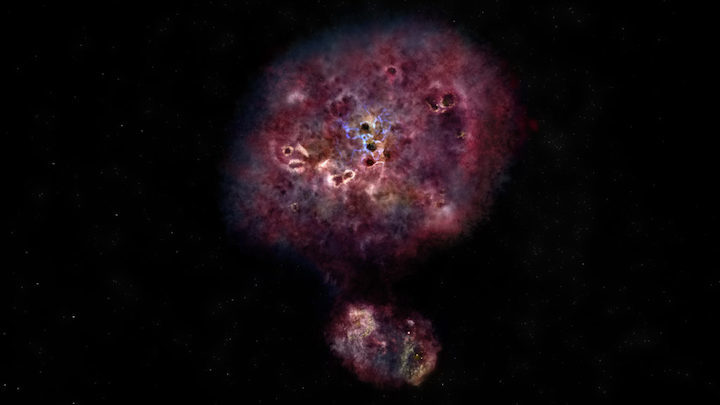 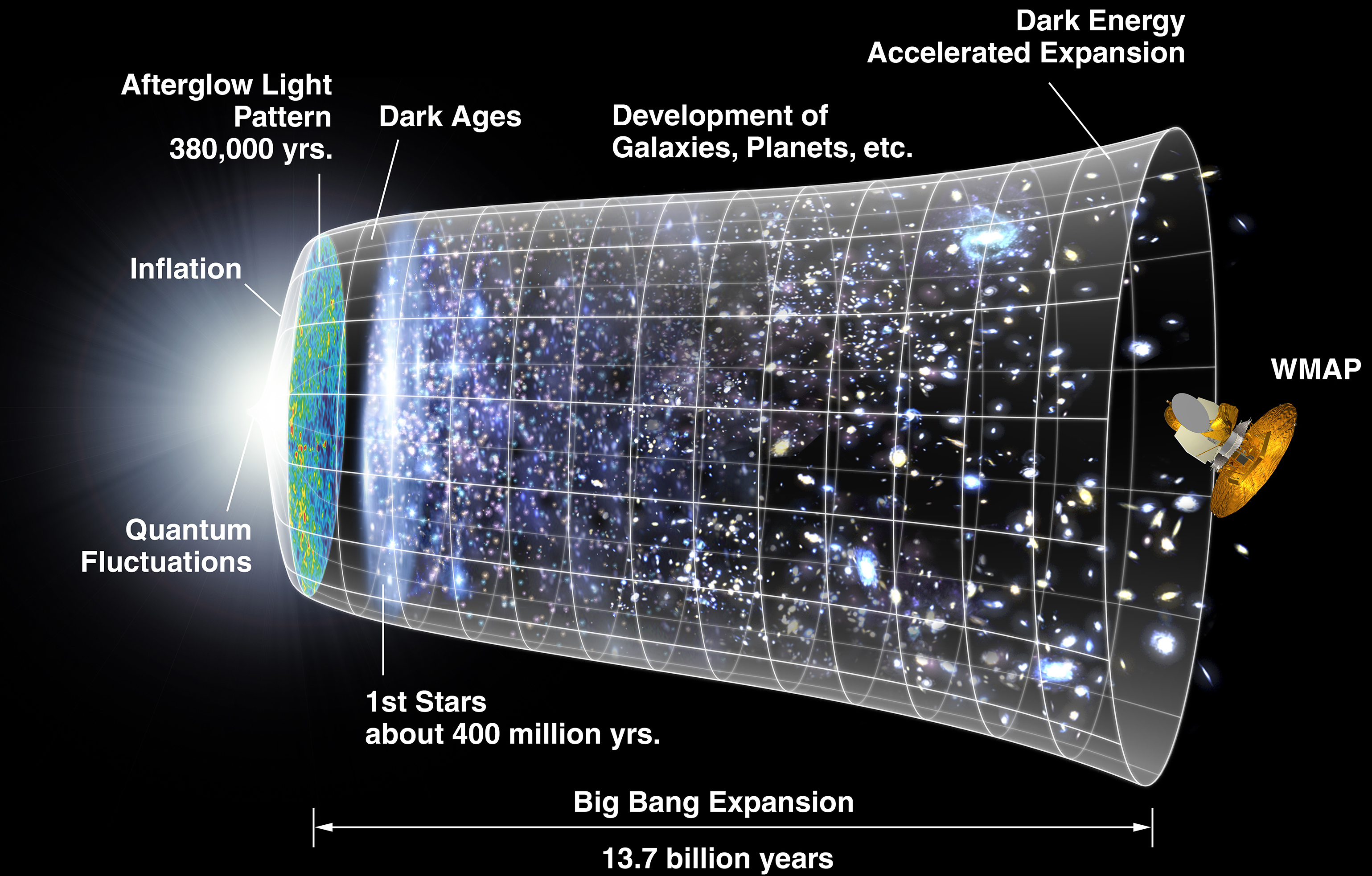 . This galaxy, called MAMBO-9, is the most distant dusty star-forming galaxy that has ever been observed without the help of a gravitational lens.

Dusty star-forming galaxies are the most intense stellar nurseries in the universe. They form stars at a rate up to a few thousand times the mass of the Sun per year (the star-forming rate of our Milky Way is just three solar masses per year) and they contain massive amounts of gas and dust. Such monster galaxies are not expected to have formed early in the history of the universe, but astronomers have already discovered several of them as seen when the cosmos was less than a billion years old. One of them is galaxy SPT0311-58, which ALMA observed in 2018.

Because of their extreme behavior, astronomers think that these dusty galaxies play an important role in the evolution of the universe. But finding them is easier said than done. “These galaxies tend to hide in plain sight,” said Caitlin Casey of the University of Texas at Austin and lead author of a study published in The Astrophysical Journal. “We know they are out there, but they are not easy to find because their starlight is hidden in clouds of dust 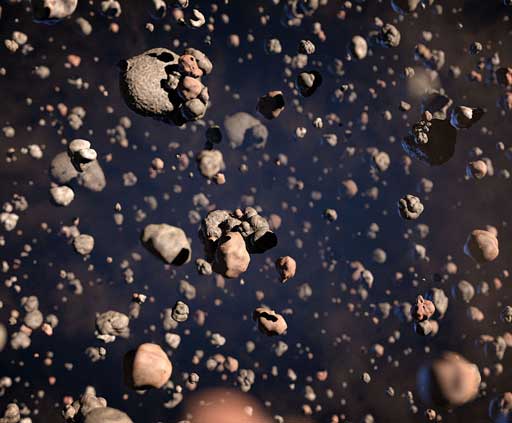 MAMBO-9’s light was already detected ten years ago by co-author Manuel Aravena, using the Max-Planck Millimeter BOlometer (MAMBO) instrument on the IRAM 30-meter telescope in Spain and the Plateau de Bure Interferometer in France. But these observations were not sensitive enough to reveal the distance of the galaxy. “We were in doubt if it was real, because we couldn’t find it with other telescopes. But if it was real, it had to be very far away,” says Aravena, who was at that time a PhD student in Germany and is currently working for the Universidad Diego Portales in Chile.

Thanks to ALMA’s sensitivity, Casey and her team have now been able to determine the distance of MAMBO-9. “We found the galaxy in a new ALMA survey specifically designed to identify dusty star-forming galaxies in the early universe,” said Casey. “And what is special about this observation, is that this is the most distant dusty galaxy we have ever seen in an unobstructed way.”

The light of distant galaxies is often obstructed by other galaxies closer to us. These galaxies in front work as a gravitational lens: they bend the light from the more distant galaxy. This lensing effect makes it easier for telescopes to spot distant objects (this is how ALMA could see galaxy SPT0311-58). But it also distorts the image of the object, making it harder to make out the details.

In this study, the astronomers saw MAMBO-9 directly, without a lens, and this allowed them to measure its mass. “The total mass of gas and dust in the galaxy is enormous: ten times more than all the stars in the Milky Way. This means that it has yet to build most of its stars,” Casey explained. The galaxy consists of two parts, and it is in the process of merging. 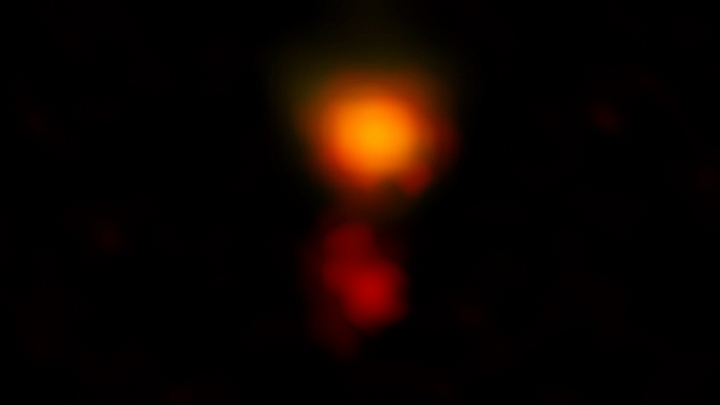 ALMA radio image of the dusty star-forming galaxy called MAMBO-9. The galaxy consists of two parts, and it is in the process of merging.

Casey hopes to find more distant dusty galaxies in the ALMA survey, which will give insight into how common they are, how these massive galaxies formed so early in the universe, and why they are so dusty. “Dust is normally a by-product of dying stars,” she said. “We expect one hundred times more stars than dust. But MAMBO-9 has not produced that many stars yet and we want to find out how dust can form so fast after the Big Bang.”

“Observations with new and more capable technology can produce unexpected findings like MAMBO-9,” said Joe Pesce, National Science Foundation Program Officer for NRAO and ALMA. “While it is challenging to explain such a massive galaxy so early in the history of the universe, discoveries like this allow astronomers to develop an improved understanding of, and ask ever more questions about, the universe.”

The light from MAMBO-9 travelled about 13 billion years to reach ALMA’s antennas (the universe is approximately 13.8 billion years old today). That means that we can see what the galaxy looked like in the past (Watch this video to learn how ALMA works as a time-machine). Today, the galaxy would probably be even bigger, containing one hundred times more stars than the Milky Way, residing in a massive galaxy cluster.