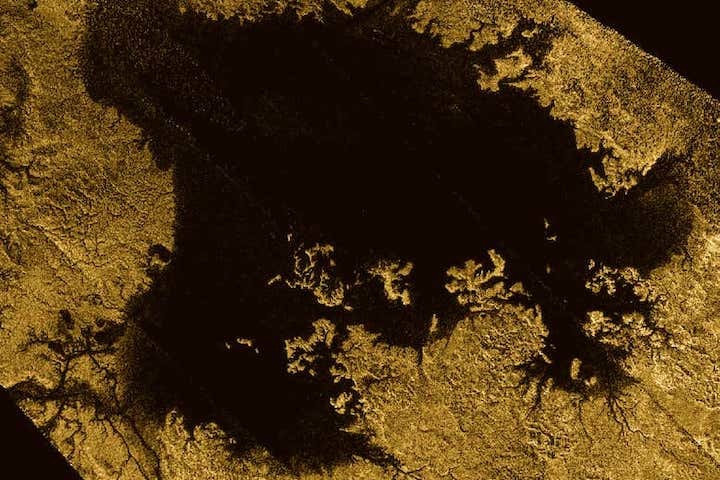 Titan’s climate may be influenced by an enormous underground supply of liquid methane. The first simulation to tie together the surface processes and the atmosphere of Saturn’s largest moon has shown that there may be methane hiding just under the surface across almost the entire satellite.

The weather on Titan is driven by a methane cycle similar to Earth’s water cycle – methane rains down from the sky and fills the lakes and seas near the poles. But we have never quite understood where all that methane comes from, since it should be chemically destroyed fairly quickly in the atmosphere.

In an attempt to figure out what replenishes the methane, Juan Lora at Yale University and his colleagues built five simulations of Titan’s climate that reached from the atmosphere down into the subsurface. Each model had a different surface permeability, which controls how the methane can seep into the ground and be transported around the moon.

Three of their models predicted lakes and oceans at the poles, which our observations show actually exist. One was also able to predict the moon’s climate accurately, with rain forecasted mostly near the equator. “For the first time, we have managed to simulate both the distribution of methane seas on Titan and the climate systems as we understand them from observations,” says Lora.

The matching simulation also featured a reservoir of methane just under the surface of almost the entire moon. “This is a methane table in the same way that we have water tables in the continents on Earth,” says Lora. “It’s not an ocean, it’s just liquid in the pore spaces, in the cracks in the ground.”

This underground methane could be replenishing the methane in the atmosphere, as well as keeping Titan’s lakes and seas supplied with liquid. It would solve one of Titan’s biggest mysteries, and Lora says that this detailed simulation could be used to examine other questions as well, such as why all of the lakes and seasare at the poles.