It’s baaaack: Nuclear propulsion, first floated in the ’60s, is hot again. President Trump’s Mars ambitions might even hinge on it. 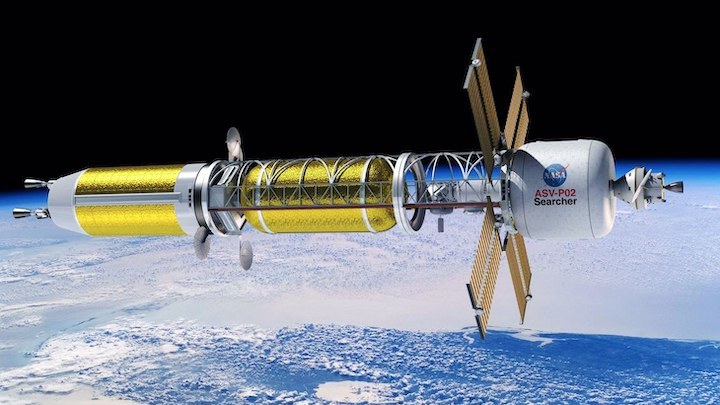 Nuclear rockets could be used to sustain human outposts on other worlds and cut the travel time to Mars in half.PHOTOGRAPH: NASA

Just north of the Tennessee River near Huntsville, Alabama, there’s a six-story rocket test stand in a small clearing of loblolly pines. It’s here, in a secluded corner of NASA’s Marshall Space Flight Center, that the US Army and NASA performed critical tests during the development of the Redstone rocket. In 1958, this rocket became the first to detonate a nuclear weapon; three years later, it carried the first American into space.

The tangled history of nukes and space is again resurfacing, just up the road from the Redstone test stand. This time NASA engineers want to create something deceptively simple: a rocket engine powered by nuclear fission.

A nuclear rocket engine would be twice as efficient as the chemical engines powering rockets today. But despite their conceptual simplicity, small-scale fission reactors are challenging to build and risky to operate because they produce toxic waste. Space travel is dangerous enough without having to worry about a nuclear meltdown. But for future human missions to the moon and Mars, NASA believes such risks may be necessary.

At the center of NASA’s nuclear rocket program is Bill Emrich, the man who literally wrote the book on nuclear propulsion. “You can do chemical propulsion to Mars, but it’s really hard,” says Emrich. “Going further than the moon is much better with nuclear propulsion.”

Emrich has been researching nuclear propulsion since the early ’90s, but his work has taken on a sense of urgency as the Trump administration pushes NASA to put boots on the moon ASAP in preparation for a journey to Mars. Although you don’t need a nuclear engine to get to the moon, it would be an invaluable testing ground for the technology, which will almost certainly be used on any crewed mission to Mars.

Let’s get one thing clear: A nuclear engine won’t hoist a rocket into orbit. That’s too risky; if a rocket with a hot nuclear reactor blew up on the launch pad, you could end up with a Chernobyl-scale disaster. Instead, a regular chemically propelled rocket would hoist a nuclear-powered spacecraft into orbit, which would only then fire up its nuclear reactor. The massive amount of energy produced by these reactors could be used to sustain human outposts on other worlds and cut the travel time to Mars in half.

“Many space exploration problems require that high-density power be available at all times, and there is a class of such problems for which nuclear power is the preferred—if not the only— option,” Rex Geveden, a former NASA associate administrator and CEO of the power generation company BWX Technologies, told the National Space Council in August. Geveden’s sentiments were echoed by NASA Administrator Jim Bridenstine, who called nuclear propulsion a “game changer” and told Vice President Mike Pence that using fission reactors in space is “an amazing opportunity that the United States should take advantage of.”

It’s not the first time NASA has flirted with nuclear rockets. In the 1960s, the government developed several nuclear reactor engines that produced propulsion much more efficiently than conventional chemical rocket engines. NASA started scheming about a permanent lunar base and a first crewed mission to Mars by the early ’80s. (Sound familiar?) But as with so many NASA projects, nuclear rocket engines soon fell out of favor and the office in charge of them shut down.

There were technical hurdles too. While the concept of nuclear rocket engines is simple enough—the reactor brings hydrogen to blistering temperatures and the gas is expelled through a nozzle—designing reactors that could withstand their own heat was not. Earthbound fission reactors operate at around 600 degrees Fahrenheit; the reactors used in rocket engines must be cranked to more than 4,000 degrees F.

For the last decade, Emrich and a team of engineers have been simulating the extreme conditions inside a nuclear rocket engine at the Marshall Space Flight Center. Instead of triggering a fission reaction, they use large amounts of electricity—enough to meet the power needs of several hundred average American homes—to heat the fuel cell several thousand degrees. “Think of it like a big microwave oven,” Emrich says. 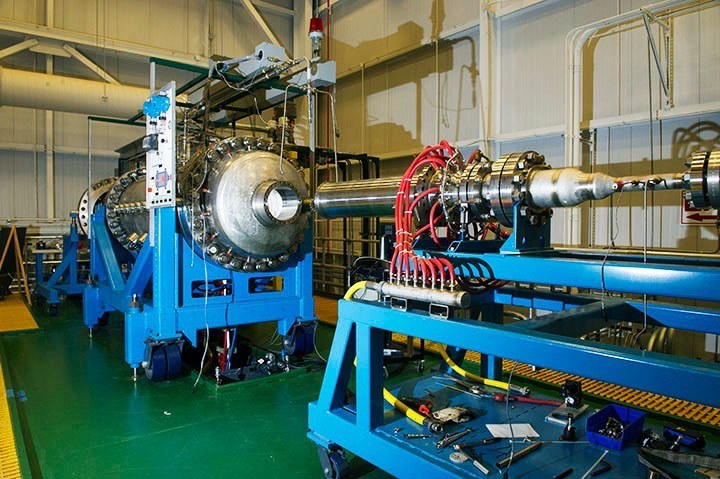 Called NTREES, for Nuclear Thermal Rocket Element Environmental Simulator, this project has been the backbone of NASA’s quiet return to nuclear propulsion. Emrich and his team use the simulator’s large chamber to study how materials react to extreme heat without incurring the costs or dangers of a full nuclear engine, as NASA did in the ’60s. A few years after NTREES came online, NASA folded it into a larger program to study how a nuclear engine could be integrated with the Space Launch System, the agency’s next-generation, heavy-lift launch rocket.

The early programs laid the foundation for a nuclear rocket engine; NASA’s next step was to develop the hardware needed to take the engine from theory to reality. In 2017, NASA awarded BWX Technologies a three-year, $19 million contract to develop the fuel and reactor components necessary for a nuclear engine. The following year, Congress earmarked $100 million in NASA’s budget for the development of nuclear propulsion technologies. And this year they got another boost when Congress added another $125 million for nuclear propulsion.

But before a nuclear rocket engine gets its first flight, NASA needs to overhaul its regulations for launching nuclear materials. In August, the White House issued a memo that tasked NASA with developing safety protocols for operating nuclear reactors in space. Once they’re adopted by NASA, the stage will be set for the first flight of a nuclear engine as soon as 2024. This coincides with Trump’s deadline to return American astronauts to the moon; maybe this time they’ll be hitching a ride on a nuclear rocket.