The fuselage and wings of the third SpaceShipTwo vehicle are now joined. 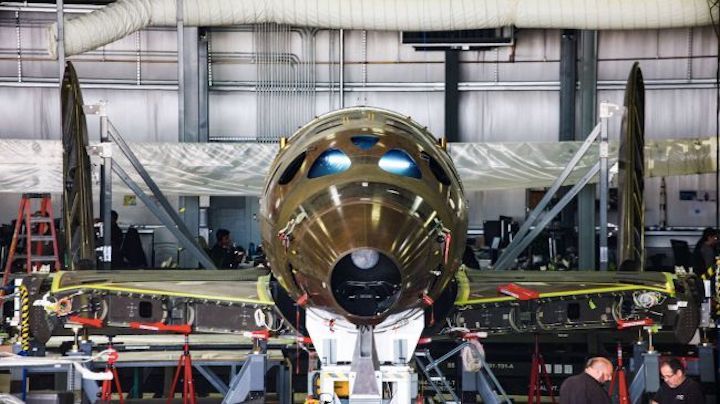 The fuselage of the next suborbital SpaceShipTwo vehicle has been mated with the finished wing section, company representatives announced yesterday (Sept. 16).

"In addition, the two tail booms have been mated to the spaceship’s rear feather flap assembly," Virgin Galactic representatives said in a statement, referring to components of SpaceShipTwo's "feathering" re-entry system. "The completion of these two milestones brings assembly of the next SpaceShipTwo, planned to enter service after VSS Unity, a major step forward." 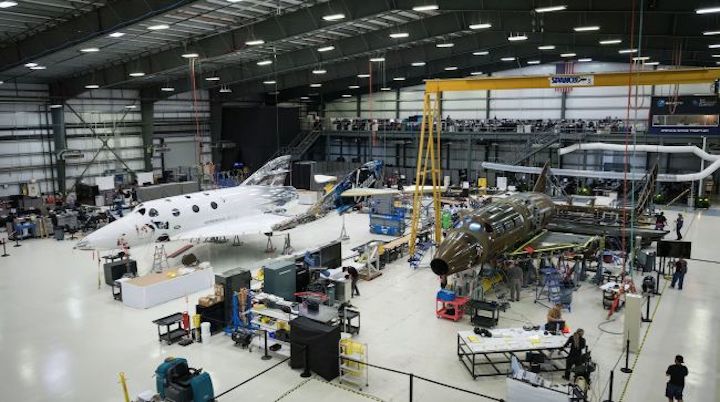 VSS Unity, the second SpaceShipTwo that Virgin built, appears to be nearing the end of its extensive test campaign. The vehicle has reached suborbital space twice, in December 2018 and February of this year, and is currently undergoing a cabin-interior touchup in Mojave, California, at the facilities of Virgin manufacturing subsidiary The Spaceship Company.

When the cabin work is done, Unity will be ferried to Spaceport America in New Mexico, the hub of Virgin's commercial operations. The move will likely occur this fall, Virgin Galactic representatives told Space.com last month.

SpaceShipTwo No. 3, whose name has not yet been announced, is being assembled in Mojave as well — and so is SpaceShipTwo No. 4, which isn't quite as far along. (The first SpaceShipTwo vehicle, VSS Enterprise, was destroyed in October 2014 during a rocket-powered test flight that killed co-pilot Michael Alsbury and wounded pilot Peter Siebold.) 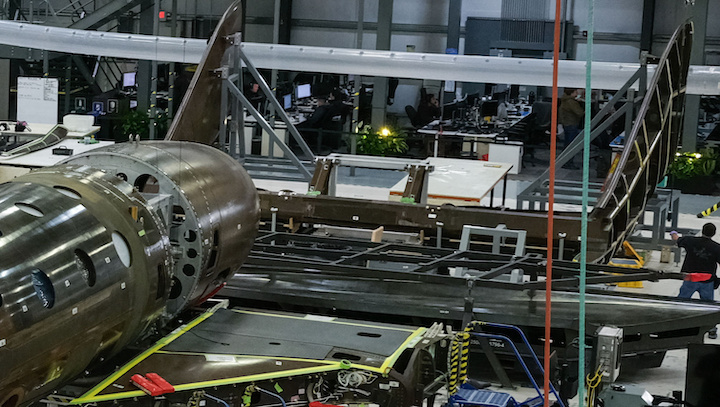 "Our passionate and talented team has made great progress on the next SpaceShipTwo," Enrico Palermo, President of The Spaceship Company, said in the same statement. "Seeing VSS Unity adjacent to the assembly of the next vehicle as well as the cabin of our third [or fourth, if you count Enterprise] spaceship makes it very clear that we are building a fleet of remarkable space planes for commercial service."

The six-passenger SpaceShipTwo is carried aloft by a plane known as WhiteKnightTwo, then dropped from an altitude of about 50,000 feet (15,000 meters). At that point, the spacecraft's onboard rocket motor kicks on, blasting the vehicle up to suborbital space.

Passengers aboard the craft will feel a few minutes of weightlessness and get to see the curve of Earth against the blackness of space. The experience doesn't come cheap: A ticket currently costs $250,000. More than 600 people have booked a seat to date, Virgin Galactic representatives have said.

Monday's update didn't provide an estimated completion date for SpaceShipTwo No. 3. But Virgin Galactic President Mike Moses told Space.com last month that the vehicle should be ready to start test flights next year.