This mission marks over 200 satellites deployed into low-Earth orbit by NanoRacks since 2014. 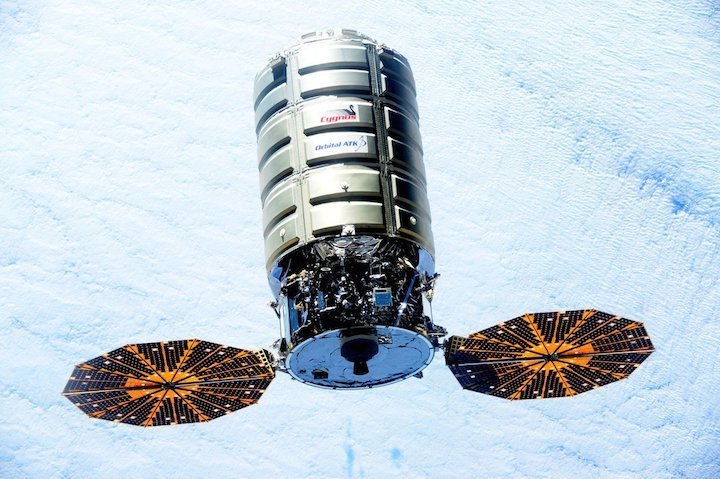 The Orbital ATK CRS-8 mission launched on November 12, 2017, carrying NanoRacks’ fourth mission providing opportunities for CubeSat deployment from Cygnus after the vehicle departs from the International Space Station. Prior to launch, the NanoRacks External Cygnus Deployeris installed on the exterior of the Cygnus service module with the capability to deploy satellites after the spacecraft completes its primary space station commercial resupply mission.

After departing from the Space Station, Cygnus was elevated to an altitude of 450 kilometers before deploying the satellites.

“NanoRacks is proud to be the primary program on the OA-8 Cygnus secondary mission,” says Senior Mission Manager Henry Martin. “This successful mission further exemplifies the growing opportunities for our diverse customer base in low-Earth orbit. We’ve now deployed over 200 satellites across all of our platforms. This is a big milestone for us and we’re proud to remain a leading provider as the market continues to grow.”

“We’re especially pleased to further contribute to the growth of Spire’s global ship, weather, and aviation tracking constellation in low-Earth orbit,” adds Martin. “It’s great to serve a critical role in ensuring Spire is able to continue meeting their goal of providing unmatched data on parts of the world where collecting data is notoriously difficult.”

Additionally of note, the ISARA and Aerocube 7B/C satellites deployed in this mission were funded through NASA’s Small Spacecraft Technology Program (SSTP), which is chartered to develop and mature technologies to enhance and expand the capabilities of small spacecraft with a particular focus on communications, propulsion, pointing, power, and autonomous operations.

Thank you to NASA and Orbital ATK on their ongoing support for our External Cygnus Deployment program.