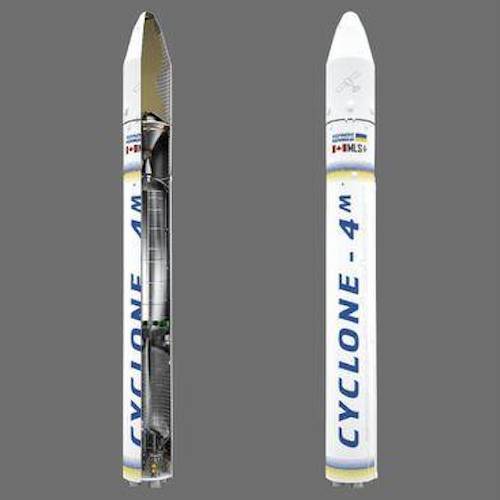 Guysborough officials have given the green light to a rocket launcher project near Canso.

Some are keen to see a future beyond fish and tourism; others are concerned about public safety and the environmental impact the project could have. A local school principal would like proponents to come in and talk to kids about the plan to turn a piece of coast into the country’s first commercial spaceport.

Others have reservations about a project which failed after a decade-long struggle to get off the ground in Brazil.

Brazil pulled out of the venture, which was to use the Ukrainian-built Cyclone 4M rocket, in 2015. That April, SpaceNews reported the deputy chief of the Brazilian Space Agency said a government review found too many open questions about its cost and future market success.

The economic challenge is compounded by the fact that the launch site is only a couple of kilometres from the tiny communities of Hazel Hill and Little Dover, founded in 1860 when a well-off doctor from Lunenburg bought a few land grants on the Canso peninsula.

Little Dover is “just across the harbour from where they’ll put the rocket launch silo and it’s not a very wide harbour,” according to local historian Eldon Munroe.

Halifax company Maritime Launch Services Ltd., founded by United Paradyne Corp. in Santa Maria, CA, announced earlier this year it plans to invest upwards of US$225 million to set up its commercial spaceport in Guysborough Municipality in the Canso area, 300 kilometres east of Halifax.

The infrastructure component of the spaceport is budgeted at US$100 million and MLS Ltd. president Steve Matier expects its construction will provide “several hundred jobs” with 30-50 full-time jobs to run the facility.

MLS Ltd. plans a 10-15-metre-tall control centre and rocket assembly area, a concrete launch pad and a custom rail system to transport and position the rocket for liftoff. The complex will use Ukrainian technology, the Cyclone 4M orbital launch vehicle.

Little Dover is a prosperous fishing community harvesting from rich lobster grounds. Munroe, who wrote a 270-page book, The Times, Tides & Tears of Little Dover: Story of Survival, said in a telephone interview its lobster grounds have made most of its 25 or so fisherman “worth close to a million.” His book, self-published in 1997, sold about 850 copies but there are several hundred names on a waiting list if it ever goes to a third printing, Munroe said.

Hazel Hill has a community school, a war monument honouring those who died in combat, and is the site of the Commercial Cable Company Telegraph Office, one of the few surviving trans-Atlantic cable stations in North America. Hazel Hill station received a distress telegram from the sinking Titanic in 1912.

Stops and starts for Cyclone 4

Petronio Noronha de Souza, AEB’s director of space policy and strategic investments, told SpaceNews that over the years the work to build a launch facility for Ukraine’s Cyclone 4 rocket at Brazil’s Alcantara spaceport has suffered multiple stops and starts as one side or the other fell short on its financial obligations to the effort.

“It is an accumulation of issues,” said Noronha de Souza. “There have been challenges on the budget issues, on the technological aspects, in the relationship between Brazil and Ukraine and in the actual market for export that would be available. So it is a combination of things.”

Virginia-based SpaceNews is a privately owned business-to-business print and online publication founded in 1989 that covers news in the space and satellite industry for government and space industry professionals.

Ukraine company Yuzhoyne State Design Office in Dnipro, maker of the Cyclone 4, makes no mention of the Brazil failure on its website. According to the company's online history, it has not yet marked a successful launch of the Cyclone 4 which it says costs US$45 million to put a 3,700 kilogram payload into orbit.

According to the project description submitted to the Nova Scotia government, the Yuzhnoye C4M rockets are fired by liquid oxygen and refined kerosene as first-stage propellants and more than 20,000 kilograms of self-igniting chemical fuel for the second stage.

Half of the chemical fuel is unsymmetrical dimethyl hydrazine (UDMH), which is a carcinogen and potentially explosive if exposed to air. UDMH breaks down in seawater in about two weeks. That’s one reason for putting a rocket launch pad at the ocean’s edge, Matier said.

If UDMH is released on land, it can react with air to create dimethylnitrosamine (DMN), a carcinogen that can contaminate groundwater and is difficult to filter and detect.

The Ukrainian rockets have a 98 per cent success rate over 208 launches, the company’s documents said. The two recorded failures happened near the edge of space. The facility is designed to mitigate for possible leaks, Matier said in previously published news reports.

Deanna Gillis of the Strait Regional School Board said, “As a board, we do not have enough information (about the project) at this point to say if we have any specific concerns for the school community. Our staff will be contacting the Municipality of the District of Guysborough to schedule a meeting to discuss this project further.”

Principal Jeff George has said there have been no concerns from parents expressed to him as school principal, Gillis said, adding he is planning to invite a representative from the project to visit the school sometime during the next school year to provide an educational awareness and information presentation to the students.

The handsome rose brick and granite building that housed the Commercial Cable’s offices, on the north side of Highway 16 at the Tickle Road intersection, has been boarded up for years now. Recognized under the Heritage Act in 2006, signs posted on the outer walls warn of falling bricks and the shingled roof looks in dire need of repair.

Some local residents still remember when 50 bachelors posted to Hazel Hill caused “a great deal of interest” from the young women, Canso resident June Jarvis said. The youngest of 12 children, Jarvis, 80, recalls Saturday night dances at the Commercial Cable’s recreation centre. “It was quite a go-around.”

It was suggested by local residents that the building would be ideal as a winery.

John Kearney, an environmental anthropologist who has studied the effects of a nearby windfarm on migratory birds, said in an interview that he is deeply worried about plans to construct lighted buildings near the six-turbine Sable Wind installation. The rocket launcher intends to use Sable Wind electricity and its access road to get to the launch site.

It’s a relatively low risk site now because it is two kilometres from the coast.

But he said birds flying in from Newfoundland to Glasgow Head on the tip of the Canso peninsula are tired and disoriented when they arrive and “they just want to get down. A light near the turbines will be catastrophic.”