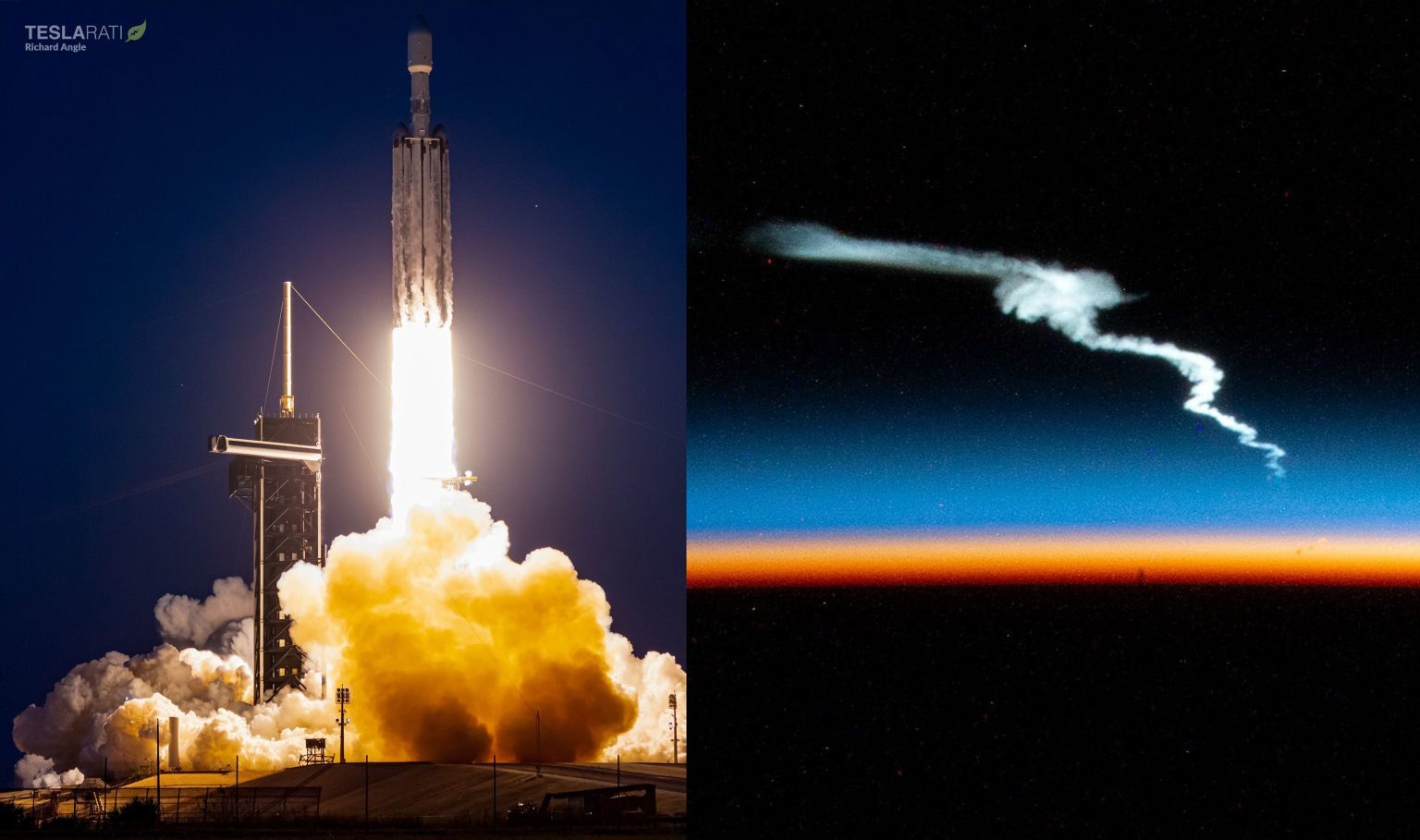 NASA cameras installed on the International Space Station happened to be in the right place and at the right time to capture SpaceX’s latest Falcon Heavy launch from orbit.

Thanks to its timing, January 15th launch was already one of SpaceX’s most spectacular yet. A twilight liftoff emphasized and lit up the rocket’s miles-long exhaust plume against a darkening sky, producing a show that – while familiar – was still exceptional. Somehow, the timing of Falcon Heavy’s USSF-67 launch also allowed the ISS to see the show hundreds of miles above Earth’s surface and away from the launch pad.

It’s not the first time a rocket launch has produced a show for the astronauts (or, at least, cameras) who live aboard the ISS. But it is the first time the rare launch of a Falcon Heavy rocket was spotted from orbit. Similar in concept to the contrails produced by aircraft at high altitudes, Falcon Heavy produced a giant exhaust plume as it climbed out of Earth’s atmosphere, and that exhaust – containing a small amount of water vapor – created artificial clouds.

Those contrails are especially noticeable at the limits of Earth’s atmosphere, around 50 miles (80 km) up, where they can they can catch sunlight hours before or after the sun sets or rises at the surface. Falcon Heavy’s artificial noctilucent clouds lasted for several minutes, allowing cameras on the NASA side of the space station to take photos of the clouds as it flew over the Atlantic Ocean far downrange. Physically, Falcon Heavy was catching up to the ISS as it flew east and both were traveling with Earth’s rotation, slightly extending the rare window of opportunity. Had Falcon Heavy launched just a few minutes later, the ISS would have likely been out of view.

The station’s photos of the launch were taken about seven minutes after Falcon Heavy lifted off, shortly before the upper stage reached low Earth orbit (LEO) and the rocket’s twin side boosters touched down back in Florida. By then, the rocket’s sacrificial center booster was freefalling towards the ocean and likely moments away from being destroyed by atmospheric reentry.

Falcon Heavy’s upper stage would operate for another six or so hours in orbit before deploying two US military spacecraft – carrying several satellites and payloads – into a geosynchronous orbit (GSO) around 35,250 kilometers (~21,900 mi), some 21,650 miles higher than the ISS orbits. The extremely challenging mission was ultimately a complete success and was SpaceX’s second such Falcon Heavy launch for the US military in less than three months.

Falcon Heavy has already won multiple NASA launch contracts since its successful February 2018 launch debut, including the basis of the agency’s Gateway lunar space station, the Europa Clipper mission to Jupiter, and the Psyche mission to an asteroid made of metal. Originally scheduled to launch in the second half of 2022, Psyche will be Falcon Heavy’s first dedicated launch for NASA and could lift off as early as October 2023.