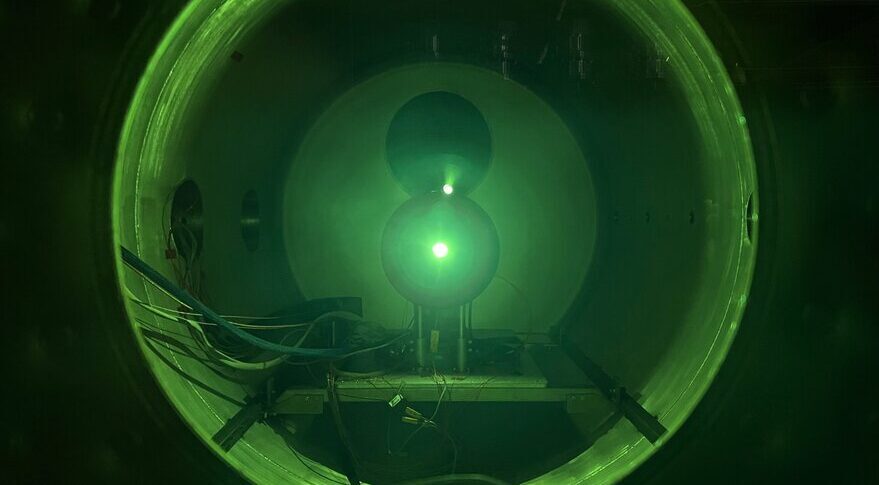 Prices have surged in the last year for the noble gases that fuel conventional electric propulsion engines, which is one of the reasons Phase Four is betting on iodine.

Another is domestic production. In contrast to the noble gases often sourced from Ukraine, Russia and China, Iodine is available in Oklahoma.

“The U.S. is the third largest producer of iodine in the world and all of the U.S. iodine comes from Oklahoma,” Phase Four CEO Beau Jarvis told SpaceNews. “There are no supply chain constraints or volatile cost components.”

That contract “allowed us to start working with iodine and understanding how to flow it, how to store it, how our thruster interacts with it,” said Phase Four CEO Beau Jarvis. “It accelerated our early-stage research with iodine.”

Now, Phase Four is focused on development and testing of the iodine propulsion “to prove to our customers that a it works and that it’s safe to use,” Jarvis said

Phase Four plans to begin selling the Max-V engine commercially in the second half of 2023.

“We want industry to understand you have a non-noble gas option for satellites that are starting to launch at the end of 2023 or the beginning of 2024,” Jarvis said. “We want people to understand their options.”

Max-V engines are designed for a broad range of spacecraft, with power requirements from 200 watts to more than one kilowatt.

Six of Phase Four’s original Maxwell engines are currently in orbit. Another six have been delivered to customers.

Jim Bridenstine, the former NASA Administrator and Republican congressman, joined the Phase Four board of directors in September because he’s convinced that spacecraft will require multimode, both chemical and electric, propulsion in a single system, which is Phase Four’s ultimate goal.

“What we need is we need to be able to maneuver without regret,” Bridenstine said in an Oct. 13 keynote at the Satellite Innovation conference here. “We need to be able to have a high delta-V maneuver and we also have to have high Isp [specific impulse] in the same system, not hybrid with two stovepipe systems.”

For national security missions, high delta-V offers the ability to perform quick maneuvers to avoid collisions or kinetic threats, Bridenstine said. For commercial satellites, the combination promises to reduce the cost of propulsion and improve efficiency, he added.

Eventually, the multimode propulsion systems could be refueled in space, Bridenstine said.