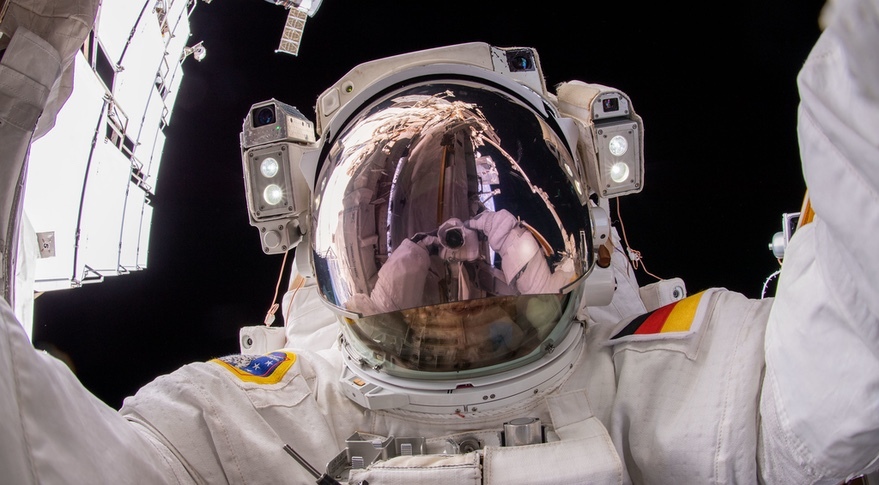 ESA astronaut Matthias Maurer during a March 23 spacewalk, at the end of which he reported water pooling on the visor of his spacesuit helmet. Credit: NASA

WASHINGTON — NASA is ready to resume spacewalks outside the International Space Station after completing an investigation of water found in a spacesuit during a spacewalk earlier this year.

The agency said Oct. 18 it expected to resume spacewalks at the station in mid-November after tracking down the source of a thin layer of water that pooled on the visor of European Space Agency astronaut Matthias Maurer at the end of a March 23 spacewalk. NASA station managers said in May that they were “no-go” for routine spacewalks while they investigated the incident.

That investigation, which included returning the spacesuit Maurer wore to Earth for analysis on a SpaceX Dragon cargo spacecraft in August, concluded there was no specific hardware flaw with the suit itself. Instead, NASA blamed “integrated system performance where several variables such as crew exertion and crew cooling settings led to the generation of comparatively larger than normal amounts of condensation within the system.”

NASA says that, in response, it has updated procedures and developed “new mitigation hardware” to minimize water accumulation and to absorb any water that does accumulate in the helmet. With those measures, NASA says spacewalks can resume on the station.

“I’m proud of the space station and ground teams’ work to keep our crew members safe, for taking the time necessary to close out the investigation, and for continually findings ways to mitigate risks in human spaceflight,” Kathy Lueders, NASA associate administrator for space operations, said in a statement.

The pause in spacewalks had little effect on ISS operations. NASA did not have any spacewalks planned until late this year, when three are scheduled to install a new set of solar arrays on the station. The prohibition on routine spacewalks did not apply to any “contingency” spacewalks that might have been needed for repairs, with NASA station officials saying in May that they would weigh the risk of not doing the repair versus the risk of having another spacesuit issue.

Joel Montalbano, NASA ISS program manager, said at a briefing in August that the first of the three spacewalks would install support hardware for a later set of solar arrays. That would be followed by two spacewalks to install roll-out solar arrays like those installed during a series of spacewalks in June 2021. The solar arrays to be installed on those spacewalks will be delivered to the station on the SpaceX CRS-26 cargo mission scheduled for launch no earlier than mid-November.

The suit incident highlighted concerns about the condition of the aging suits used for ISS spacewalks. NASA awarded contracts to Axiom Space and Collins Aerospace in June to provide spacesuits to NASA for both ISS and Artemis lunar missions. NASA plans to effectively rent the suits from the companies, rather than own them, allowing the companies to offer the suits to other customers.