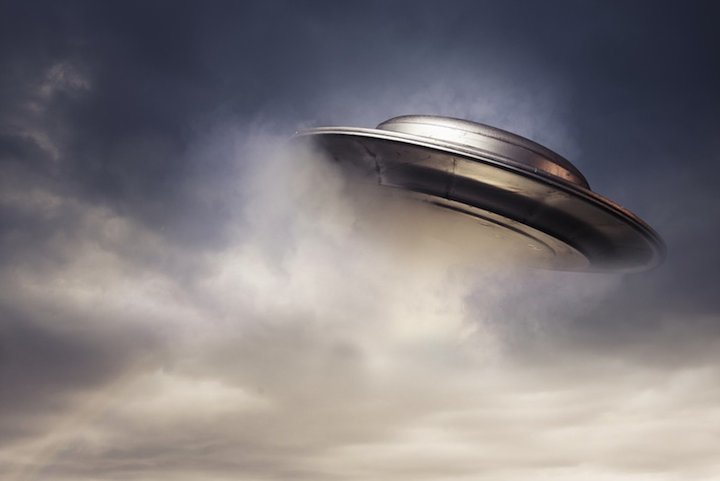 What to make of a Las Vegas building full of unidentified alloys?

The New York Times published a stunning story Saturday (Dec. 16) revealing that the U.S. Department of Defense (DOD) had, between 2007 and 2012, funded a $22 million program for investigating UFOs. The story included three revelations that were tailored to blow readers' minds:

Points one and two are weird, but not all that compelling on their own: The world already knew that plenty of smart folks believe in alien visitors, and that pilots sometimes encounter strange phenomena in the upper atmosphere — phenomena explained by entities other than space aliens, such as a weather balloon, a rocket launch or even a solar eruption.

Point No. 3, though — those buildings full of alloys and other materials — that's a little harder to hand wave away. Is there really a DOD cache full of materials from out of this world?

One of the authors of the Times report, Ralph Blumenthal, had this to say on MSNBC about the alloys: "They have, as we reported in the paper, some material from these objects that is being studied so that scientists can find what accounts for their amazing properties, this technology of these objects, whatever they are." When asked what the materials were, Blumenthal responded, "They don't know. They're studying it, but it's some kind of compound that they don't recognize."

Here's the thing, though: The chemists and metallurgists Live Science spoke to — experts in identifying unusual alloys — don't buy it.

"I don't think it's plausible that there's any alloys that we can't identify," Richard Sachleben, a retired chemist and member of the American Chemical Society's panel of experts, told Live Science. "My opinion? That's quite impossible." 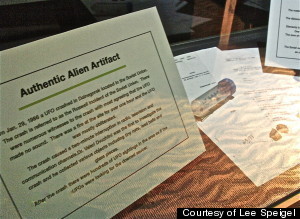 Alloys are mixtures of different kinds of elemental metals. They're very common — in fact, Sachleben said, they're more common on Earth than pure elemental metals are — and very well understood. Brass is an alloy. So is steel. Even most naturally occurring gold on Earth is an alloy made up of elemental gold mixed with other metals, like silver or copper.

"There are databases of all known phases [of metal], including alloys," May Nyman, a professor in the Oregon State University Department of Chemistry, told Live Science. Those databases include straightforward techniques for identifying metal alloys.

If an unknown alloy appeared, Nyman said it would be relatively simple to figure out what it was made of.

For crystalline alloys — those in which the mixture of atoms forms an ordered structure — researchers use a technique called X-ray diffraction, Nyman said.

"The X-ray's wavelength is about the same size as the distance between the atoms [of crystalline alloys]," Nyman said, "so that means when the X-rays go into a well-ordered material, they diffract [change shape and intensity] … and from that diffraction [pattern] you can get information that tells you the distance between the atoms, what the atoms are, and how well-ordered the atoms are. It tells you all about the arrangement of your atoms."

With noncrystalline, amorphous alloys, the process is a bit different, but not by much.

"These are all very standard techniques in research labs, so if we had such mysterious metals, you could take it to any university where research is done, and they could tell you what are the elements and something about the crystalline phase within a few hours," Nyman said.

"There are no alloys that are sitting in some warehouse that we cannot figure out what they are. In fact, it's pretty simple, and any reasonably good metallurgical grad student can do it for you," he said.

Nyman said that if metals did fall from some mysterious aircraft, some forensics experiments would quickly answer a lot of questions about that aircraft.

"How has the hunk of metal changed?" Nyman said. "From my scientist's perspective, that's the kind of question I'd be asking. Maybe, if it has to do with world politics, and we want to know where the metal comes from, maybe there's some analysis that can lead you to where it was mined, or what country uses that particular alloy, that kind of thing."

If the aircraft had come from space, Nyman said, that travel would leave telltale signs in the metal as well, in the form of spacefaring debris and ionization (changes to the electrical charges of the substance's atoms).

Even if a chunk of alloy that hadn't been seen before did fall to Earth from outer space, both Nyman and Sachleben agreed that it wouldn't necessarily have come from an alien craft. In fact, Sachleben said, alloys strike the planet regularly — space-traversing alloys like those found in fairly common nickel-iron meteorites — leaving behind telltale signs. The meteor that wiped out the dinosaurs was even identified by the rare-Earth metals it left behind in certain geological formations in Earth's crust.

It's important to point out that while Blumenthal did go on cable news and say the alloys were unidentifiable mysteries, helping to spur speculation, that's not what his article actually stated. Here's the full quote from Saturday's piece:

"The company [involved in the DOD research] modified buildings in Las Vegas for the storage of metal alloys and other materials that … program contractors said had been recovered from unidentified aerial phenomena. Researchers also studied people who said they had experienced physical effects from encounters with the objects and examined them for any physiological changes. In addition, researchers spoke to military service members who had reported sightings of strange aircraft."

From this statement, there's no actual sign that there's anything unusual about the alloys themselves. All the Times wrote was that the DOD researchers tasked with finding weird UFO stuff collected some metal, interviewed some people who had claimed startling experiences with it, and decided that it was UFO-related.

In an email to Live Science regarding these metal alloys, Blumenthal said, "We printed as much as we were able to verify. Can't go beyond that."

As for whether there's an explanation at least for the metals themselves, Sachleben said: "There's not as many mysteries in science as people like to think. It's not like we know everything — we don't know everything. But most things we know enough about to know what we don't know."

The provenance of the gimbal video is unknown. There is no pilot testimony associated with it.

All of the discussion about whether they're talking about the flir pod rotating.. "LOOK AT THAT THING!" etc. That is of course assuming, am i correct, that we are hearing from 2 pilots in the same jet who are not looking at this object through their windscreen, but purely seeing this and commenting on it while viewing it on a TV screen? Aren't the tv displays in jets pretty small? I'm just trying to get more context here, from a total military layman/noob perspective. Thanks

Is this accurate? We're saying they're both watching one of these screens and misidentifying the rotation based on that? 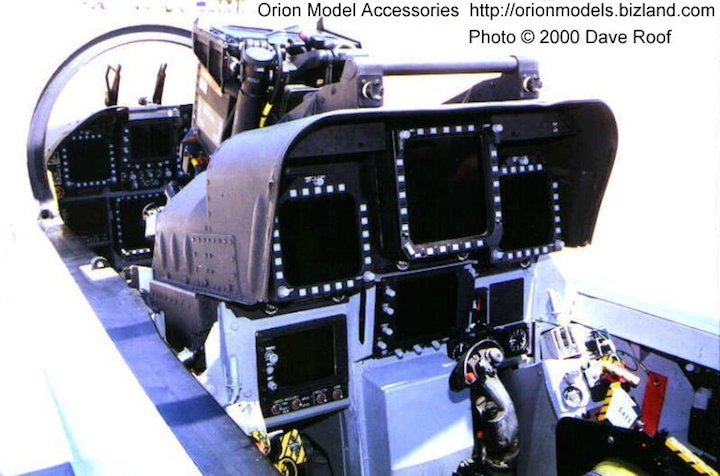 All of the discussion about whether they're talking about the flir pod rotating.. "LOOK AT THAT THING!" etc. That is of course assuming, am i correct, that we are hearing from 2 pilots in the same jet who are not looking at this object through their windscreen, but purely seeing this and commenting on it while viewing it on a TV screen?

You can see the rotation on a cell phone.