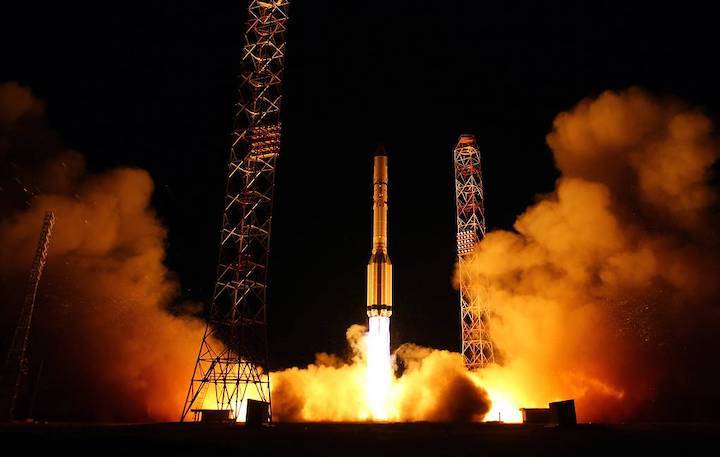 The Proton-M carrier rocket with the Russian Defense Ministry's satellite has been launched from the Baikonur spaceport, the ministry's press service told reporters on Tuesday.

"The Proton-M heavy carrier rocket with the Russian Defense Ministry's spacecraft was launched from the Baikonur spaceport in Kazakhstan at 12:56am," the press service said.

The press service noted that preparations for the launch and the launch itself were carried out successfully. Ground automated control systems were used to supervise the launch and flight of the carrier rocket.

In February, first deputy commander of Russian Aerospace Defense Forces Igor Morozov said that the last launch of Russian Defense Ministry's spacecraft from the Baikonur spaceport will be carried out in 2019. After that, military satellites will be launched from the Plesetsk spaceport, he added.